Best Hiding Spots in Among Us Hide N Seek

Nowhere to hide, except in the vents, and in the corners, and behind your crewmates 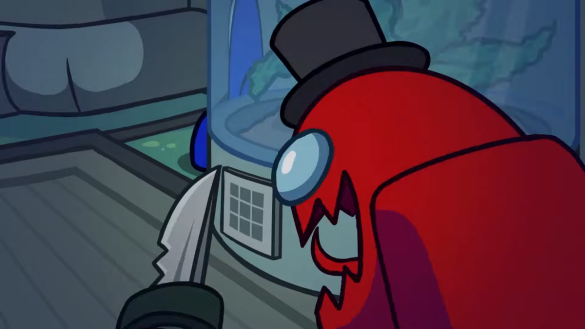 Inner Sloth has just released the best game mode yet for the casual cult classic Among Us. This game mode pits Impostors against Crewmates, but the twist is that there’s no need to figure out how the Impostor is. It’s announced at the start of the game, and their entire objective is to hunt down all Crewmates aggressively.

Crewmates, for their parts, can hide in the various nooks and corners the map has to offer or even take shelter in some of the vents scattered across the map. And while you’re invulnerable in vents, you can only stay in the limited amount of time before you’re forced out. If you’re trying to survive in Among Us Hide N Seek, learning how to navigate the map and utilizing what resources and hiding spots you have is paramount.

There are four maps available to play Hide N Seek on. Here are the best hiding places in all four.

Best Hiding Spots in Among Us Hide N Seek

The original map for Among Us and also one of the smallest. This is the most Impostor-sided map in the game because it is easy to cover the entire map. Your best bet is to be as vigilant as possible about your danger radar in the top left-hand corner and try and ascertain where the killer is. You’ll want to move into new hiding spots when you believe you’re safe to do so. The Impostor is also working with limited visibility.

Communications, Lower Engine, Upper Engine, and Navigation are the best options if you want to camp out.

Upper Engine, Lower Engine, and Navigation all benefit from being on the map’s far reaches, meaning that the Impostor will have to use valuable time to search it. Tuck yourself into a corner and hope for the best. They also have vents. Communications is recommended because, for some reason, people never go in there. If you fear that the Impostor might be closing in on you, the vent to shields is close by, which you can quickly jump in to make a hasty retreat to navigations.

One of the least popular maps to play this game mode on, for good reason. This map is absolutely busted if you’re a crewmate. The way vents are set up to ensure that, with enough vent chances, you will never, ever, ever be caught. That’s because you can jump to almost anywhere on the map using any vent.

The best hiding spots are any room near any vent. But if you don’t want to abuse that too much, I had great success standing in the top right corner of the Laboratory on top of the vent. You’ll likely see your danger meter go blue, yellow, back to blue, and eventually empty in a repeating cycle. That’s because the killer is unlikely to invest the limited resource; they must check every corner.

Laboratory and Reactor are especially good for this because they both have vents and are protected by the decontamination door, which further chips away at the Impostor’s time. Another good option is the Balcony or even the Greenhouse. Both locations are fairly out of the way and offer egress to other locations, allowing you to loop behind the Impostor, who likely has less vision than you.

Polus allows you to hide across an arctic base, offering outdoor and indoor outdoor areas to explore. This map is significantly bigger than The Skeld and, thus, is much more forgiving for Crewmates. Perhaps that’s why it’s difficult to find a game.

But there are a few excellent hiding spots. One of the cheekiest is the Dropship. No one expects you to be back in spawn, there are no tasks to do there, and it’s fairly out of the way. It’s also flanked by two vents, giving you some easy exit points that bounce between each other.

O2 is another great option, as it’s on the far left side of the map. The top room also has a vent, which will bump you to two different places, giving you time to retreat.

I’d recommend the walkways on either side of the dropship, but you can’t fully hide behind them, nor is there a way to escape should you get cornered. And even worse, I got stuck there when I did try to hide there.

Other good hiding spots are at the very south-most bottom of the map, tucked behind the exit on the left side of Admin. You can stay in that corner for some time before the Impostor where you are. And when you sense you’re about to get cornered, pop into the hole, and you’ll wind up back in Admin.

Airship is a massive map you’re unlikely to see Hide N Seek on if you’re playing a Public Match. Not only because of the sheer size of the map, but because of how the vents are distributed. Many vents connect to rooms that are a significant distance away, meaning that the Impostor will probably be unable to head you off.

But if you do find yourself playing it, park yourself in either the Cargo Bay or Cockpit. Both rooms are on the far side of the map, and both have access to vents that will keep you safe from the Impostor. The Cockpit offers further distance from the Impostor should they find your hiding spot, but Cargo Bay offers more ways to escape and lose them.

If you don’t want to really abuse the vent system, a good choice is to take advantage of the far-right side of the Meeting Room or the corners of Electrical. The Meeting Room won’t give you a chance to escape, but it’s also unlikely for them to push all the way in. The Armory offers similar hiding spots in its strangely angled corners.

The Vault is also a fun hiding spot, as you can run around the sides of it, hopefully skirting the limited vision of the Impostor.

No matter what map you play, you’ll likely have a blast in this new mode. It’s especially fun with friends who know how to take advantage of the chaos.