Touching grass is overrated. Play some great games and save some money instead! 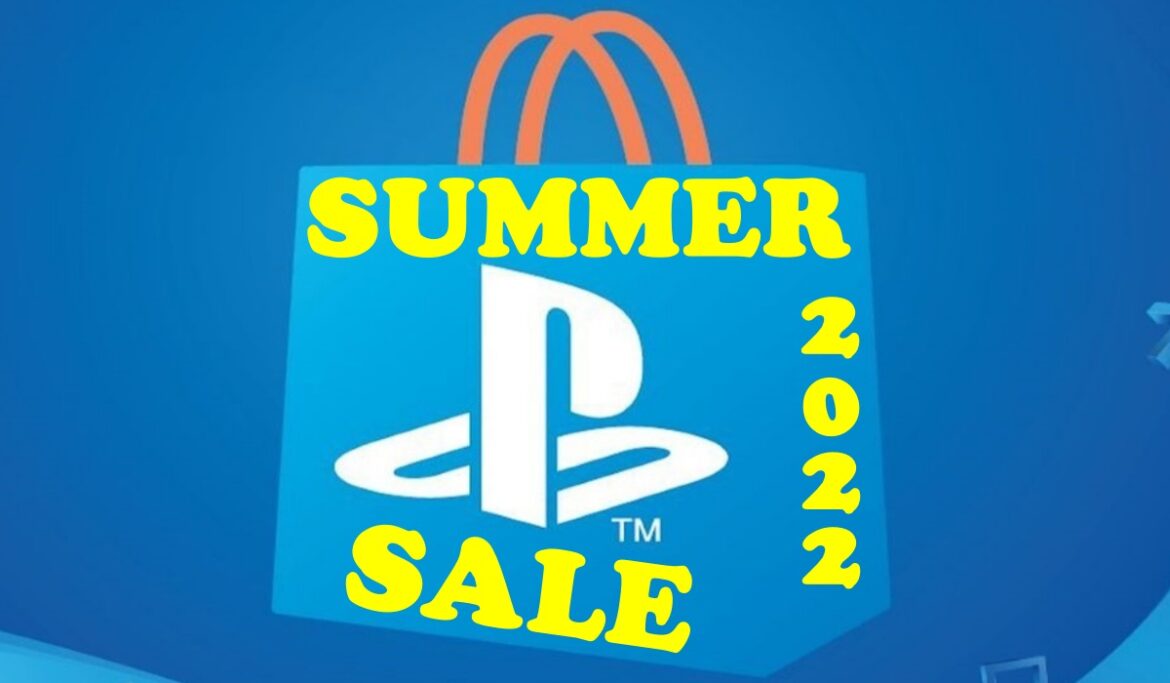 With summer in full swing, the PlayStation Store recently released its 2022 “Summer Sale,” one of the biggest promotions of the entire year. The PlayStation Summer Sale is brimming with deals for games spanning from small indie hidden gems to massive, AAA classic titles. These discounts will be available until early-mid August (depending on the game) and this guide will solely focus on the best bargains which will help you maximize your hard-earned money and provide you with endless hours of entertainment, at a fraction of the usual cost. (Note: Games that are available for free to PlayStation Plus subscribers will be excluded from this article).

This action-adventure indie title about a fledgling soul-reaping crow, who must embark on a quest for its own soul after a botched mission, came to PlayStation on November 23, 2021. “Death’s Door” won “Best Indie Game” at the 2021 Golden Joystick Awards thanks to its impressive Zelda-like, Souls-lite, dungeon-crawling gameplay. While 40% is not a massive discount in comparison to some of the other deals, with both the PS4 & PS5 versions available in one bundle, Death’s Door is a must-buy at this low price point and will be available at a discount until August 4.

The debut release from the independent ZA/UM studio is truly unlike any other game you will ever play. A love letter to tabletop RPGs of yore, Disco Elysium blends pen and paper role-playing mechanics with politics, humor, substance abuse, and detective work to concoct a compelling mystery story, along with a memorable cast of characters. The acclaimed RPG won “Best Narrative,” “Best Independent Game,” and “Best Roleplaying Game” at the 2019 Game Awards, and was released in its “Final Cut” form in March 2021 with updated voice acting and additional content to an already substantial campaign for both PS4 and PS5. Nearly a year and a half later, you can now scoop up Disco Elysium for both consoles at half price until August 4.

This game requires players to control a movable hole in the ground. While that might sound like a stupid concept, somehow Donut County turns that bizarre premise into a humorous, light-hearted, relaxing, short, but sweet experience. Released in 2018, it is a textbook indie game that is truly hard to classify in any particular genre, but it is definitely worth a try at just under $4, which will be its price until August 4.

The fourth installment in the main Fallout series continued the success of previous iterations in 2015 with its retro-futuristic science fiction storytelling, taking its massive post-apocalyptic wasteland setting into the open world of Boston, Massachusetts. Unfortunately for PlayStation gamers, Fallout 4 will possibly be the last mainline installment of Fallout ever released onto PlayStation consoles after Microsoft’s acquisition of Bethesda Softworks in 2021. Thankfully, the Fallout 4: Game of the Year Edition is available for PS4 with all six of its expansion packs included at one-third of the original price until August 4.

The sophomore effort from Hazelight Studios proved to be extremely fruitful, as the critically acclaimed It Takes Two picked up a variety of awards and nominations after its release, including winning “Game of the Year” at the 2021 Game Awards. This unique, family-friendly platformer requires a co-op partner in its gameplay that combines puzzles, minigames, and cooperative action to tell its award-nominated story of a husband and wife in the midst of a divorce, who must work together to find a solution when “their minds are transported into two dolls, which their daughter made to represent them,” as Hazelight’s website so perfectly describes. This game of the year winner can be purchased for both PS4 and PS5 at half price until August 4, but just remember to bring a friend or find a co-op partner because as the title says, it takes two.

While “one does not simply walk into Mordor” according to Boromir, Middle-earth: The Shadow bundle lets players slash, decapitate, brutalize, and mind-control their way through Sauron’s domain in the two full-length adventures, Middle-earth: Shadow of Mordor – Game of the Year Edition and Middle-earth: Shadow of War – Definitive Edition. Featuring its unique, patented “Nemesis System,” these two games based on the Lord of the Rings lore, allow players to battle the forces of Mordor and forge their own armies of Uruk-hai through the role of Talion (aka the Gravewalker), a ranger of Gondor, and his mysterious ghostly Elven counterpart whose soul is intertwined with Talion’s for reasons unknown. Middle-earth: The Shadow Bundle comes with all DLC packs for both games, and is available at this massive price reduction until August 18.

Resident Evil 2, the 2019 remake of the 1998 classic, is a masterclass in survival horror that follows the unique stories of rookie police officer Leon S. Kennedy and college student Claire Redfield, who must navigate the many terrors of the zombie apocalypse plagued Raccoon City and its labyrinthian locations. The deluxe edition includes both the PS4 version and the recently upgraded PS5 version, as well as a variety of costumes, a deluxe weapon, and even the soundtrack to the original Resident Evil 2. The game will remain at this discounted price until August 4.

Star Wars Jedi: Fallen Order is a Souls-like, Metroidvania-esque action game set in the world of Star Wars that introduces a new character, Cal Kestis, a former Jedi Padawan, who finds allies in his effort to escape pursuit from the Empire and their Inquisitors. Through a combination of force powers, lightsaber skills, and a variety of customization and difficulty options, Star Wars Jedi: Fallen Order is a worthy purchase for Star Wars fans, particularly at this 75% discounted rate, which will only last until August 4th.