Your settings are just as important as the loadout. 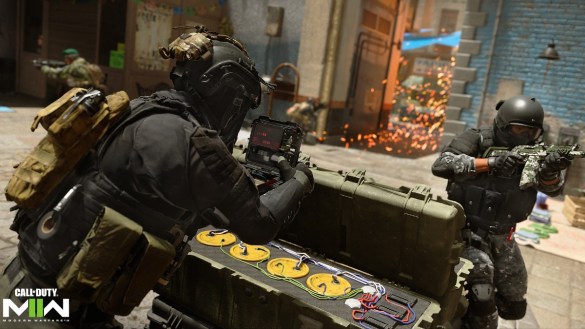 There are a million Modern Warfare 2 loadout guides out there, but none of them matter if your controller settings aren’t in tip-top shape. If you want to make the most of your weapons in Call of Duty, then your gameplay settings need to work with you, not against you.

Every player has slight variations to their settings, and there are peripherals that can change what settings we use, but we’ll get into that after. This guide isn’t about all the peripherals that exist for COD, but instead, how to make the most of the standard controller settings in Modern Warfare 2.

Because controller settings are subjective to a degree, we’re going to throw some opinions into this guide. I want players to be aware that most streamers or professional Modern Warfare 2 players are using some kind of Scuf controller. What does that mean for this guide? Well, their controllers have more buttons and they can be mapped to custom actions. In other words, the settings they use are useless for the average player.

I’ve played nearly 100 Game Battles using standard controller settings since Modern Warfare 2 was released, and I promise, these settings have been more than enough. They are more than good enough to pub stomp most lobbies, regardless of the SBMM as well. My suggestions may take some time to get used to, but you’ll be able to find slight alternatives as well. The important thing is that these settings will work with any controller.

The most important part of those settings is the button layout. Bumper Jumper Tactical places the crouch on the right stick and the jump on L1/LB. Without a Scuf or Bumper Jumper Tactical, movement and jump shots are much harder. On a standard button layout, the jump is on X/A. That means you have to remove the thumb you use to aim in order to jump. Against players who can jump and aim, it’s over.

Bumper Jumper Tactical takes some getting used to, but it is absolutely the best option for players who use a standard controller. Your next best option is to simply use the Tactical layout. It’s almost as good, but again, jump shots and movement will be much harder. Best of luck with the layout you choose!