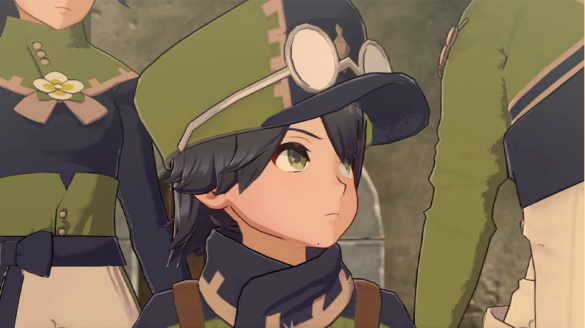 If there’s one flaw that Fire Emblem Engage suffers, it’s that the characters you gain in later chapters and missions far outpace the ones you receive at the very start. That puts the units we’ve had at the very beginning, units we might have even gotten fond of, in a strange place. Is it possible to make those units, like Jean, better than a benchwarmer? Here’s the best class for Jean in Fire Emblem Engage.

Jean is a character you get early on in an optional Paralogue, and he’s filled with the spunky Gotta-Save-The-World energy you really want from your child soldier. As the son of a doctor, he’s a natural healer. And like any child, he really wants to kick your shins. Which explains his base class: Martial Monk / Qi Adept.

Martial Monks are healers that are essentially capable of taking a slap to the face while moving with their team, giving them slightly longer longevity than healers of the past. And, like most base classes, you’re going to want to move Jean out of it as soon as possible. But to what?

The answer boils down to two choices: High Priest and Martial Master. And here’s where things fall apart. In Chapter 12, you’ll recruit SPOILERS SPOILERS SPOILERS Pandreo, a character who is already classed as High Priest. And because Jean simply has worse base stats, even if you promote Jean into a High Priest to compete with Pandreo, he’ll fall short. That makes the promotion a waste of a Master Seal. Still, it’s not a terrible option if you’re determined to bench Pandreo and keep Jean, as Jean naturally has all the proficiencies to become a High Priest.

But if you want to keep Pandreo as your mainstay healer, then the best option is to run Jean as Martial Master. In doing so, Jean works with Pandreo instead of being a less good version for him. And he can do that because of the Martial Master’s class ability: Diffuse Healer.

Diffuse Healer essentially means that when Jean is healed by a staff user (which Pandreo is), all allies adjacent to Jean will receive 50% of the HP Jean recovers. Excellent, if you intend to frontline Jean and have him run in a death ball formation with your tankier units.

Martial Master also works better for Jean’s character growth rates… which aren’t particularly great. That’s because High Priest as a class works better on characters with high Magic growth rates. And Jean has a magic growth rate of 20%… which isn’t particularly impressive. What closes the gap between him and the red head from Solm is Jean’s skill, Expertise, which does boost his stats. If the cards fall just right, Jean can even edge him out by the time he hits Level 20.

Martial Master also would prefer it if the character classing into it had decent magic stats, but there’s more diffusion towards Defense and Luck, which Jean does slightly better on.

Ultimately, the best class for Jean is the class that lets him sit on the bench, while better units take one of the limited slots you’re given for each mission. But if you’re determined, Martial Master works slightly better for Jean. But High Priest is fine, too, if you refuse to run Pandreo.