The Basilisk brings a bite to MW2. 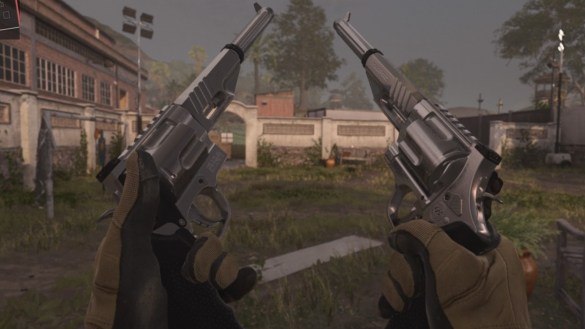 Nearly every Call of Duty game has a featured revolver weapon that either falls flat or provides some incredible power in the form of a secondary weapon. The Basilisk is the revolver weapon found in Modern Warfare 2, and just like the game in 2019, this secondary packs some serious damage.

One of the craziest attachments for the revolvers in the Modern Warfare reboots is the Snakeshot ammo. But even in MW2, the Basilisk is a one-shot kill to the head using normal ammunition. Our loadout guide will go over the best way to build a loadout for this new revolver.

There are a couple of ways to build the revolver in MW2, but in this guide, we’re going to focus on the Snakeshot version of the weapon. Snakeshot makes the ammo work like a shotgun round with a pellet spread. Along with that ammo, you can find all the necessary attachments below.

The only attachment in this list that helps with damage is the 10.5″ FTAC Arrow barrel. Considering this build will feature dual wield as a staple, having enough range is important, especially when there is spread involved. In that regard, the FTAC Arrow is the only real option.

Two of the key attachments are the Akimbo Basilisk rear grip and the .500 Snakeshot ammo. Running around with two of these revolvers that essentially shoot like a shotgun is a recipe for some easy kills. Those looking for a good secondary should look no further.

Our last pieces are both supporting additions to assist in the overall loadout. The Basilisk Grip Laser will help with the mobility and the hip fire accuracy of the revolver in Modern Warfare 2. Having the S40 Rapid Loader will also ensure we’re moving fast with this class.

And that’s all. For more on Call of Duty, head over to our dedicated Modern Warfare 2 section full of guides, news, updates, and more.