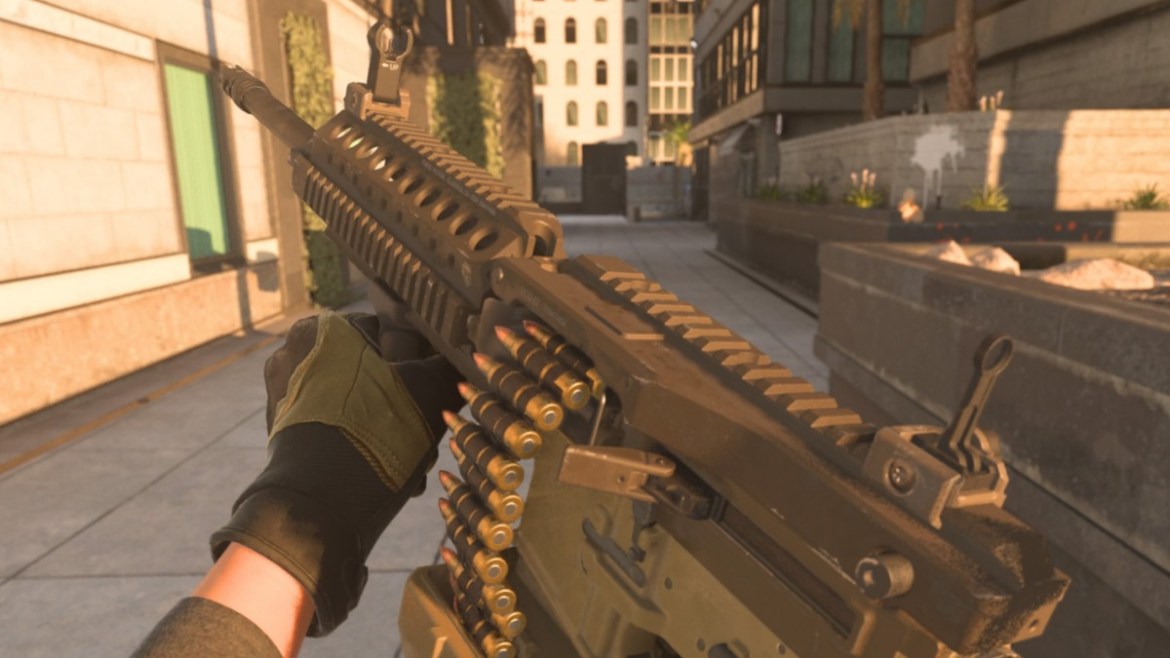 One of the first light machine guns you’ll encounter in Modern Warfare 2 is likely the 556 Icarus, and as a starter weapon, it’s a great way to break into the LMG class. Compared to the other early light machine gun, this weapon has tons of control and some decent mobility.

Because mobility and control are the main positives for the 556 Icarus, much of the loadout will work to enhance those traits. That way it can be used as an assault rifle and light machine gun hybrid. Our loadout will cover all the attachments needed for the best Icarus loadout in MW2.

Most of the loadout will focus on the control aspect of this light machine gun. We still need at least one piece to keep the weapon at a baseline of mobility, but the benefit is the laser beam from the barrel. Every attachment you need can be found listed below.

Our one major speed attachment is the Ravage-8 stock. This adds a ton of ADS and sprint-to-fire speed, along with increased aim-walking-movement speed. This adds some fairly significant decreases to control overall, but with so many other attachments, it won’t matter.

The TAC Coldforge 16″ Barrel and the FTAC Castle Comp will work to reverse the Ravage stock. These have a ton of combined recoil control and damage range that allow the 556 Icarus to melt enemies at nearly any range. Without these, you’ll be missing out on a ton of potential.

For the grips, we have the VX Pineapple and the Sakin ZX Grip. Recoil control and accuracy are the main focus for these pieces like the previous parts of the loadout. Combined with everything else, you’ll have a beast of an Icarus in Modern Warfare 2.