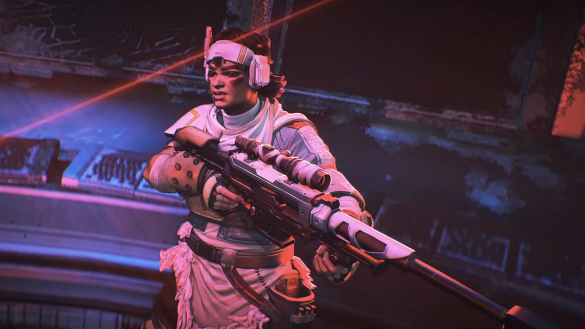 Apex Legends has been a strong, first-person presence across all platforms since 2019, drawing in both new and longtime players with a wide cast of interesting characters with varied skills. There’s a Legend for any play style and any strategy. But where do they land when it comes to actually beating the competition?

Here’s a tier list that reflects the pick rates made by the Apex Predators and Master players. But it’s important to note that all heroes have viability and what makes them strong is the person controlling them. Nothing can replace game sense, accuracy, and pure mechanical skill. And what’s best at the top ranks might not necessarily be the best at lower ranks, so use the Legend you feel most comfortable with and that you have the most fun with.

The legends that find themselves here, Horizon, Pathfinder, Wraith, and Octane, all have one thing in common – they’re incredibly mobile and can engage and disengage far easier than most legends. This makes them both excellent solo picks and great initiators. Horizon has a pick rate of 22.9%, Pathfinder 15.5%, and Wraith at 14.7%.

The three legends that find themselves at A-Tier, Bangalore, Seer, Octane, and Bloodhound, all surprisingly have great synergy. Bangalore can drop the smoke, and Bloodhound and Seer can identify threats. But what likely draws these legends into A-tier is their ability to identify threats (or potential victims), with Seer and Bloodhound and their ability to initiate and disengage with Bangalore and Octane. Both Bangalore and Octane have abilities that make them unique, but Pathfinder and Wraith can do it better. Still, they’re great choices, as Bangalore is more well-rounded, has defensive capabilities with her Ultimate, and supportive capabilities with her tactical. Octane also provides consistent speed, which is something that some players look for. These legends all have pick rates between 7% and 6.1%.

The legends at this tier have utility but struggle to perform optimally within Apex Legends’ current arena at such a high rank. That’s not to say they can’t wreck, they absolutely can, but it’s likely there are easier legends to dominate on. The legends in B-Tier include Valkyrie, Loba, Lifeline, Mad Maggie, and Wattson. In general, these legends are low mobility and team dependent.

Valkyrie is still meta within the competitive sphere, even after her nerfs, but the way Apex Predators play in pubs versus how pros play in tournaments is very different. In tournaments, teams want to place as high as possible and that’s done by rotating around the map and only selectively engaging in team fights. In contrast, Apex Predators tend to chase kills more, as kill points are essential for maintaining rank. Ratting is simply not an option. Otherwise, the other members of this Tier have their moments in team compositions and in strategies, but it’s easy to break these teams down. These legends have a pick rate of 2% to 1.5%.

Defensive legends struggle in the highly mobile and highly aggressive arena that is Apex Legends, especially in a high tier where you’ll need to claim as many kills as possible before the game ends. For that reason, the legends that find themselves in C-Tier are primarily happiest sitting in a building or defending territory. They are: Gibraltar, Catalyst, Crypto, Ash, Fuse, Caustic.

What’s strange here is Ash’s placement. Ash used to be a legend with a fairly high pick rate, but as seasons have passed, she’s fallen to the wayside in favor of old favorites like Horizon and Wraith. It’s possible that this is because Wraith has a fairly similar kit, but Wraith’s tactical, Into the Void, has a higher utility than Ash’s Arc Tether, which is something that many players believe needs a buff. The legends at this tier have pick rates between 1.3% and .8%.

The lowest tier available for this list, these are the legends that are almost unicorns on the battlefield. This is because they are all low mobility or have abilities that simply don’t work at high levels of play. They are Mirage, Rampart, Revenant, and Vantage. It’s unfortunate, but many players at this skill rank know how to identify a decoy from the real Mirage, work around Rampart’s shield and minigun, avoid Revenant’s massive tactical, and avoid Vantage’s obvious red beam ultimate. They have pick rates of .7% to .5%.