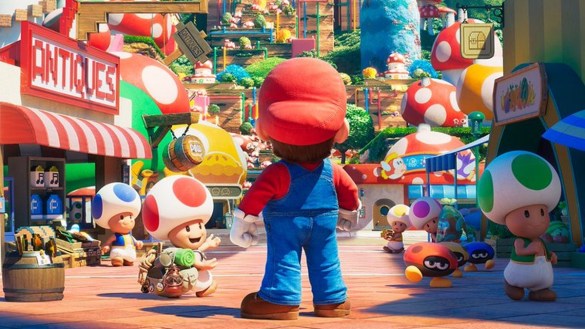 Nintendo, Illumination Studios and Universal Pictures are bringing Super Mario to theaters worldwide, starting on April 7, 2023. Directed by Teen Titans Go! co-creators Aaron Horvath and Michael Jelenic with a screenplay from Matthew Fogel (Minions: The Rise of Gru), this is the third time Nintendo has produced a movie based on its Mickey Mouse-level mascot.

A teaser trailer revealed The Super Mario Bros. Movie for the first time (officially) during New York Comic Con, but not before Mario’s new look was leaked by marketing materials from McDonald’s. The voice cast is full of the usual Hollywood actors instead of career voice talent, with a guest appearance by Mario’s traditional VA Charles Martinet. Here’s the full cast.

This is the full voice cast as of the original announcement from Shigeru Miyamoto during the September 23, 2022 Nintendo Direct. No further actors or characters have been announced since. The Super Mario Bros. Movie was originally set for a December 21, 2022 launch as a big holiday season blockbuster, but had to be delayed.

Nintendo first adapted Super Mario Bros. to film with the 1986 Japan-only theatrical anime feature Super Mario Bros.: Peach-Hime Kyushutsu Dai Sakusen! or “The Great Mission to Rescue Princess Peach!” roughly translated. Following that was the infamous Hollywood Super Mario Bros., released in 1993 and considered one of the worst movies ever made (since developing cult status, of course). While neither film is supported by Nintendo in any modern capacity, community-driven efforts have led to a 4K restoration and extended cut respectively.