All New Recipes and Dishes in Genshin Impact 3.4

Kiss the cook (it's Alhaitham) 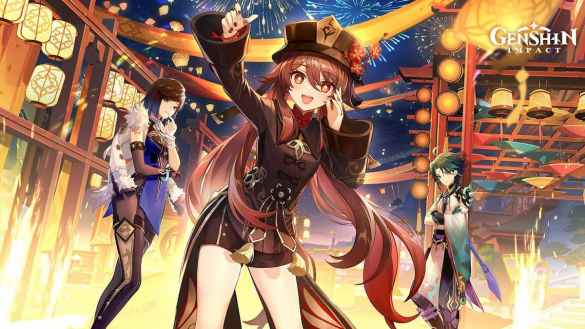 Food is essential for traveling through the world in Genshin Impact, so getting as many recipes at your hand as possible is always a good call. Or maybe you just want to collect those dishes because they look pretty. Version 3.4 made sure that this trend continues with its newly introduced recipes.

There are a few recipes introduced in this version, and here you’ll find out how to get each of them.

All the New Recipes in Genshin Impact 3.4

There was a total of 4 new dishes introduced in this version, with two of them being actual recipes and the other two being Alhaitham and Yaoyao’s Specialties.

The two recipes are Sabz Meat Stew and Scented Meat Balls, and both can be bought from Lambad in Lambad’s Tavern in Sumeru, next to the Katheryne Waypoint. Both cost 5000 Mora or 4500 with a special Discount from leveling Sumeru’s Reputation.

While the first one is a regular HP-restoring dish, the latter is the first dish in the game to recover a random amount of health to a character, with bigger regeneration depending on the dish’s quality. It uses the new Mysterious Meat as an item, so that’s probably why.

If you use Alhaitham for cooking Sabz Meat Stew, there’s a chance he’ll produce Ideal Circumstance instead, which is an even stronger food than its “delicious” version. Chances are random, so you must keep trying until you get it.

Yaoyao has Qingce Household Dish as her dish. The base recipe, Qingce Stir Fry, is obtained by completing the World Quest Will of Stone in Liyue, which you may have already done a long time ago. Check if you have the dish, and if you do, bring Yaoyao to the Kitchen to get its new version.

Specialties have no achievement related to them and are more of a collector’s thing, as you’re usually better with just cooking with whichever character may give you an extra dish. But they are always a nice sight, and even contain a little extra info on the characters, so why not try to get them?