All MW2 Removed Maps and Why They Were Removed

If you change the name, it's all legal, right? 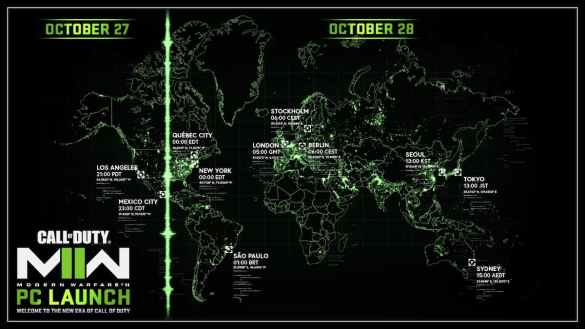 If you played the Call of Duty: Modern Warfare 2 beta, you likely had the opportunity to explore Valderas Museum, a map set in Spain where you fight enemy combatants in sandstone polished halls, between paintings and ancient relics. It’s a gorgeous map, and its disappearance immediately alerted players to the fact that something had gone amiss.

But if you’re a fan of the arts and you’ve been to Los Angeles, you might have felt the map looked familiar. Valderas Museum is an almost exact copy of the J. Paul Getty Museum in Los Angeles, California. The paintings might be different, but there’s no mistaking the distinctive architecture.

The map is so similar, in fact, that some speculate that the Valderas Museum’s might be the subject of a copyright claim pursued by the J. Paul Getty Museum, as it’s unlikely that Activision received licensing rights to use the museum’s likeness in its game.

But no concrete evidence has arisen and neither Activision nor Infinity Ward has made a comment on the map’s disappearance, leaving us to theorize as to why it’s gone and whether this fan-favorite map will return.

Will Crown Raceway Be Removed from Call of Duty: Modern Warfare 2?

While live, a pro Call of Duty streamer stated they wouldn’t be able to play Crown Raceway on stream. He didn’t elaborate, but this has raised speculation that Activision is currently handling a copyright issue in regard to the map.

Crown Raceway, while not an exact replica, is conspicuously and significantly inspired by the famous F1 track, Marina Bay. The map’s original name, Marina Bay Grand Prix, even makes reference to this homage.

While the map hasn’t been removed from the rotation, it will not be used during the Call of Duty League games in 2023.

Will the Breenbergh Hotel Be Removed from Call of Duty: Modern Warfare 2?

Unfortunately, the Valderas Museum and Crown Raceway are not the only maps under scrutiny. Activision’s penchant for hyper-realistic maps is often an immersive godsent but seems to take ample inspiration from real-life locations.

The hotel manager, Roy Tomassen, spoke on behalf of the Conservatorium Hotel, stating, “More generally, we don’t support games that seem to encourage the use of violence. The game in no way reflects our core values and we regret our apparent and unwanted involvement.”

But for now, it seems the Breenbergh Hotel will remain in rotation.