Xenoblade Chronicles 3 Review | An Epic for the Initiated

Unsurprising in its scale, among other things. 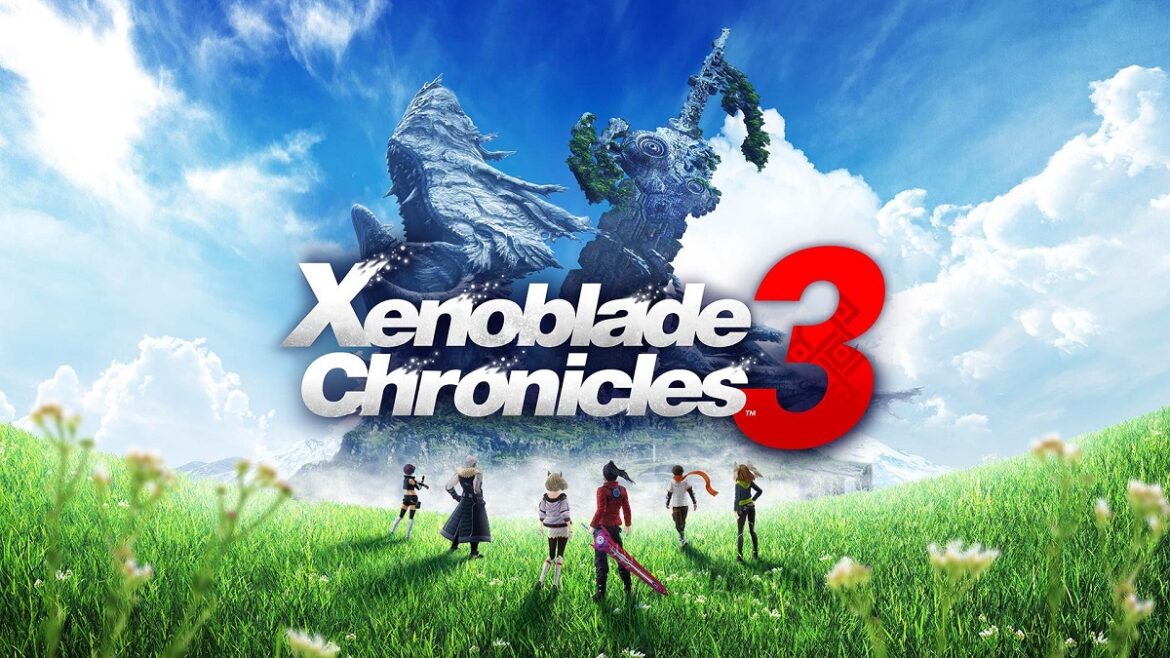 I am not the type to regularly delve into an adventure with a 50-hour story and another 100 hours of side quests. My favorite RPG of all time is a little-known Squaresoft joint on the PS1 named Threads of Fate, and that’s primarily because the main characters had rad weaponry. So, why am I reviewing Xenoblade Chronicles 3? Because I know I’m not alone in my lack of experience in the genre, and appealing to players in that same boat ensures a healthy future for this type of long-form narrative. So, even if you’re steeped in the lore of Aionios, even if you’ve already checked off every Collectopaedia Card, read on to see how Monolith Soft’s latest looks from fresh eyes.

As you can tell from the 3 in the title, Xenoblade Chronicles 3 is a follow-up to a series first published on the Wii in 2010. The more extensive Xeno metaseries goes all the way back to the PS1 days, and it’s entirely possible that I played a Xenogears demo in the time immediately after enjoying my adventures with Rue and Mint. All this to say that there’s an imposing legacy here even if the main story doesn’t follow on directly from any past game. I purposefully went in with only vague memories of RPGs past and my skewed expectations, and the experience was enlightening, to say the least.

Related: Everything New in the Xenoblade Chronicles 3 Expansion Pass

The first thing that really hits you about Xenoblade Chronicles 3 is how similar it’s beginnings feel to the start of a mobile game. There are hours of epic cutscenes telling the beginnings of a tale about orphans with iron blood, but the gameplay systems assume that you’ve never picked up any game more complicated than Tetris. Every time I started to have some measure of control, it was ripped away so I could be forced through another systems tutorial or nudged in the direction of a new menu.

I know this is how many games operate nowadays, but it’s unbelievably frustrating for someone who prefers experimentation with a light touch of guidance. Even with all its complicated systems, I feel like I would have been more engaged if Xenoblade stopped holding my hand and let me run around their equivalent of the castle grounds without telling me exactly how to slay the fantastical bunnies and fish.

Of course, I never had complete control of any of the combat due to Xenoblade trying to split the difference between a turn-based system and real-time action. Attacking any monster in this universe involves simply walking up to your foe and letting your avatar take care of the button mashing. I guess I understand this due to the sheer volume of sword swinging you’re apt to do throughout the game, but there’s something about the whole idea that doesn’t sit right with me.

You do get to choose when you use your special moves (and eventually swap out between a whole mess of them like your characters are overcharged Pokemon), but it took a long time for the strategy of when and how to use these moves kicked in. For most of my experience, my flashiest techniques felt less like rewarding strikes and more like cooldowns locking my true damage potential behind a timer. Even towards the end of the campaign, when I was fusing characters into giant robots and wiping away hordes of foes, the entire system never really clicked in the way I would’ve liked, but that could just be personal preference.

In stark contrast to my opinions on RPG combat, the vast open world of Xenoblade Chronicles 3 deserves praise. Aionios is full of nooks and crannies to explore if you’re willing to conquer optional combat encounters and the repetitive voice lines that come with them. There are endless items to collect throughout the map, all of which fuel the economy and a variety of fetch quests for NPCs. I am much more tolerant of hoarding items than I am of watching combat happen without my input, so I immensely enjoyed seeing how many knick-knacks I could turn into upgrades and XP on the way to my next objective.

Although I enjoyed the collecting-fueled side quests, I do feel like there was a missed opportunity regarding how little of the game took advantage of the beautiful landscapes your team traverses between story beats. No matter the biome or how many hours I traveled, I kept expecting something surprising to pop up on my way to this or that military base, but it never arrived. If someone wasn’t as interested in collecting baubles as I am, they’d likely find these environments pretty dull.

Most players who go into an RPG like this are attuned to the specific style of storytelling they provide. I indeed recognized some tropes from my time watching anime on Toonami many years ago, and revisiting them in a game was a nostalgic novelty. Despite that, it didn’t seem like there was a lot here that broke the mold. Even as a newcomer to the genre, I could see where character arcs were going and predict lines of dialogue more often than I’d like. Considering how many hours it takes to get to the end credits, I wish there was more here to engage me.

The one thing that did surprise me is how little Xenoblade Chronicles 3 prepares newcomers for the unique aspects of its world. I wasn’t prepared for a cast of characters that spoke like British orphans in a production of Oliver Twist, but I guess that’s my fault for choosing the English voice acting. I also found the token mascot characters called Nopons to undercut any emotions the story achieved. The little fluffballs speak without proper grammar and bring up comic relief that the other characters often fail to acknowledge. It’s a weird dynamic that contributed to my overall blase feelings toward MonolithSoft’s narrative.

I’m glad I spent a few weeks with Xenoblade Chronicles 3. The experience didn’t make me a JRPG diehard, but expanding your horizons is always good. For anyone in a similar boat, this probably isn’t the game to start with, thanks to its overlong length and a combat system that can come off as tedious to the uninitiated. If you’re more used to action games, plenty of other RPGs split the difference better and still provide a stepping stone towards this end of the pool. However, even if you like this gameplay style, I have to imagine there are better ways to invest your hours out there.