The long-expected sequel is finally with us. 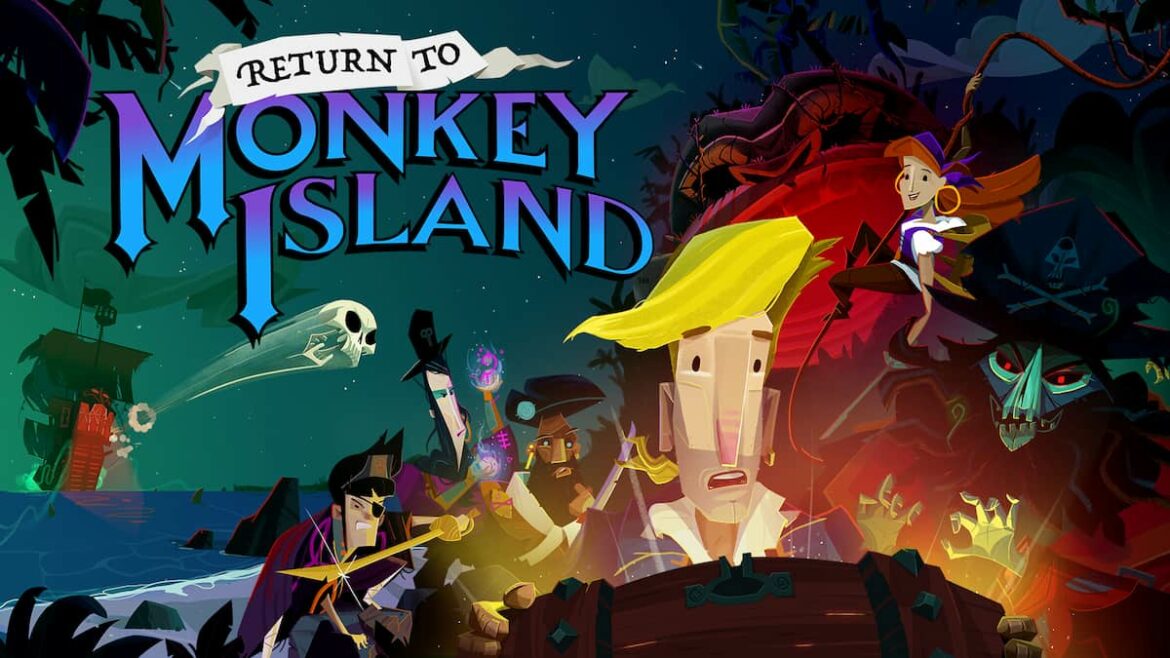 After so many years, it is finally here! And I must say, that it’s definitely worth it. Ron Gilbert definitely still has it in him. As a reminder, the original game “The Secret of Monkey Island” was released way back in 1990. Now, I assume that most of you reading this have played at least one or two of the games before, but even if you didn’t, the start of RtML offers you a recap of the entire lore so far so no worries if you haven’t.

Monkey Island has been on hiatus before so it’s nothing we aren’t used to, though I don’t really like the delay even though there were legitimate reasons for it to be in place. However, as emphasized before, it was worth it, and we hope that there will be space for more adventures starring Guybrush Threepwood in the future.

To kick things off, we all know that each game basically had different graphics and different art styles. With deepest apologies to all hardcore fans, I must start off by saying that I do not dig the new style. I appreciate that a lot of people like the change and that the new style fits well, but I am still a child that loved to play Curse of Monkey Island over and over and over and over again (if anyone remembers, it was originally delivered without sound on floppy disks, but eventually you could get ahold of the version with sound) and that old-school, traditional, “cel” animation just pushes the right buttons with me. The effort to animate Curse was probably tremendous, and that’s one of many reasons why that title is legendary.

But let’s return to the Return. Graphics are the only thing that don’t “do” it for me. After rewatching a couple of gameplay videos for all of the previous titles, I’ll say that this style is at the bottom of my personal tier list despite seeing the effort behind it and the art style fitting in the “modern era.”

The Notorious “Graphics” Mentioned All Over The Internet

However, I will admit that the rest of the game overshadows that “problem” and I kind of, subconsciously, managed to somehow “repack” it and imagined it as though it were done with the old style. If you have the desire to throw (bottled) tomatoes my way, I understand and by all means, do so. The storyline is great, and there are many references related to previous titles in the series which I want to discuss in more detail but I promised that there won’t be any spoilers here.

The entire game is a nostalgia trip back to the 90s point-and-click adventure game era, and all Monkey Island fans will probably be happy with this title. You will encounter many challenging and mind-boggling puzzles (there are two difficulty levels as usual, with the harder level having more complex puzzles) and the dialogue is as always, witty and funny, well thought out, and well written. Great commendation for all of that from me.

Return to Monkey Island is the Soul of the Franchise

This is what video games are about: being immersed in a quality story and feeling like you are involved in it personally. Modern games sometimes fail to deliver this sentiment to the audience, and I am not trying to be the “old man yelling at cloud” but Return to Monkey Island is a breath of fresh air in the swarm of random battle-royale titles and yearly recycles of most popular FPS and sports games (you know what I mean with this).

Return to Monkey Island carries the soul of the Monkey Island franchise and is definitely not a soulless cash-grab. I have to state this because there are a lot of shameless cash-grab attempts tied to revivals of old franchises in the entertainment industry. And this is not one of those.

Fan service has been delivered properly and I don’t have anything bad to say barring the graphics rant above (I am not the type of person to nitpick minor details, but want to get the positives out in the spotlight). The soundtrack also great and supports the Caribbean theme well.

Related: How to Get the Horse Armor in Return to Monkey Island

I am honestly very happy with the game overall and I am tempted to play through the entire franchise again. Thank you, Mister Gilbert, and everyone else involved in this game. For expanding the story I’ve been with since I was a kid and for hitting me right in my childhood, but in the best way. However, the graphics have left a small dent in the rating of an otherwise lovely game. I know some people disagree, but my standards were set with the Curse game which I feel was the graphics peak of the franchise.