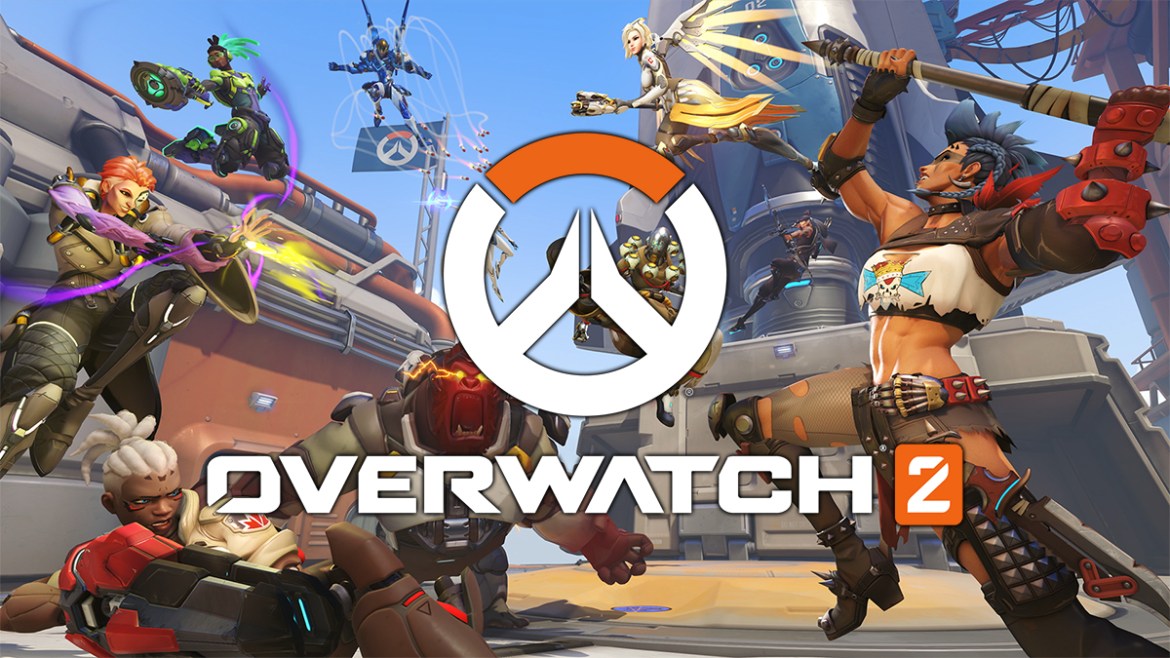 Fans and veterans of the original Overwatch prepare their goodbyes as the 2016 hero-shooter that flipped the FPS genre on its head becomes engulfed by its successor. In a move some Warcraft 3 fans may be familiar with, Overwatch 2 essentially grabs its veteran players, content with the way things were before, and introduces them to their newly replicated homes filled with coin-operated snack machines and high-end boutiques. Hey, it’s free to live here now, and you can stay as long as you like, so how could you complain?

And yet, an unfamiliar feeling permeates through the walls of our new home. An unsteadiness of its foundation, like a slight limp in a once boisterous stride.

Okay, maybe I’m being too dramatic. On the surface, Overwatch 2 is just the next step of a six-year evolution that introduces new Heroes, Game Modes, and Maps on top of the multi-layered cake that was Overwatch 1. Though, Activision Blizzard’s direction for its free-to-play monetization model and roadmap of features to come has the player base scratching their heads in frustration and confusion. Yeah, it’s definitely the Overwatch we know and love at its core, and you wouldn’t know any better if you were dropped right in the midst of a match, but taking a peek behind the curtain reveals a few contentious decisions.

Let’s just address the elephant in the room immediately. The year is 2022 – the era where live-service, free-to-play games all but dominate the major gaming space, contending with one another to grab as many players’ attention and wallets as they can with an ever-flowing stream of periodic content. Overwatch 2’s inevitable move toward a free-to-play model will, without a doubt, attract a substantial amount of new players, potentially growing the player base far beyond its predecessor. Shedding the exponentially unfavorable Loot Box design for the Battle Pass and in-game shop model was the obvious choice to offer players a more predictable way to earn Skins, Emotes, Titles, and… you might want to sit down for this one: Heroes.

That’s right, Overwatch 2 departs from its mantra of “every hero for every player”, instead giving players a choice between paying up or grinding through more than half of its seasonal Battle Passes to unlock the newest additions to its roster. A decision equally surprising and controversial by Activision Blizzard, a company that’s no stranger to controversy after years of PR blunders, scandals, and less-than-stellar game reveals.

In most free-to-play games, this doesn’t matter too much. Even Valorant, another free-to-play hero-shooter that locks its characters behind similar barriers, works due to its Agents providing only marginal differences to the overall ebb and flow of a match. Overwatch is different, however – its Heroes and their abilities mean everything to the outcome of every team fight. In a game that encourages swapping Heroes to counter your opponent’s choices, the decision to place barriers between them and the players is misguided at best, but predatory at worst.

Overwatch 2 wants to ease its new players into the fray, locking most of the roster and game modes behind 100 or so Quick Play matches before being accessible. This move, part of its new First Time User Experience, doesn’t affect previous Overwatch players, yet it limits what brand-new players are able to experiment and counter their opponents with. Activision Blizzard doesn’t want you overwhelmed at the vast roster and handful of game modes in Overwatch 2 when first jumping in, yet their looming presence almost feels like a pair of helicopter parents overstaying their welcome when you’re clearly ready to embark on your first road trip with your buddies.

Couple that with the new Challenges system and you may just have a recipe for less-organic team compositions and playstyles. With the importance of grinding through a limited-time Battle Pass to unlock new characters, players are bound to choose Heroes and/or perform in ways that lean towards their Daily Challenges rather than the team they’re matched with.

Such is the way of the free-to-play model.

Overwatch 2 — A Bastion of Hope

It’s not all doom and gloom – under the blemishes of its new monetization model lies the familiar friend we’ve known for years. Overwatch 2 is still, very much, Overwatch at its core.

The team here at Prima Games had the privilege of playing on the Test Server for the past week against others in the media, and there was never a dull night. Organizational rivalries formed like sports teams as we battled each other amongst the handful of new maps and modes, always resulting in intense, yet overwhelmingly friendly competition and showers of GGs from both sides. Sometimes, we’d tactically plan our team composition, recognizing our opponents’ names and their preferred Heroes and countering them accordingly. Other times, we’d goof around and have chaotic 5v5 Tank battles, creating violent mosh pits of steel and shields until one team’s wall began to crack from the mayhem.

“The switch to 5v5 matches from 6v6 feels like a natural transition into a more aggressive, fast-paced game where the Tanks are tougher, the Damage dealers deadlier, and the Supports are pivotal in claiming and maintaining your stake in the ground.“

This is Overwatch 2 and, more specifically, Quick Play at its best. The switch to 5v5 matches from 6v6 feels like a natural transition into a more aggressive, fast-paced game where the Tanks are tougher, the Damage dealers deadlier, and the Supports are pivotal in claiming and maintaining your stake in the ground. Losing one or two of your backline means dire consequences in the constant tugs-of-war that populate every map’s chokepoints. Despite the changes, I still felt the impact of a Soldier: 76 countering my Pharah, or a Reaper quickly shredding a Tank into pieces. Once the dust settles, as team metas are formed, and strategies carved in stone, we’ll see how Overwatch 2’s balance changes last in the grand scheme of its lifespan.

Pour one out for the teams that have to break the news to their sixth member.

With only a sprinkle of new heroes and maps (at the cost of five removed maps), it’s hard to justify calling Overwatch 2 a proper sequel. The PvE mode, arguably the biggest change in Overwatch 2’s laundry list of features, is yet to be found. The new lighting and shaders look beautiful, breathing life into the more dull-looking areas of the game, though some of the more vibrant, brightly-lit maps like Ilios tend to suffer from drowning in the orange hues of the sunset variants.

Within Overwatch 2 lies the framework of what made its predecessor so special – a game bursting at the seams with personality, eclecticism, and undeniable charm that its competition can’t seem to match. A game that, after some thoughtful changes by Blizzard, could shape up to continue its monumental legacy for many, many years to come.

An early access version of this game was provided by the publisher for review.