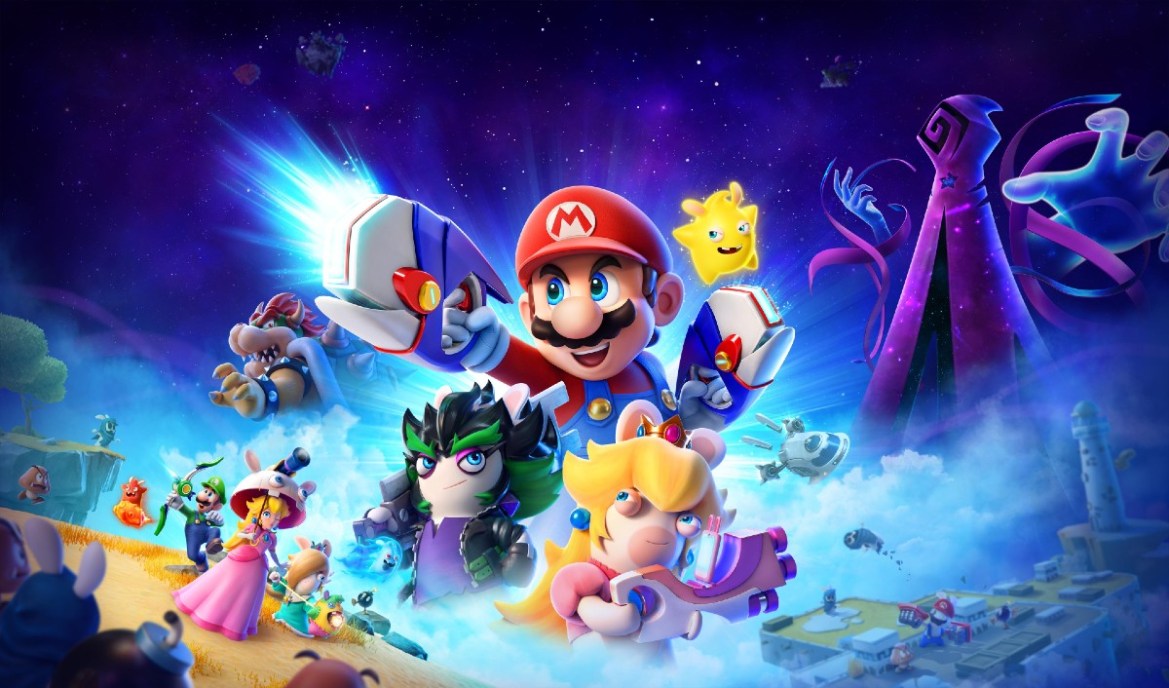 The first time Nintendo and Ubisoft came together with a tactics RPG, everyone was confused, then pleasantly surprised. Mario + Rabbids Sparks of Hope is arriving with more of a normal vibe of AAA game anticipations. Those expectations are fueled by Kingdom Battle’s goodwill, sure, but also the promises of a bigger, better and grander game. And while Sparks of Hope is still more whimsy than war game, the big budget sequel grandiose is splattered all over this thing.

As soon as you start it’s obvious that Ubisoft and Nintendo took the first game’s reception as an endorsement to go full hog on the sequel. While Kingdom Battle was far less sure of itself with a board game-like structure and unambitious styling, Sparks of Hope looks like a true AAA RPG. The characters are all huge and expressive, there’s animation in every possible nook and cranny, and most notably you can just run around freely. Even with what’s required to make a game run this well on Switch, Sparks of Hope looks good.

A weird side effect of having things to interact with aside from silly little Rabbid gag attractions is that… there’s a lot of dialogue. And that means everyone talks. Even the Rabbids. After years and years of BWAAAA fueling every gamer’s decision to love or hate these critters, now they’re saying real words in plain English and it feels cursed. It’s kinda like when LEGO games went from funny grunts and pantomiming to normal videogame speech. Actually it’s exactly like that. For me that’s a miss.

The usual Rabbid screaming and silliness is still definitely present, and sometimes with the main cast especially it feels like the team couldn’t decide which way to go. So there’s both, and it’s a little jarring. Rabbid Peach’s visual gags combined with a bag of corny combat one-liners doesn’t feel like an improvement. And that’s a fair amount of what’s happening in this game.

Sparks of Hope just crams everything it can think of into a box and delivers it wholesale. There are three different composers working on the soundtrack here, and zero cohesion between them. All three are brilliant and provide plentiful bangery, but hearing Grant Kirkhope’s signature blaring brass during cutscenes cut to Yoko Shimomura dropping Kingdom Hearts b-sides during combat is… weird? Awesome, but weird. Then you walk inside a random building and get expert ambiance from Gareth Coker while you talk to a NPC or open a treasure chest.

While I continue having a hard time deciphering the overall vision for Sparks of Hope’s narrative identity, the kitchen sink approach definitely works during combat. This game takes the X-Com derived foundation set by Kingdom Battle and kicks the doors wide open. But rather than using the extra space for depth or strategy or more nerd stuff, this extra real estate is soaked up by shenanigans.

Despite a baseline of two actions per turn, you can do so much different crap in battle. Especially as you unlock more Sparks and fill out each character’s skill trees, it feels like there’s no limit to the kinds of nonsense available. The familiar moves like dashing and special abilities are here, but between the upgrades and more free-form movement style the potential for interactions has skyrocketed. You can also get away with a lot more.

Just because the gloves are off doesn’t mean Sparks of Hope doesn’t offer a challenge. There are difficulty settings of course, but even on the normal option you can easily be punished for playing too sloppily. The game even takes its time to roll out access to a full party, making you learn to make due with only two characters at first, then three for a while, before finally getting four. That said, you can swap your team members around freely anytime before battle, removing the restrictions from the first game.

Honestly, Mario + Rabbids Sparks of Hope is just here to have a good time for however long you want to put up with it. Do you want to fill out the miniature Ubisoft Map Icon sets in each world, or zoom through the story? Either one is fine! You can even toggle infinite health in the menu if you’re just trying to vibe with Rabbid Mario’s goofy accent and see how weird things get. It’s hard to tell what exactly I’m getting out of this game sometimes, but it’s so fluffy and silly it’s equally as hard to care about scrutiny.

At the end of the day I’m having the most fun simply watching Luigi transition from bumbling coward to stone cold sniper genius.

A copy of this game was provided by the publisher for review. For clarification on our Ubisoft (and Activision) coverage, please refer to this statement.