A small but delicious snack between Kirby adventures. 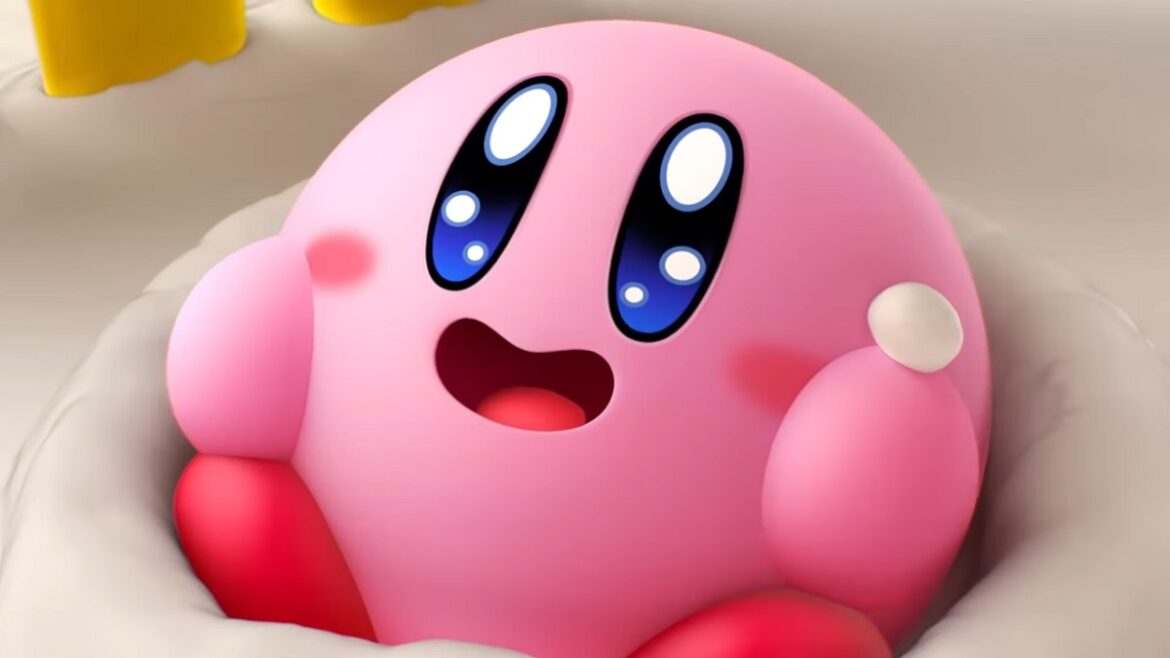 Players first learned of Kirby’s Dream Buffet last month via one of the most adorable trailers in Nintendo history. A party game themed after the pink puffball’s favorite treats, this Fall Guys-esque experience is a modestly priced debut on the Switch that should please anyone looking for a cake-themed good time with friends. Although it’s limited compared to most Nintendo games, Dream Buffet provides more than enough action for a hardy meal.

Whether online or offline, Kirby’s Dream Buffet plays out pretty similarly every time you load it up. The primary mode includes races across various courses and sumo minigames to break up the action. Kirby and his multicolored clones roll their way through every mode and gobble up strawberries to embiggen themselves. The Kirby with the most mass once the fun is over breaks the scales and earns the first prize. It’s like the county fair with star warriors instead of prize pigs.

Related: The Best Kirby Games of All Time

From the main menu, you can practice the races and minigames on their own or roll across a practice course to learn the movement mechanics and how each power-up works. The selection of power-ups feels limited compared to Mario Kart, but what is here works well. A hot pepper gives you a flaming rush that knocks other Kirbys off the course, and a liquid goo pickup lets Kirby bypass obstacles and slips under the opposition with great haste.

Kirby’s roll can take a bit to get used to, especially considering how many thin platforms Dream Buffet expects you to navigate throughout any given race. Learning to master the quick turns and balance required to get ahead of everyone else provides Dream Buffet with enormous fun that keeps you coming back. It’s the level of depth you expect from a Nintendo release, but it’s still surprising to see in such a small-scale game.

Related: How to Play Every Kirby Game in Chronological Order

There is one difference between Kirby’s online and offline modes, and that’s due to Nintendo’s longstanding issues with network play. Anyone heavily invested in the Switch ecosystem will know that most games played via the Internet can have stability issues, and Kirby’s Dream Buffet is no exception. Especially during races, hitches in online connection can be the difference between hitting the finish line first or falling off the track and losing your lunch. These online interruptions happen consistently in my experience, so consider your options before you head up to the buffet without offline friends.

Kirby’s Dream Buffet Review | Still Hungry After All These Strawberries

Once you play through a few parties and get your bearings with Kirby’s spherical movement, you’ll find that Kirby’s Dream Buffet begins to run out of steam. It feels like a Jackbox title, a fun time you can pull off the shelf, but not something that will become your next obsession. Despite the easy comparisons to something like Fall Guys, Dream Buffet is more like the various Kirby standalone spinoffs starting on the 3DS. It’s a limited experience, but it’s still well worth your time.

There is some attempt at progression across games. You earn experience based on the number of strawberries you eat each game, and leveling up gets you cosmetic options for the home screen and new background music throughout the game. It’s better than nothing, but I find that it didn’t capture my attention. The gameplay is fun enough that I wanted to keep going, but I can only really see playing again if I was introducing a friend to what was on offer.

Half the reason Kirby’s Dream Buffet is worth sharing with friends comes from its magnificent presentation. Everything in Kirby’s miniaturized cake world is made from giant tasty treats, and even the enemies look more succulent than in Kirby and the Forgotten Land. The background music, both new and adapted from past Kirby adventures, fits right in with the fun. The whole theme matches up with the chain of Kirby Cafes in Japan, and it’s great to get a sample of Kirby’s homeland here in the states.

Kirby’s Dream Buffet won’t last a long while, but I’d say it’s still worth your time if you want a new party game on the menu or love everything to do with Nintendo’s best mascot. I hope that Nintendo expands on this idea in DLC or a sequel because there is a lot of potential left on the dining room table. Even if they don’t, if Kirby finds himself in a rolly-polly race in his next platformer, that will elicit a smile from me.