I am booking my vacation right after I publish this review. 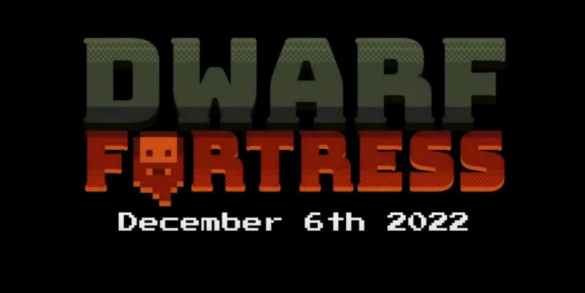 When Dwarf Fortress code was offered in Prima Games’ Slack channel, all activity ceased immediately. Everyone stopped talking, the music stopped, everyone turned on “Appear Offline,” and disabled notifications. You could only see and hear tumbleweeds rolling in the eerie wind that blows between our communication channels. After about two months of complete inactivity in the channel, I could no longer stand the impact that review offer had on our communication and productivity, so a simple “I volunteer as a tribute” that I wrote gradually brought everyone back online and lead up to some catching up between the colleagues, after which we had restored our usual productivity levels.

Now that we’re all relaxed after this overly theatrical trash-tier comedy introduction: I have to be pretty honest here, I have not played the original Dwarf Fortress. I did watch gameplay videos, streams, and heard stories about it, though. I was too young and scared to do it.

The memes are real. But, you probably already knew that before coming here. The game is really, and I mean it when I say it, really not for everyone.

Yes, Dwarf Fortress has quite a bit of historical value, given that it has influenced many games even outside its genre. The original was made two decades ago when video games didn’t hold your hand and effortlessly guide you to victory. Even though the new version has received a decent graphics update, it still preserves the old-school vibe it had.

The game has a very slim tutorial, and you will most likely be condemned to watching a few hours of YouTube tutorials or hanging out at the designated Dwarf Fortress Wiki web page just to get the hang of things. Yes, this game requires a commitment bigger than the commitment needed for an MMORPG game at the start. The game has a “Psychological Horror” label added by the community members on Steam. You do the math.

The premise of this “settlement sim,” as many people call it, is that you are to build a great and successful settlement of Dwarves, which will hopefully flourish (for a while, until it inevitably crashes). The game is extremely detailed, and you will oftentimes need to pause the time in order to get a grasp of what the heck is going on in your base. The details go so deep that you are able to micromanage every single Dwarf in your settlement, and each of them will have a plethora of information about them, including their age, health status, relationship status with every other Dwarf in the settlement, etc.

So, simply forget about the “usual” strategy games where you do the macro-management and some minor ounce of micro-management. You will need to manage every single aspect of your settlement, including:

This game will rip your soul out, chew it up, and spit it out on the Steam Community Market, and offer it at a discount because of how tarnished it was. And by all means, you WILL buy your soul back, and you WILL start a new world in Dwarf Fortress to do the same thing over and over again. Even on lower difficulties, the game seems so difficult that one small mishap in your management can cause your entire empire to collapse. You will, out of pure and unfiltered spite, want to master this godforsaken game.

Is it Worth Buying Dwarf Fortress 2022? Should you Buy this Game, Really?

What kind of question is this? Do you think I would say “NO” after writing this type of review? Dwarves are totally not standing behind me, looking at what I type with menace in their eyes as they brandish their axes and picks. Does this work, chief? Good. Now excuse me, dear readers, we gotta close up, and then I need to do some dig… OUCH! PETTING! Petting of my cats! Jeez! That thing’s sharp!

Buy the game for you and everyone you know, move away to a remote, off-the-grid cottage in the mountains, and don’t go back to the city until you master Dwarf Fortress. You will find that the madness of this game is more appealing than the madness of the real world most of the time.

A copy of this game was provided for the purposes of this review by the people responsible for the existence of this evergreen masterpiece, a.k.a the publisher.