Give this studio a blank check, please 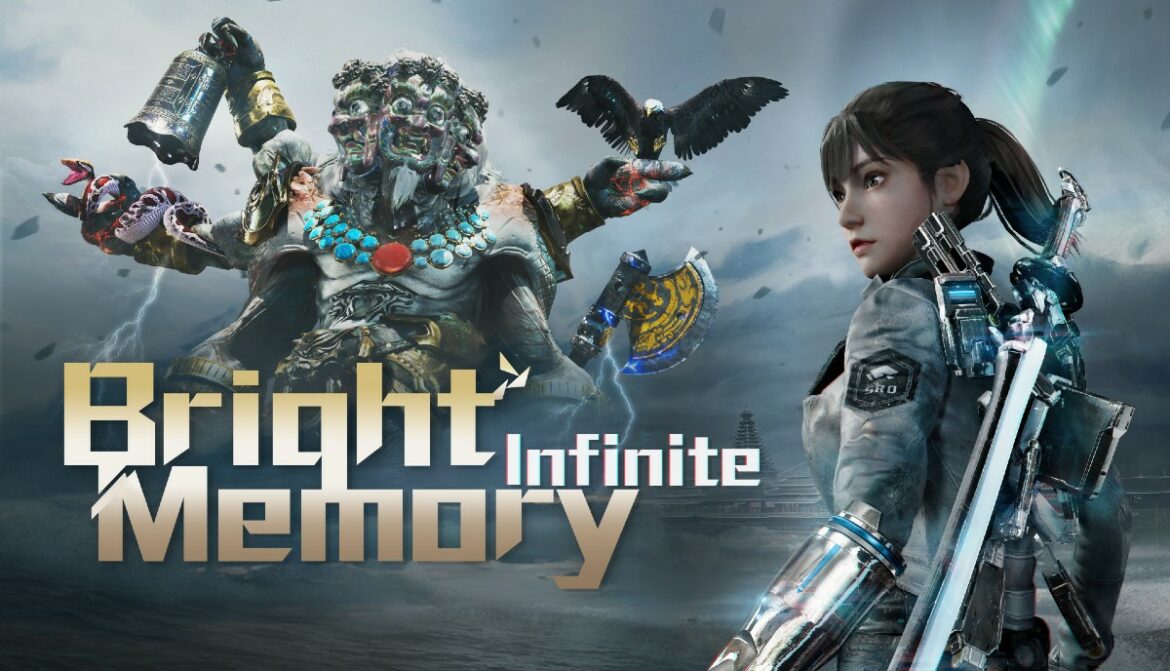 My first run through Bright Memory Infinite was barely over two hours long, but the fumes are still burning in my mind. It’s a small game in many ways, but with production values matching any AAA game and first-person combat that feels like some madman smashed DOOM and Devil May Cry together. It’s shockingly brilliant.

You may remember seeing this game as part of Microsoft’s road to the Series X/S launch. You know, the one with the guns, the swords, the weird Roman soldier zombie things, the one everyone figured was promising way too much in a trailer that was probably bullshit. But looking back? It’s like 95% all present in the final game. Bright Memory Infinite delivers on exactly what it set out to do.

Protagonist Shelia is a one-person army. She has telekinetic powers (well they come from tech, it’s vague), a sword and a typical FPS arsenal including a machine gun, shotgun, sniper rifle and pistol. Any one of these tools is deadly, but together? You don’t just defeat baddies, you embarrass them. And while it can be fumbly at first as your mind juggles options, once you get the flow down it’s like pouring a bucket of LEGO on the floor and getting to work on whatever feels right in the moment.

Bright Memory Infinite is primarily a shooter. So it handles more like DOOM than DMC. But the melee stuff is weaved in so elegantly its simplicity is overshadowed by how damn sick it feels. You can deflect bullets, parry weapons the size of your whole body and uppercut enemies into the air. You can keep them suspended there too with your powers, then use the momentum from your sword (after you upgrade it to shoot laser slices, naturally) to stay up there with them as you melt their health bar.

Or you could just splatter them with the same powers in one move. Or you could punch them so hard they catch on fire. Or you could just shoot them. You don’t even have to suspend them in midair first, but it’s definitely the best way to start the end of a fight. But hey, sometimes you just wanna squeeze off some headshots instead of getting fancy with the sword stuff. I get it. In all fairness Bright Memory Infinite doesn’t require you to use your whole kit to survive. But with a kit this dope why wouldn’t you?

Luckily there are plenty of opportunities to mix your game up despite Bright Memory Infinite’s relatively short runtime. There are even a few distinct setpieces that mix things up for you, and aside from the obligatory Annoying Stealth Sequence, they do a great job resetting your dopamine stores. There’s so much crammed into Infinite’s runtime I almost couldn’t believe only two hours had passed. This game is so high-octane it makes time hit different.

Honestly, I couldn’t tell you what Bright Memory Infinite is about. There’s a black hole, Shelia’s a ghost cop or something, and alternate worlds are colliding or something. It isn’t important. What is important is how intense this bite-sized power fantasy is, how much gratification is produced by just a couple hours of some of the most elegantly robust first-person combat mechanics I’ve ever laid hands on.

And while there isn’t a ton of in-game incentive to keep playing, you do get a graded score at the end, and you can take your upgrades back to the start for a cleaner run. Plus, the game runs handsomely on the Switch. Part of Infinite’s appeal is its ludicrously high fidelity visuals, but having a portable version that runs well and looks good synergizes with the short length and scoring system. Double-dipping might actually be a good idea for handheld sickos. Or maybe just me, the guy who played Bright Memory Infinite on PC then immediately ran through the Switch version.

There’s kind of a post script here. There are actually two Bright Memory games, one that’s just “Bright Memory” and then Infinite. Developer FYQD Studio made the first game at a much smaller scope, and the hype it generated led to the more Hollywood-tier Infinite. But these aren’t different versions of the same game, nor are they narratively connected.

It’s like a student film that somehow leads to a studio version. There are similar themes and characters, but everything from the plot, levels and even gameplay are almost entirely different. But while Infinite is the more “full” experience, playing the first one is a great source of context. It makes the difference between a side hustle and a full-time project super tangible, as you can see where the polish, ideas and changes came from. It’s cool shit, especially since you could argue “Indie Game” status here.

There really isn’t much like Bright Memory Infinite, guaranteeing it a spot in my most memorable games of 2022 list at a minimum. I made that list up just now, but it’s very prestigious. This game whips; go play it.