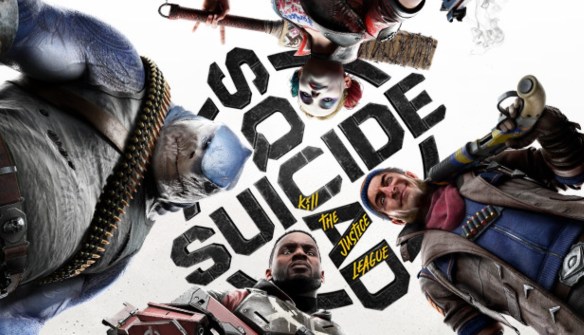 Rocksteady Studios have found themselves in hot water from gamers and potential consumers after the release of a series of leaks regarding the developer’s highly anticipated upcoming game Suicide Squad: Kill the Justice League. With the creators behind the acclaimed Batman: Arkham series gearing up for their next foray into the DC Universe, set for launch on May 26, 2023 for PC, PS5, and Xbox Series X|S, an anonymous leaker released a series of screenshots and story spoilers for Rocksteady’s long awaited action-adventure co-op game on 4chan.

These leaks triggered uproar and intense backlash across gaming social media over the British developer’s decision to integrate a “Battle Pass” into their upcoming title. Without revealing any story spoilers, here is everything you need to know about the Suicide Squad: Kill the Justice League leaks, and why gamers are angry at Rocksteady. Note: The leaked images are not included in this article, as they are widely visible online despite Warner Bros. and Rocksteady’s attempts to remove them from social media on the basis of copyright violation.

The recent leaks revealed a first-look into the UI (user interface) and menus for Suicide Squad: Kill the Justice League, and highlighted the fact that Rocksteady’s upcoming game will feature a Battle Pass. For the uninitiated, a Battle Pass is a monetization tool that is commonly found in free-to-play games, such as Call of Duty: Warzone, Fortnite, Overwatch, etc. Battle Passes require real-world money in order to obtain exclusive skins, unique cosmetic items, in-game currency, and sometimes even feature pay-to-win advantages or grinding shortcuts in rarer instances. Although there are unique cases of free, earnable, and tiered versions of Battle Passes, in their most common form, they are a type of microtransaction, created to capitalize on players’ FOMO (fear of missing out), so they will spend their money on free-to-play games.

Aside from prospective consumers’ unhappiness with the leaked narrative choices for Suicide Squad: Kill the Justice League (that won’t be discussed in this article), the crux of Rocksteady’s scandal is that they are integrating a Battle Pass into a game that will already reportedly cost $69.99 for PC, PlayStation 5, and Xbox Series X|S at launch. Unlike free-to-play games that need microtransactions in order to generate revenue, based on the leaks, it appears that Rocksteady is attempting to double-dip into consumers’ wallets by utilizing a potentially FOMO-generating Battle Pass in their upcoming game on top of the requirement of paying full price for the AAA, DC Comics-inspired title. This monetization strategy and the game’s leaked UI are also eerily similar to the much-maligned launch of 2020’s Marvel’s Avengers, and could be highly detrimental to Rocksteady’s reputation if the leaks are to be believed.

Before we reach for our pitchforks and torches, it is important that potential consumers wait for more information to come to light about Suicide Squad: Kill the Justice League. As we get closer to the game’s launch, the veracity of the claims made by the leaks will become clearer. There is a possibility, albeit unlikely, that the leaks could be false, not to mention the fact that Rocksteady could remedy this entire situation prior to launch by removing the controversial Battle Pass.

Furthermore, as Suicide Squad: Kill the Justice League is still four months away from its planned release date, as well as that the price and content of the rumored Battle Pass still remain unknown, any current attempts to fairly analyze it would be futile. Simply, while the 4chan leaks present a bleak outlook for what was once considered one of 2023’s most promising games, consumers must continue to exercise caution, keep an ear to the ground, and follow Prima Games for more news on Suicide Squad: Kill the Justice League and its controversial Battle Pass.