Can this all-star team of Marvel heroes come together to make a great game? 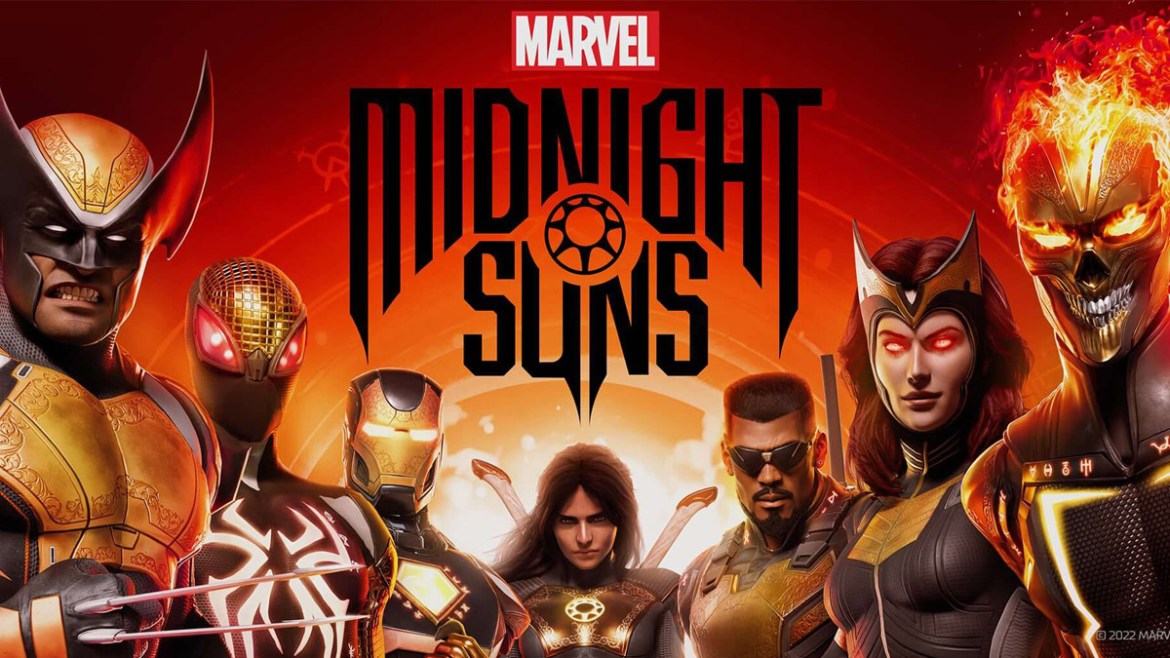 For a while there, it didn’t look like Marvel’s Midnight Suns was going to make it. In August 2022, Firaxis Games announced the delay of their upcoming RPG set in the Marvel universe after a planned release date of October, leaving gamers in a state of despair that they wouldn’t get to assemble their dream team of Marvel superheroes until 2023. It appeared all hope was lost, but as the saying goes, “it’s always darkest before the dawn,” or instead, it’s always darkest before the rise of the Midnight Sun.

Reminiscent of the climax of a comic book movie, Firaxis saved the day with a reversal of their postponement, releasing Marvel’s Midnight Suns on PC, PS4, PS5, Xbox One, and Xbox Series X|S on December 2, 2022, to the excitement of comic book fans and gamers worldwide. But now, as the dust has settled, many questions have arisen. Did the game live up to its promises? Should it have stayed in development until 2023? Is it worth buying? Now that there has been some time for rumination let’s analyze whether Marvel’s Midnight Suns is the right game for you.

Marvel’s Midnight Suns has been called a tactical RPG, but that description is rudimentary and only scratches the surface of Firaxis’ latest release. While the core gameplay features tactical, turn-based action through a system of character cards, Marvel’s Midnight Suns also provides gamers with an extensive open world for exploration while simultaneously working part-time as a Marvel friendship simulator. This game truly wears many capes. With an impressive cast of characters spanning members of the Avengers, the X-Men, the Runaways, as well as the many lone wolves of the Marvel universe, with even more characters set to arrive via DLC, Marvel’s Midnight Suns’ cast is competitive with the MCU (Marvel Cinematic Universe) not only in its volume of characters but also through their unique portrayals.

Instead of merely inhabiting the role of an existing superhero, the game tasks its players to forge their own path as “The Hunter,” the customizable player character who is the son or daughter of Lilith, the Mother of All Demons and antagonist of Marvel’s Midnight Suns. After the sinister Hydra terrorist organization resurrects Lilith, a patchwork team of Marvel characters enlists the long-dead Hunter’s help to save the world from the powerful sorceress. Gameplay centers around The Hunter working with their fellow teammates to complete missions against hordes of Hydra soldiers, as well as Lilin (aka demons), and even corrupted Marvel heroes and villains through a system of turn-based, card-centric battles.

This combat component of Marvel’s Midnight Suns is absolutely sublime. The combination of strategy, varied superhero action, and the luck of the draw make the game’s missions highly addictive (in a good way). Despite the repetitiveness of enemies, the combat remains fresh throughout Midnight Suns’ lengthy campaign.

It might surprise some to learn that the excellent combat highlighted prominently in Marvel’s Midnight Suns’ marketing is actually only a fraction of the game’s experience, as the vast majority of the story, dialogue, exploration, and preparation takes place in the hub world called The Abbey. This location is a sprawling manor set in a pocket dimension of Salem, Massachusetts, where The Hunter can unravel mysteries, prepare for upcoming missions, explore the grounds, and intermingle with their fellow heroes, building friendships when the team isn’t saving the world from supervillains.

The Abbey is both highly impressive and frustrating. Initially, I was in awe and somewhat overwhelmed by how much there is to do in the game’s hub world, with its interesting NPCs and metroidvania-esque elements. However, The Abbey, unfortunately, overstays its welcome due to the general repetitiveness and grindy nature of Marvel’s Midnight Suns. What starts as a mysterious, wonder-eliciting exploration of a mansion devolves into a game of chores the longer you play. I desperately wanted to return to the great combat missions but had a laundry list of things to do before I could.

A Day in the Life of a Superhero

Marvel’s Midnight Suns is a game full of deep, well-constructed features from its combat to the open world, with a myriad of deep role-playing elements that appear inspired by many RPG standard-bearers such as Persona and even Demon’s Souls. However, one of the most prominent, robust elements of Marvel’s Midnight Suns is found in the game’s overarching system of friendships. How are these friendships made, you might ask? Are they forged through the trials of combat and saving the world from the scourge of demons? Nope. Instead, throughout the lengthy duration of the story, The Hunter can have conversations with teammates, which provide dialogue choices, explore various extracurricular activities with their newfound friends, give them special gifts, and even join social clubs.

Despite the fact that the friendship component of the game is masterfully crafted, it ultimately hinders the story’s urgency. Although Lilith and her supervillain minions are wreaking havoc upon the Earth, with some of Marvel’s most powerful heroes brainwashed, trapped in their clutches, and the world descending into an apocalypse, “Earth’s Mightiest Heroes” still somehow spend much of their time chilling out by the pool, picking mushrooms, doing yoga together, watching movies, and even playing videogames (and that is just a tiny sampling of the buffet of extracurricular activities). In short, if Lilith is supposed to be an intimidating, powerful villain, the superhero team should not have time to throw surprise parties. Although Marvel’s Midnight Suns provides an interesting glimpse into the daily life of a superhero, to paraphrase the famous Jurassic Park quote, Firaxis was so preoccupied with whether or not they could make a Marvel friendship sim that they didn’t stop to think if they should.

An Ode to Stan Lee

Marvel’s Midnight Suns is loosely based on the Rise of the Midnight Sons story arc from Marvel Comics written the early ’90s, which featured Doctor Strange assembling a ragtag team of supernatural Marvel heroes to defeat Lilith and her demonic minions. Even though the tactical RPG adaptation eschews most of the story elements of its source material and doesn’t have a groundbreaking narrative, Midnight Suns pays respectful tribute to the extensive lore of Marvel comics, films, and television. The characters’ rich backstories, eccentric personalities, and unique powers are all on full display throughout the duration of the game, backed with a triumphant, epic musical score that exudes Marvel magic. That being said, Firaxis did not simply copy and paste from past Marvel creations but developed their own modernized vision of the game’s characters, world, and lore.

However, while stories shouldn’t necessarily remain beholden to the time they were written, I’m not sure the late, great Stan Lee envisioned many of his Marvel character creations being frequent posters on a superhero social media site, as most would assume they would be busy, you know, fighting crime. Furthermore, while the voice actors and characters do justice to Marvel lore combining the familiarity of previous character iterations while injecting their own unique spin in each portrayal, the dialogue has a lot of room for improvement. The combination of incessant bickering, overdone sarcasm, cringe-inducing jokes, and the sheer number of long, unnecessary conversations truly tested my patience, which is saying something for an avid Marvel fan and comic reader. While Firaxis tried to humanize its characters, the petty squabbles, character cliques, and gossip make Marvel’s Midnight Suns feel more “reality TV” than reality.

When The Dream Team Becomes a Nightmare

The crux of Marvel’s Midnight Suns’ flaws and hindrances emanate from one epicenter: The Hunter. The entire story revolves around a derivative “chosen one,” who steals the spotlight from the tried and true, well-written Marvel characters that are the reason anyone is actually playing the game. The Hunter’s presence infects every element of Marvel’s Midnight Suns, from the narrative to the exploration and even the core combat gameplay, thanks to the requirement to bring The Hunter along on every story quest.

On that subject, while Midnight Suns presents itself as a fantasy for players to assemble a power trio of their favorite Marvel characters to fight crime, the dream is but a figment of the imagination most of the time. Every mission in the game locks in one specific hero; once again, each story quest designates an additional spot for The Hunter, meaning that you never truly get to bring your desired squad on missions. This also negates some of the RPG elements of the game because instead of focusing on a core team or build, you have to spend time befriending and upgrading every character, so they won’t hold the rest of the team back when you are required to bring them on missions, further adding to the tedium and grind.

While hindsight is 20/20, and credit is due to the developers’ unique vision, Firaxis could have remedied most of the game’s biggest problems by making The Caretaker the player character instead of The Hunter. The Caretaker is The Hunter’s Aunt and Lilith’s sister, who serves as the gruff, aging leader of The Midnight Suns. She becomes a redundant character courtesy of The Hunter’s presence in the story. Making The Caretaker the player character would kill two birds with one stone, as it could keep most of the excellent, nuanced RPG features of Midnight Suns intact while letting the actual Marvel icons shine in combat and during the story.

Lastly, although it was a welcome surprise when Marvel’s Midnight Suns reinstated its 2022 launch, I did encounter some annoying bugs and glitches that were immersion killers and the bane of progression. From crashes to the game freezing, as well as a T-posing Wolverine and a bizarre glitch that turned the entire screen and all of its characters bright yellow, you will likely experience some occasional problems while playing Midnight Suns. While calling for another delay would be too harsh, I certainly hope Firaxis and 2K Games will continue tinkering and improving the experience as more people explore the game.

The legendary director Alfred Hitchcock once said, “drama is life with the dull bits cut out,” and there is no quote more pertinent when critiquing Marvel’s Midnight Suns. While the game is far from boring, thanks to its combination of superhero action, strategic turn-based card combat, superb RPG elements, and an unparalleled cast of Marvel heroes, the astonishing gameplay is held back by repetitiveness and tedium.

Despite my misgivings with some of the game’s creative decisions, I can’t help but feel excited about the arrival of the upcoming DLC characters and hopeful that Firaxis will develop a similar experience, be it a Midnight Suns sequel or another tactical RPG using licensed source material. While Marvel’s Midnight Suns’ niche positioning might alienate the broader market, for RPG veterans well-versed in the Marvel Universe, this is a game worthy of your library and deserving of your time.