Legendary comic characters that are overdue for new videogames 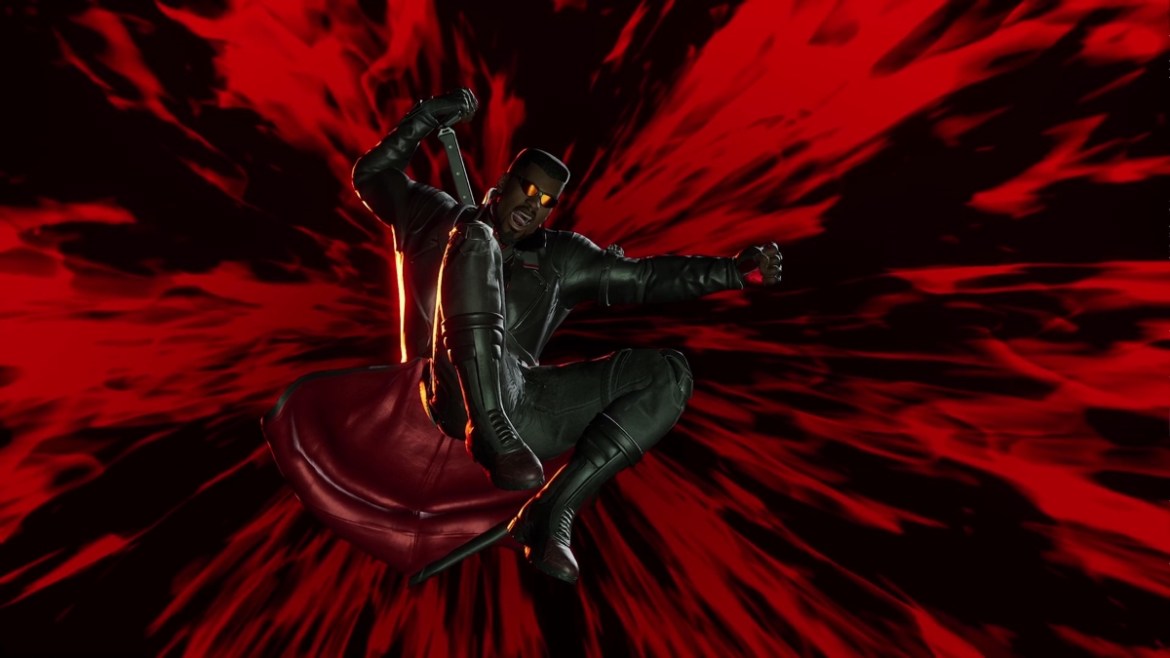 2022 was by and large an impressive year for comic book-based games starting off with two excellent Teenage Mutant Ninja Turtles experiences (Shredder’s Revenge and The Cowabunga Collection) followed by DC’s lesser-received Gotham Knights, and capped off by the under the radar tactical RPG Marvel’s Midnight Suns. This year is gearing up to be an even more exciting moment for the superhero genre with two highly anticipated titles from acclaimed developers set to arrive in 2023. The biggest of which is Insomniac’s sequel, Marvel’s Spider-Man 2, releasing on PlayStation 5 later this year, as well as Rocksteady’s long-awaited follow-up to the Batman: Arkham series, Suicide Squad: Kill the Justice League which will be available on PC, PlayStation 5, and Xbox Series X|S on May 26, 2023. Not to mention that the coming years will introduce a number of exciting video game adaptations from Marvel, DC, and indie comic titles including Black Panther, Hellboy, Iron Man, Wolverine, and Wonder Woman, among others still to be announced.

However, despite the fervent superhero mania that has propelled films to the top of the box office and generated millions of copies of video game sales, some superheroes have been excluded from the game-adaptation fun, or are frequently relegated to the supporting cast of larger ensembles. But fear not, comic book gamers, as this list is here to shine some light on some iconic superheroes that are overdue for their own self-titled video games in the current era of gaming. Here is a rundown of six Marvel, six DC, and one Image crime fighting icon, who each should be given their own videogame titles or series, sorted alphabetically.

Last Game Release: Batman Beyond: Return of the Joker (2000)

Why Batman Beyond Deserves a Next-Gen Game: Technically, “Batman Beyond” refers to the series, not the futuristic version of Batman mentored by an aging Bruce Wayne. While there have been many games featuring the Dark Knight and members of the Bat Family, you have to go all the way back to the days of the Game Boy Color, Nintendo 64, and PlayStation 2 to find the last game with Terry McGinnis’ incarnation of Batman. For the most part, the only inclusions of Batman Beyond in the modern gaming landscape have been found in unlockable character skins for Batman: Arkham Knight and Gotham Knights. However, increasingly advanced next-gen gaming development engines could be the perfect tool to bring about the futuristic Gotham of Batman Beyond to life, complete with flying cars and the iconic, pilotable Batmobile. Not to forget the unique rogues gallery of Batman Beyond, such as Blight, Inque, and The Royal Flush Gang, among others. Simply, a next-gen Batman Beyond game would be pretty “schway.”

Why Batwoman Deserves a Next-Gen Game: To reiterate, there have been many Batman-related games through the years mostly starring the Caped Crusader, and occasionally featuring Robin or Batgirl (most recently seen in Gotham Knights). However, frequently ignored from the universe of Batman games is Batwoman. A Bat Family game with a leading female protagonist could be refreshing deviation from the norm, and with Batgirl already featured in Gotham Knight’s playable roster, along with the “Matter of Family” DLC pack in Arkham Knight, it seems only fair to give the spotlight to Batwoman for a change.

Why Blade Deserves a Next-Gen Game: Marvel’s resident vampire hunter could be an excellent character for a next-gen videogame adaptation. While Blade AKA Eric Brooks was featured in the cast of Marvel’s Midnight Suns in 2022, an action horror-oriented game with the vampire slayer at the helm could provide a changeup from Marvel games’ usual types of enemies to some frightening, bloodthirsty foes. With Mahershala Ali set to portray Blade in an upcoming MCU (Marvel Cinematic Universe) debut and with a more than 20 year hiatus since the 2002 beat-em-up PlayStation 2 and Xbox adaptation of the Wesley Snipes’ led Blade films, now seems as good a time as ever to give the Dhampir his own series on next-gen hardware.

Why Daredevil Deserves a Next-Gen Game: Blind lawyer by day, crimefighter by night, Matt Murdock/Daredevil is one of the most unique characters in the Marvel mythos, as his disability also serves as his greatest strength. While “The Man Without Fear” rose to prominence thanks to the Marvel Comics and earned worldwide notoriety courtesy of Netflix’s acclaimed Daredevil series, the character hasn’t had a videogame adaptation since a 2003 title for the Game Boy Advance based on the film starring Ben Affleck. Although Insomniac may have their hands full with the Marvel’s Spider-Man series and the upcoming Wolverine game, a similarly styled open-world action adventure title highlighting the duality of Daredevil’s civilian and superhero life could become a next-gen gold mine.

Related: Superheroes That Need to Be in Marvel’s Spider-Man 2

Why Deadpool Deserves a Next-Gen Game: Of all the characters on this list, Deadpool had the most recent videogame adaptation. However, it doesn’t change the fact that the “Merc with a Mouth” deserves another stab at a game series after 2013’s Deadpool from High Moon Studios, a raunchy, fourth wall breaking, action-adventure title that received mixed reception from critics and fans. It must be noted that any future adaptation of the character should be required to bring back the legendary voice actor Nolan North, who provided one of his most memorable performances to date as the titular role.

Why The Fantastic Four Deserve a Next-Gen Game: The first Marvel superhero team are more like benchwarmers in the publisher’s current media environment. Whether it was caused by the poorly received films of the 2000s, the ill-fated 2015 reboot, or the bevy of other popular Marvel properties drawing attention away, it has been a long time since the Fantastic Four have been relevant, leading the team to not have a new video game release since 2007. However, things are starting to take a turn for the better for the quartet, with an MCU film coming down the pike, creating renewed interest in Mr. Fantastic, The Invisible Woman, The Human Torch, and The “Ever-Lovin Blue-Eyed” Thing. A next-gen four player co-op action title would be a great way to reintroduce The Fantastic Four to the gaming world.

Why Green Lantern and Green Arrow Deserve a Next-Gen Game: Similarly to the excellent comic run from the ’70s written by Denny O’Neil and featuring exquisite Neal Adams art (RIP to both comic legends, gone too soon), DC’s two notable green heroes should once again team up for a next-gen video game adaptation. While Green Lantern’s last game iteration was in 2011’s Rise of the Manhunters (a companion piece to the film starring Ryan Reynolds), the “Emerald Archer” still has yet to star in his own game. A Green Lantern/Green Arrow crossover title could be an interesting gaming experience filled with entertaining political banter between the liberal-leaning Oliver Queen/Green Arrow and the somewhat conservative Hal Jordan/Green Lantern, alongside the characters’ respective archery and ring will-power combat abilities.

Why The Hulk Deserves a Next-Gen Game: The Hulk is one of the Marvel characters most built for the medium of video games. A massive green rage monster able to withstand huge amounts of damage, Bruce Banner’s gamma-powered alter ego is the perfect protagonist for fully destructible open world sandbox games. However, the last time The Hulk was given a videogame title of his own was when Edward Norton was still playing the character in the MCU. While most recently The Hulk was a side-villain (albeit unwillingly) in the aforementioned Marvel’s Midnight Suns, a next-gen open world game in the vein of 2005’s The Incredible Hulk: Ultimate Destruction would be a welcome entry in the catalog of Marvel videogames.

Why The Punisher Deserves a Next-Gen Game: While Frank Castle/The Punisher doesn’t fit in well with some of his clean-cut MCU counterparts, thanks to the character’s hyper-violence and controversial tactics, it’s still surprising that there haven’t been any recent videogame adaptations since 2009’s PlayStation 3 multiplayer shooter, The Punisher: No Mercy. With a varied arsenal of weapons, edgy storytelling, and a decades of lore to pull from, the Punisher is the perfect source for the next great first or third-person shooter series. Detaching the character from the Disneyfied, family-friendly Marvel landscape could allow the developers to explore some of The Punisher’s darker themes and create a more mature gaming experience.

Why Spawn Deserves a Next-Gen Game: Todd McFarlane’s 1992 creation for Image Comics sold 1.7 million copies in its first issue and cemented Spawn/Al Simmons a household name in comic book fandom. However, videogame adaptations of the character have been lacking for the past two decades with the last release being Spawn: Armageddon for the GameCube, PlayStation 2, and Xbox. While Spawn was recently featured as an additional character in Mortal Kombat 11’s roster, McFarlane’s demonic antihero is overdue for a next-gen game of his own. The fact that Spawn has a finite amount of energy and power from his Hellspawn necroplasm could also be an interesting game mechanic for any potential adaptation.

Why Shazam Deserves a Next-Gen Game: It may come as a surprise, but Shazam has never had his own videogame series. Films? Yes. Television shows? You bet. But Shazam, or Captain Marvel as he is also confusingly known (predating the Marvel character of the same name), has yet to receive a self-titled game. It’s surprising given the fact that the character is the manifestation of many children’s dreams, as Billy Batson is a kid with the ability to become a full-fledged adult superhero just by saying a magic word. With another sequel to the Zachary Levi-led film series on the way, along with a well of lore to draw from dating all the way back to “Whiz Comics” from the 1940s, it seems like only a matter of time before we’ll see Shazam in the next generation of gaming.

Why Superman Deserves a Next-Gen Game: Superman may be “faster than a speeding bullet,” but video game adaptations of the character have been arriving at a snail’s pace. The last video game featuring “The Man of Steel” as its protagonist was released all the way back in 2006, based on the Superman Returns film for the Nintendo DS, PlayStation 2, Xbox and Xbox 360. While Batman and Superman may be the duumvirate of the DC Universe and its many films, since the Kryptonian’s last solo game in 2006, The Dark Knight has had an entire trilogy of LEGO games, five Arkham titles, as well as a two entries in a Telltale Games series. “Look in the sky, it’s a bird, it’s a plane, it’s another Batman game!” While Batman Arkham developer Rocksteady was long rumored to be in the process of creating a Superman series, the British studio appears to have focused their efforts elsewhere within the DC universe on Suicide Squad: Kill the Justice League, once again leaving Clark Kent without his own game for the foreseeable future. While it might be a difficult task for prospective developers to do justice to the sheer power and varied talents of Superman, with ever-improving game development technology, graphics, and innovation, hopefully some brave studio will give the Man of Tomorrow his due.

Why Swamp Thing Deserves a Next-Gen Game: The Bronze Age comic character Swamp Thing is far from a traditional superhero, but the character’s roots in the DC Universe could create a memorable experience despite its difference from other standard crimefighters. While less action-oriented than some of the other characters on the list, Swamp Thing could create a more philosophical, cerebral exploration of what it means to be a superhero. The blueprint is already laid out as Alan Moore’s definitive run on the Saga of the Swamp Thing series could serve as a Bible to any developer delving into the character’s history and mythology.