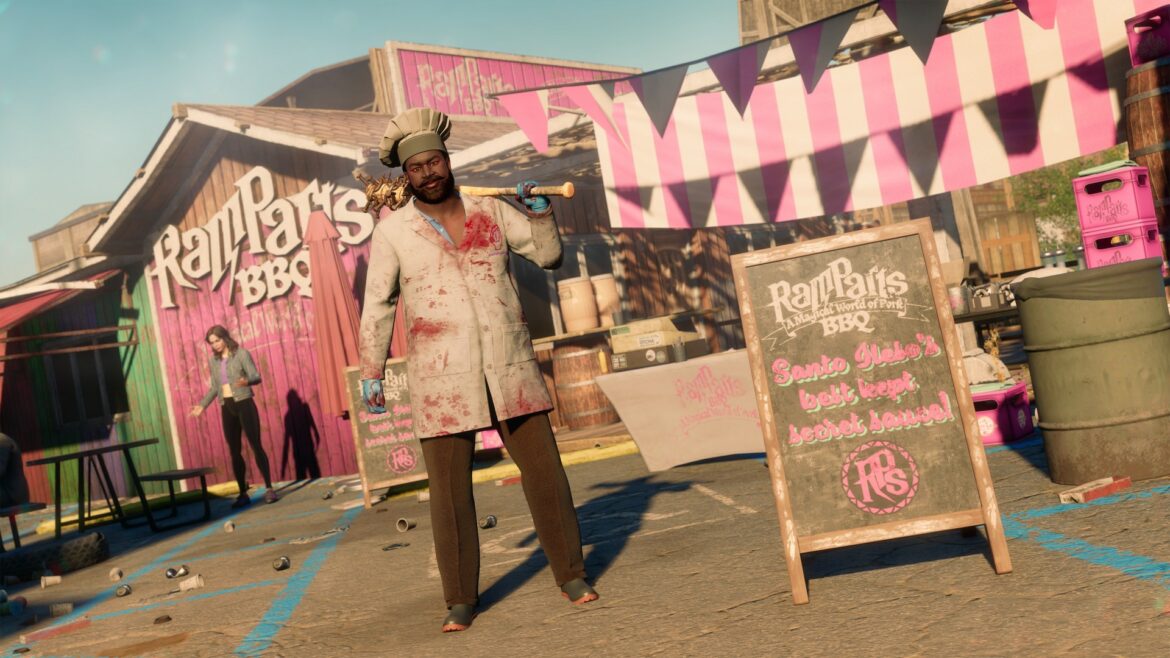 I just spent around 20 minutes watching a presentation on Saints Row, the latest entry in Volition and Deep Silver’s wacky, open world action series. It’s a “reboot” of sorts, meaning there’s no numbers or subtitles here. But while there are still a few months to go, we don’t know a ton about the game! This presentation was focused on customization options, showing off how much control players have in this world. Turns out it’s a lot. Like, a whole lot.

There are four, so to speak, pillars to customization in Saints Row. You have your character, your weapons, your cars and your headquarters. And each pillar has myriad options and subcategories that can make huge differences for individual players. And according to the team in the video I watched, there’ll be a way for fans to mess around with these tools before the game even comes out.

Related: Check Out Gameplay From the New Saints Row Game

For making a character, the level of detail is wild. It feels “next gen” in a way due to the sheer volume of options and individual pieces you can tweak. Everything has sliders, there aren’t any gender restrictions and hell, there’s even nudity gradients. Videogames are wild. I say that a lot, but it’s true.

What really stood out to me is an emphasis on asymmetrical design. Typically when you’re messing around with things like facial bone structure, hair and tattoos, you’re usually held back a bit. Maybe you can make eyes different colors or dye a couple parts of your hair, but in Saints Row you can have your character’s cranium jutting out on one side while their left eye is an entirely different size, shape and location compared to the right.

This works out in hair as well, as each style is broken up into so many pieces you can really go ham with the coloring. You’ll see what I mean if you watch the presentation after it airs, as there’s a real rainbow of colors you can weave into your Boss’ hair. Clothing is just as malleable with all kinds of options and colors, and you can even have layers.

Weapons and cars are both similar, in that there are a ludicrous amount of parts you can tweak, change, color, so on and so forth. You can make your hardware look as wild as your character, even coordinating them if you want. Or you can make something like the tank/pirate ship hybrid monstrosity pictured above. And speaking of hardware, you can also have and customize various prosthetics for your character.

Finally there’s your headquarters, called The Church in Saints Row. It’s a massive building that starts out dilapidated but can get more elaborate and full of stuff as you progress through the game. The presentation video showed things like statues, outdoor lighting, a second floor dedicated to planning out missions, a dance floor? No two Church buildings will look the same.

The level of creative control available in Saints Row is just as uninhibited as the series has been over the years. You can approach the game from whatever angle you like, no matter how goofy or serious you want to be. It really looks like you could spend hours in each customization suite, in a way that’s more akin to filling out movesets in a wrestling game than putting a character together in a RPG. I’m never sure what I think about these games, but there’s no denying the amount of effort and fun on display here. I’ll definitely keep my eyes peeled for whatever pre-release tool Volition was hinting at.