Let's hope that no further delays are on the horizon 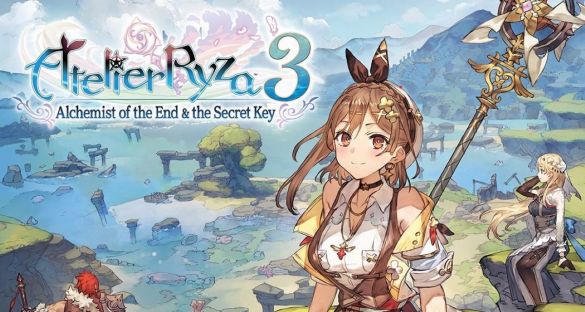 If you adore cozy JRPGs full of wholesome friendships, beautiful worlds, and plenty of crafting, it’s likely you’re a fan of the Atelier franchise. Atelier Ryza 3: Alchemist of the End & the Secret Key is the latest installment and also the finale of Ryza Stout’s grand summer adventures.

This game, which many fans have been waiting on pins and needles for, was scheduled to release on February 22, 2023 in Japan and February 24 worldwide. But a statement issued by producer Junzo Hosoi on Twitter had announced that Atelier Ryza 3: Alchemist of the End & the Secret Key will be delayed. Japanese audiences can now expect to receive their games on March 23 and international audiences on March 24.

“We apologize for this delay to everyone who has been looking forward to the release of Atelier Ryza 3.

In order to make this game a fitting finale for Ryza and her friends, we have taken on challenges such as adventuring in a vast open field and graphics that express the charm of these characters to the fullest extent.

Our team will take this additional time to fine-tune the final touches so that we can deliver to all of you who have been following the series for the best possible experience in this culmination of Ryza and her friends’ adventures.

We are making the game even better to make it worth your wait, so we appreciate your patience for a just little bit more until the game’s release.“

It’s hard not to be disappointed. But as a fan of the series, I’d much rather wait a month and see a game that’s fully refined than be disappointed by the bugs on release. It’s still unknown whether this new release date will extend the time frame for potential buyers to get in on the pre-order bonuses, which will include a Costume Summer Set for 7 of the 11 characters.

Atelier Ryza 3: Alchemist Of The End & The Secret Key