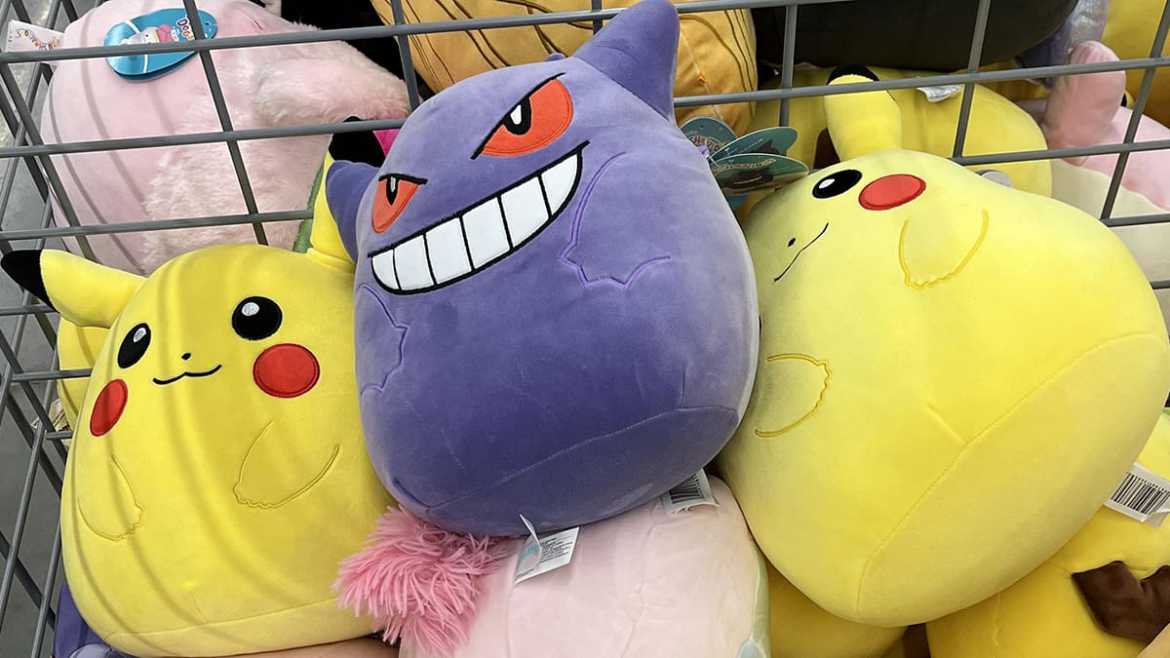 It’s that time again, everyone! With the release of Pokemon Scarlet and Violet in late November last year, it’s no surprise that many of us have items like Pokemon Squishmallows on our radars once more. While the winter holidays have passed, our love for plushies hasn’t. Whether you’ve known about these for a while or are learning about them for the first time today, we can all rejoice that these lovable plushies have recently been spotted in stores.

As of now, the most recent information regarding Pokemon Squishmallows was that they would rerelease in Spring 2023. While this may still come to fruition, community updates on sites like Reddit have reported seeing these appear much sooner than expected. Several recent posts, particularly in r/squishmallow, show people spotting Pokemon Squishmallows at Walmart for as low as $15.

Below is one video recently posted by Reddit user u/Mzumwalde23, showcasing Squishmallows of Pikachu and Gengar.

Interestingly, this isn’t the only time someone has found these Squishmallows in the past few days. Another post by u/Playful_Razzmatazz_5 shows this, implying that these plushies may appear more often soon.

While this may initially spark some excitement, it seems that they’re only appearing in US Walmarts so far. There have not been any recent sightings of these Squishmallows in other regions, and it seems they’re only in select US states. This doesn’t mean it’s impossible to get some, though, as more are reported to appear later this year, according to the official Pokemon Twitter.