How to Unlock the Judge Function in Pokemon Scarlet and Violet

Here's how to make your Pokemon insecure. 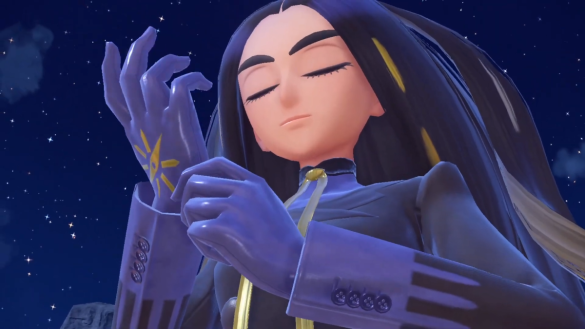 If you’re a trainer with a discerning eye, you’ll want to know everything about your Pokemon. Not only its nature but the base stats that are intrinsic to all Pokemon: it’s attack, defense, speed, etcetera. After all, not all Pokemon are the same. The moment a Pokemon is generated in the game, it comes with a set of Individual Values (IVs) that will determine its stats.

For example, one Rufflet you catch during a Mass Outbreak might have a higher speed stat than one Rufflet you catch 30 seconds later. A Pokemon’s IVs can make a world of difference in competitive battling or difficult 6- and 7-Star Raids, but you may have noticed that there’s no way to see your Pokemon’s IVs, at least early on in your game. That’s because you need to unlock the Judge Function.

Here’s how to do just that in Pokemon Scarlet and Violet.

How to Unlock the Judge Function in Pokemon Scarlet and Violet

For whatever reason, battle optimization is a perk that’s only reserved for the highest-ranking trainers in Pokemon Scarlet and Violet. So, if you want to access the Judge Function, you’ll need to conquer all eight gyms, complete the Elite Four assessment, and topple La Primera Top Champion Geeta herself.

Once you’ve conquered some of the best trainers Paldea has to offer, head toward your nearest Pokemon Center. There, Nurse Joy will notify you that a new function is available: Judge.

Related: All Pokemon with Flame Body in Pokemon Scarlet and Violet

Head into your box, then click the ‘+’ button on your Nintendo Switch controller. Hover over the Pokemon you’re interested in inspecting, either in your team or in your box. Clicking ‘+’ once will provide you with straightforward numbers. But if you hate to look at numbers, like I do, click it again, and you’ll get ratings that range from No Good to Best. You’ll also be able to see your Pokemon’s nature, which adds its own significance to a battle.

Good luck beating all those trainers!