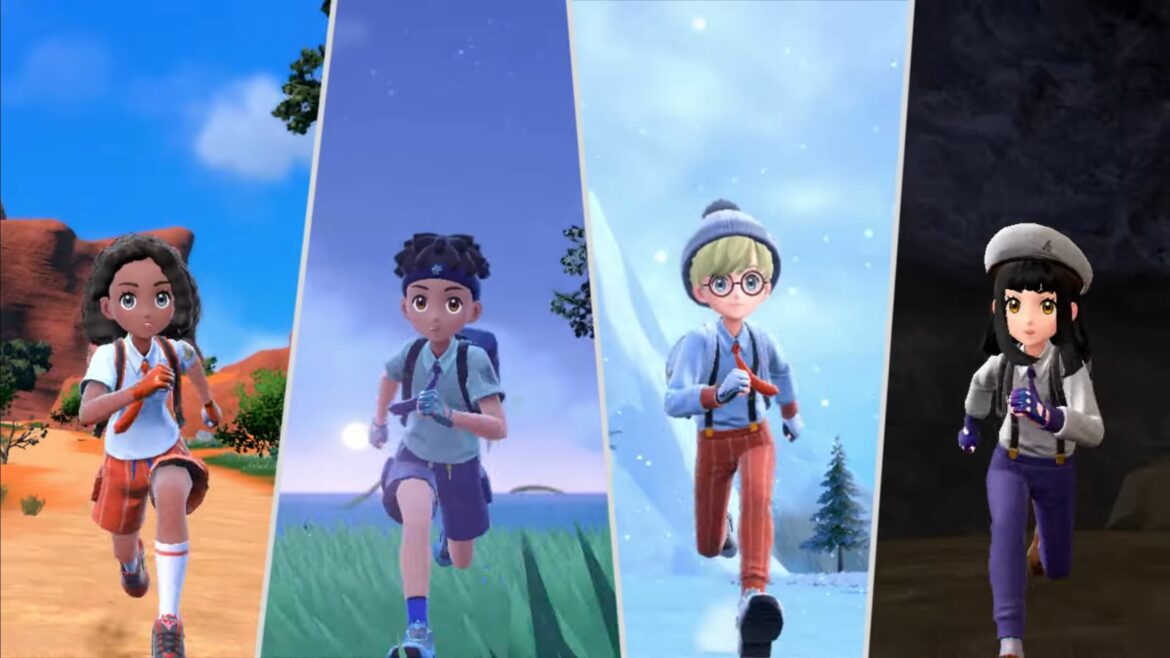 A brand new trailer for Pokemon Violet and Scarlet just dropped. In only three minutes, this new trailer covers a lot of ground. Most notably, the addition of co-op to a mainline Pokemon game.

The trailer opens up with some quick shots of the Trainer running around the new region. What’s even more interesting, is some of the new information found on the Pokemon Scarlet and Violet official website.

“You can experience a new style of adventure, with a world that you’re free to explore at your leisure and not in an order dictated by the story. You will, of course, journey to hone your skills as a Pokémon Trainer, but many more discoveries and stories await you. Meet a variety of people and Pokémon, and adventure in the world of Pokémon the way you want to.”

Branching away from the series roots, it sounds like Scarlet and Violet will allow players to go on their own adventure, without needing to follow the story in a linear fashion. We’re not sure how this will work out, but it’s a bold new step for the franchise.

The trailer also showed off some new Pokemon, like the little pig Lechonk, and a grass/normal Pokemon Smoliv.

We also see four Trainers meet up in the world using a new co-op feature. It’s unclear at this time how limited the cooperative nature of Pokemon Scarlet and Violet is, but it’s promising to see a newer approach. In Sword and Shield, you could team up with other players to take on Max Raid battles, but the extent wasn’t much further than that.

As for the end of the trailer, we see the two new legendary Pokemon of Scarlet and Violet. Big hulking dragons perched upon a cliffside rock. Here’s some more information from the official Pokemon website.

Pokemon Scarlet and Violet will release on November 18, 2022, for the Nintendo Switch.