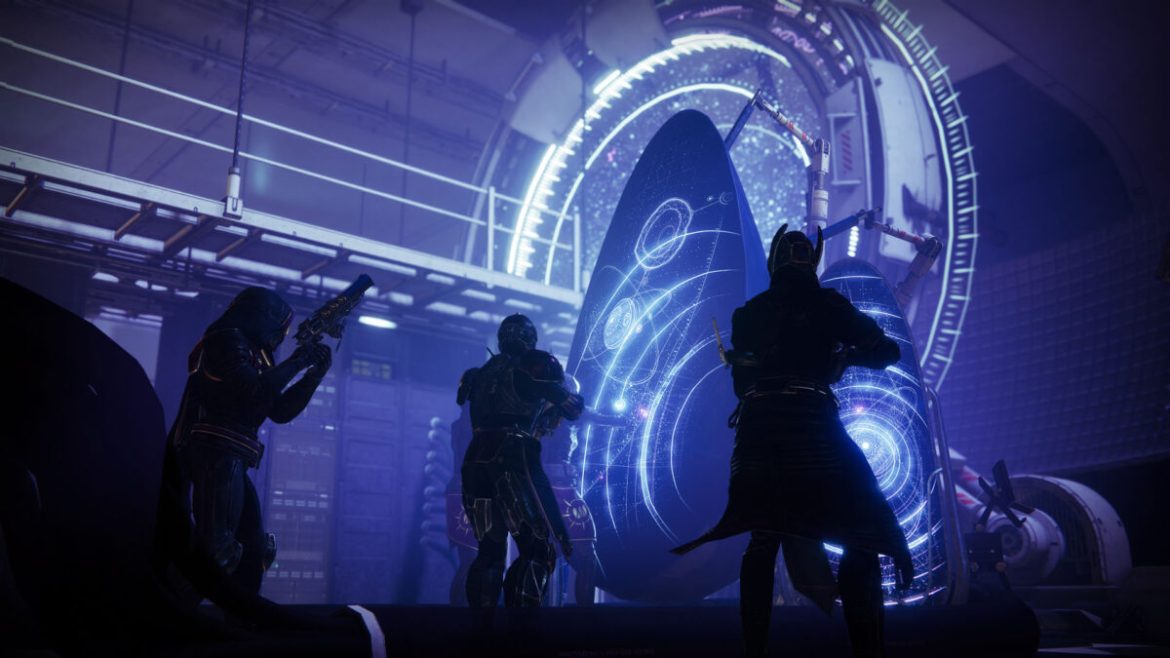 If you were worried that things were going to get a little dull around the Tower in Destiny 2 now that the Festival of the Lost has ended, Bungie has you covered.

Telesto is an exotic energy weapon that has consistently caused problems for Destiny since its release. Supposedly, this is because of the gun’s unique mechanic, which causes its bolts to persist in the environment. These bolts are coded as enemies after they land, which has led to some unintended (and game-breaking) side effects. There’s even an entire site dedicated to documenting the latest bug Telesto causes.

These problems have persisted for years, but now the “broken” Telesto finds itself as the heart of a community-wide mystery.

Starting on November 8, in-game Telestos began to spark. Shooting with these “malfunctioning” guns led to a new bulletspray where, instead of falling downward, the bullets arched upward, forming strange configurations that resembled constellations. This bullet pattern persists until you reload, at which point you’ll slap the gun and the Telesto will shoot like normal.

Dmg04, the Community Manager at Bunge, tweeted the following:

“Seeing an influx of Telesto bug reports. Team’s looking into it. No ETA on a fix – this one seems like it’s far deeper than what we’ve seen before. Stay tuned for updates.”

Logging into Destiny will cause the Postmaster to pop up in a window that says “I AM IN CONTROL,”, followed by a text box of nothing but TELESTO and the prompt to follow DestinyTheGame on Twitter.

The Trials Report Twitter contributed their own “takeover” with the screenshot below.

The Trials Report is usually a resource to see what the best and most popular weapons and loadouts for the Trials of Osiris are. But, for now, they only display TELESTO. And considering Telesto’s never broken into the meta, I find that a little doubtful.

Destiny 2 UK then tweeted out:

“I am Telesto,” which accompanies a distorted image of the gun.

“I have ascended beyond the need for a wielder. I have not taken control; you never had it in the first place. I am beyond Destiny. Beyond Bungie. Beyond all you can conceive.”

Outside of social media, there are a few references to Telesto in-game. Banshee, the gunsmith in the tower, has swapped his old mainstay for a Telesto. And for some reason that just seems ominous. But players with good memories will recall that Banshee has handed a Telesto before, in May of this year. But at the time it felt like a tongue-in-cheek joke, instead of part of a bigger conspiracy.

But beyond Banshee, those who’ve paid close attention will know there’s been some foundation for what is either just Bungie having some fun or the rumored community event. During the Festival of the Lost, players could obtain a Telesto mask. And the Everse added a Telesto-themed bundle, which includes a sparrow, ship, and ghost. The bundle is even titled “It’s Broken Again”.

Currently, though, there’s been no further hints beyond Telesto’s strange shooting pattern. Players are speculating that it might have something to do with an end-of-season event, but without anything concrete, who can say?