Mara Sov is many things. Simple isn't one of them. 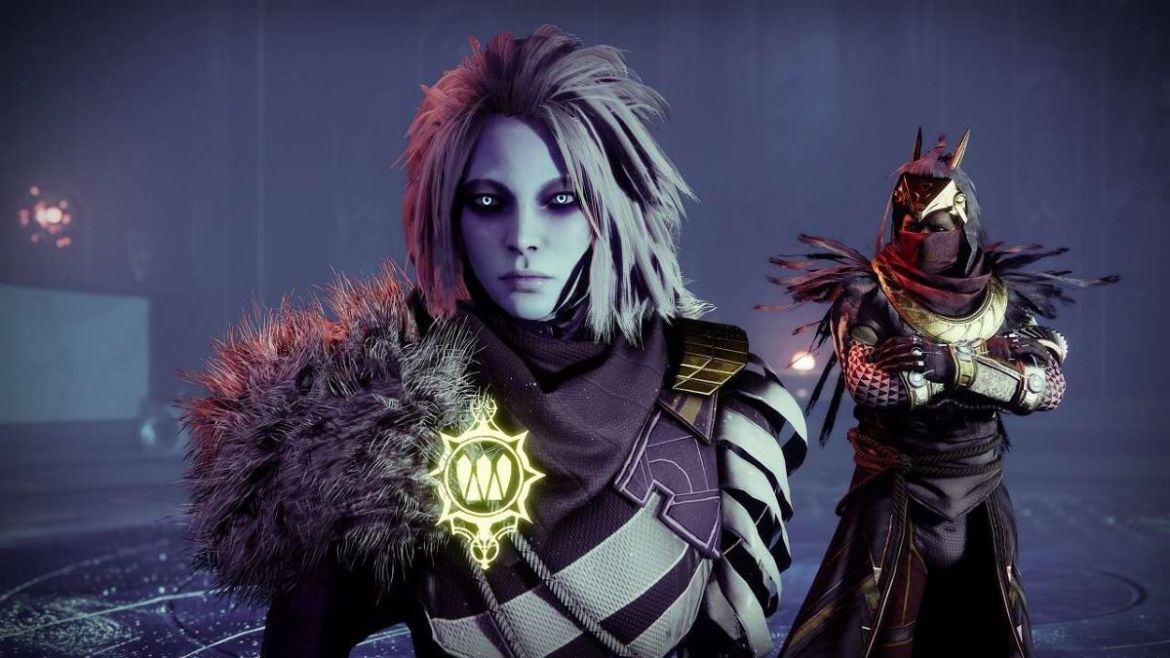 Who is Mara Sov? That’s one of the questions on the forefront of many Guardians’ minds as they’ve watched events of the Season of the Seraph unravel. This Awoken Queen seems to know far more than she lets on, pulling at strings and interfering with events in a way that she deems more preferable. Almost like a certain Hive Queen that has recently taken on the Light.

Even for Guardians who have played this game for years might not know the full extent of Mara Sov’s story. She’s been a prominent character who has been a part of Destiny since Destiny 1, and one of the characters I modeled my own Warlock after. But Mara Sov’s presence in Destiny 2 weaves in and out, with her appearing only in dire circumstances, or when something significant to hear is on the line.

Here’s a summary of who she is and why she is so important to the Tower and the Traveler’s safety.

Mara Sov was once a human, born during the late Golden Age. But she, like all Awoken, was on a colonist ship in space when the Collapse occurred. These ships were brought into an alternative universe called the Distributary, which was created by the warring forces of Light and Dark during the collapse.

Those within the colonial ships survived as disembodied consciousnesses within this newly created universe. Mara Sov was the first to enter it and the second to become reborn as Awoken. And yet, she wouldn’t become Queen until significantly later, after the fall of Alis Li, then Nguya Pin.

Mara Sov conspired to take control of the Awoken population. And when she became Queen, she eventually convinced most of the Awoken to leave the Distributary. An act that would cause the Awoken to face the suffering most humans face, like aging and death.

But this escape from Distributary is a plan that Mara Sov had spent centuries orchestrating. And once Mara Sov and her fleet finally left the Distributary, she severed the connection to the Awoken that had stayed behind. Now in their original universe, the Awoken began to rebuild in the asteroid belt, which they named the Reef.

Once settled on the Reef, the Awoken learned that there were humans who had survived the Collapse. A schism grew in the Reef as to whether they should help the humans or remain isolated in the Reef. Mara Sov remained distant for humanity for a time, but admitted to her lover and bodyguard, Sjur, that she had made the rules that the Awoken suffered by. That she could have allowed all Awoken to be gods but chose to make them mortal instead.

Her bodyguard accused her of confessing this to hide a greater secret. Mara Sov then admitted that she herself aspired to become a God.

Related: What Is the Solo Operative Mod and How Does It Work in Destiny 2

But as events unfolded outside of the Reef, Mara Sov learned that the Fallen Houses were planning an assault on the Last City. One House of Fallen landed on part of the Reef, demanding the Awoken ships. Mara Sov didn’t take kindly to the demand and obliterated half of the Fallen fleet. But rather than scare off her aggressors, Mara Sov had inadvertently launched the start of the Reef Wars.

It is here that we finally start reaching the events of Destiny 1, and the start of The Taken War. When Oryx invaded the Sol System, Mara Sov sought to prevent his approach in Saturn’s rings. This battle ended poorly for the Awoken, as Oryx won a decisive victory with his Dreadnaught’s artillery. The aftermath left many dead and Mara Sov herself was nowhere to be found.

She was presumed dead, but this was just part of a scheme that she’d hatched with Hive-tainted Guardian Eris Morn. Mara Sov lured Oryx into using the Dreadnaught’s weapon, knowing that if he fired it, he’d destroy most of his own fleet, thus forcing him to slow his approach into the inner system. The Awoken sacrifice bought Earth and its Guardians enough time to take the fight to Oryx himself.

Mara Sov’s body was never recovered… but for good reason. Her physical body was obliterated, along with the rest of her crews’. But her consciousness continued, and her brother, Uldren Sov, was obsessed with finding her. To that end, he betrayed the Reef and allied himself with some of the worst, most murderous villains (short of the Hive gods themselves) to try to breach the Dreaming City.

It was in this Dreaming City that Uldren Sov was certain that his sister was captive. To release her, he needed a combination of Light and Darkness to open the gateway to free her. He opened the gateway in the Dreaming City, and it was quickly revealed that his obsession had been fueled by the Voice of Riven, a Taken Servitor that had been whispering to him in Mara Sov’s voice.

Riven then captures Uldren, leaving the Guardians to save him. But they save him, only for him to be executed by Mara Sov’s bodyguard.

But Uldren was right. Mara Sov was in the Dreaming City, though in the difficult to access Ascendant Realm. And by charging the Blind Well at the City’s center, the Guardian could gain access to her one week at a time if they went to a particular spot in the Dreaming City. In these meetings with the Awoken Queen, Mara Sov alluded to the fact that things were still working according to her plan, and once lamented that she did not destroy the traveler when given the chance, and that the ideal life is lived between Light and Darkness.

In the third week at the Dreaming City, the Guardian encounters Mara Sov with an emissary of the Nine, a group of enigmatic entities that controls Unknown Space. Like much in Destiny, their presence and background is poorly understood. But Mara Sov was clearly scheming with the Emissary and did not elaborate when the Guardians questioned her.

At this point, Mara Sov fell to the background, though there’s no doubt that she continued gathering information and crafting plans for large ambitions we still don’t have full comprehension of. But when the Darkness’ Black Fleet entered Sol, Mara Sov threw all of her resources into fighting them back.

Still, even with the full weight of her military, she could not prevent their entry into the Sol System. This effort, however, heralded her return from the Dreaming City in a physical form. And it was here that Savathun arrived to offer Mara Sov a deal.

Savathun, the Hive Witch Queen of deception, had been occupying the form of the guardian Osiris for some time. But she agreed to return the still living Warlock if Mara Sov would remove her Worm and protect her from the other Hive God, Xivu Arath. Not only that, she’d also lift the curse spreading through the foundations of the Dreaming City and help Mara Sov (and, by extension, humanity) against the Black Fleet.

Mara Sov agreed and exorcised the Worm. In doing so, she was able to learn about the entity controlling the Black Fleet, The Witness. However, without a host, the worm began to die, leading Mara Sov to find a means to keep it alive.

While prolonging the worm’s life, it revealed to the Guardian that Mara Sov had plans to kill them in the future. Mara Sov agreed, stating the worm is telling a version of the truth, though those plans are just contingencies in case the Guardian ever turned against humanity. Eventually, the Worm also revealed that during the Collapse, when the Witness turned its gaze towards the Traveler, Savathun used her tricks and lies to turn the tide, forcing the Witness back into the stars.

Mara Sov continued to prepare for the Black Fleet assault, leading us to the events in Season of the Seraph. Mara Sov led the Guardian to the submind vault of Malahayati and the launch complex that would lead them to Seraph Station.

When forced to speak with Clovis, Mara Sov noted that he was a vile man. But despite that, she continued to aid the Guardian, Ana, and Elise. It was Mara Sov’s tactician’s mind that allowed her to dissect Xivu Arath’s strategy. As Xivu Arath’s Worm is fed on destruction and war, by allowing Rasputin to destroy her Wrathborn, Xivu Arath would become so viciously powerful that her victory against the Last City would be almost guaranteed.

This revelation sent the coalition reeling, but again it was Mara Sov who offered a strategy: to force a stalemate. In some cases, victory is not winning but rather surviving. And at this point, we’ve reached the current moment in Mara Sov’s history.

Much more is likely to be revealed in the final weeks of Season of the Seraph. But what is clear is that Mara Sova is a woman who plans by centuries, not days, and who keeps her own counsel. And she’s one of my favorite characters in the game.