What is the Most Expensive Pokemon Card in the World? (And Why) - Prima Games
Featured

What is the Most Expensive Pokemon Card in the World? (And Why)

My head's a bit dizzy. 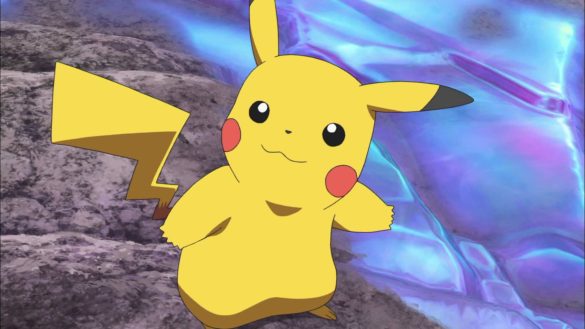 Trading Card Games have been with us since the 90s, and almost everyone who is into card games can pick their poison, whether it’s Yu-Gi-Oh, Magic: the Gathering, Pokemon, or any other less popular TCG (Trading Card Game) franchise in the world. In addition to that, there is also an endless amount of Online Card Games, but we don’t want to go there in this article. All of the listed TCGs have some really high-priced cards, such as 1st Edition Blue-Eyes White Dragon, and Black Lotus… This article on Prima Games will tell you what is the most expensive Pokemon Card in the world.
Initially, you might be surprised by what you will see, so we’ll provide the reasoning behind it as well.

Which Pokemon Card is the Most Valuable in the World?

We’ll start off with a hint. It’s worth five million dollars.

First, let’s provide you with an explanation, while you are slowly calming down regarding the fact that a piece of shiny cardboard is worth more money than you can imagine on one pile.

Related: When Did Spending Thousands of Dollars in Video Games Become the New Normal?

People who like to collect any type of collectible stuff (cards, stamps, figurines) are a different breed. I know because I’ve been around them for well over a decade. There is a definite supply and demand for all sorts of things among various communities, no matter how niche they are. While your grandma sees your ancient TCG collection stack as a pile of cardboard garbage that is bound to get tossed in the garbage truck while you are away from home at the university, an enthusiastic collector would have bought it off of you and technically paid a part (or entirety) of your tuition.

The Supply and Demand law is as simple as it gets in this scenario: Something is worth X, where X is the amount someone is willing to pay for it. This “X” value can reach horrific values if the customer is filthy rich. 5 million for this card in question could potentially be a goose chase for this person. Or even better, the said person can recuperate some of the money from this business venture due to the hype surrounding this transaction (oh look, I am writing about it right now!) and then re-sell the card for profit, due to the high perceived value! Now, enough delays.

Illustrator Pikachu is the card in question. Owned by none other than Logan Paul.

Around his neck, you can see a PSA 10 variant of Illustrator Pikachu. Logan Paul traded in his PSA 9 variant of Illustrator Pikachu, estimated at $1.275 Million, and slam-dunked $4 Million on top of it. It is alleged that his PSA 10 variant is the only one on this planet. Also, come to think of it, there are appraisal agencies for this sort of merch!

Related: What is the Most Expensive Knife Skin in CS:GO? – Answered

What cards do you have in your basement and attic for trade?