Okay no more remakes for a while, please and thank you 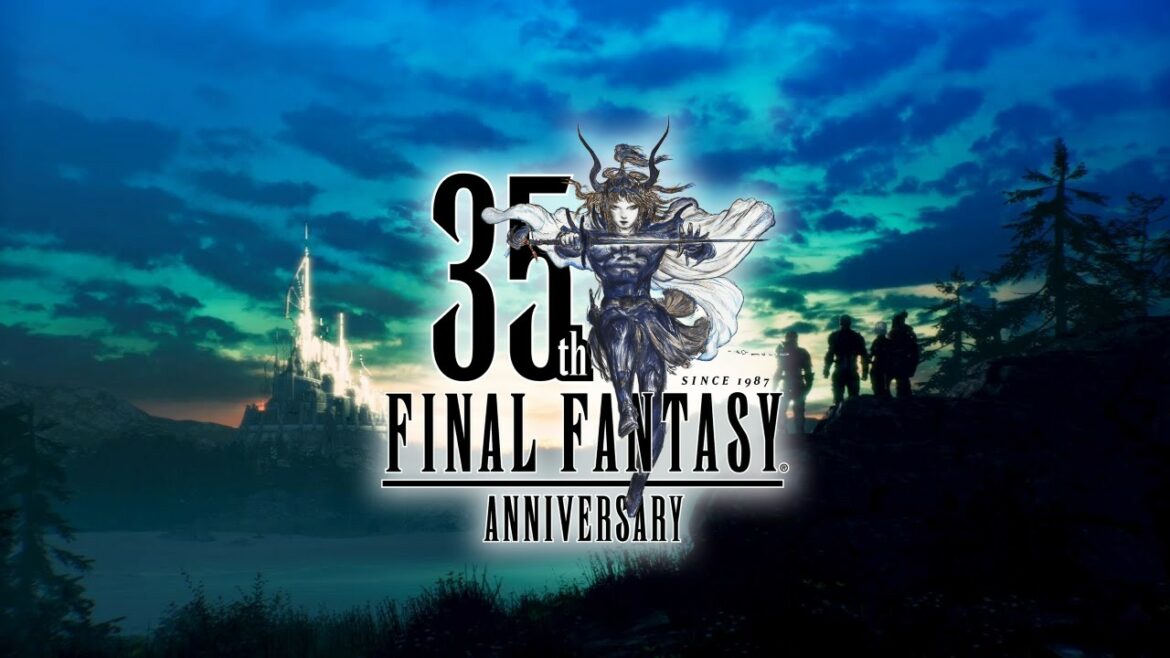 What with all the brouhaha over the upcoming Final Fantasy XVI, younger fans may be wondering how to play all the Final Fantasy games in order. It’s a more difficult question to answer than you might think, especially because Square Enix loves to re-release its most classic games over and over again. There are how many different versions of Final Fantasy IV? You don’t wanna know. I cooked up a similar list last year, but since then a lot of stuff has happened in the Final Fantasy world. So it’s time for a 2022 update

How to Play the Final Fantasy Games in Order

Note: There is some inconsistency with the “also released for” entries on a few of these games, if only because I’m lazy and this took too long! Otherwise I probably would’ve pointed out regional roadblocks (Japan-only) more. But honestly if you don’t know what a WonderSwan is, you probably don’t need to worry about it here.

Final Fantasy (The First One)

Plays best: It’s tough to wade through the bajillion versions of Final Fantasy to dub one the “best.” The original version was notoriously janky, and later remakes made all kinds of different adjustments. The Pixel Remaster on Steam/Mobile is probably the way to go, since it blends the original’s systems (D&D magic, etc) with reasonable difficulty and some seriously dope musical arrangements.

Final Fantasy II (The one nobody likes but actually whips, the true first SaGa)

Plays best: Final Fantasy II has some controversial (awesome) systems in it, and probably the most variance in minutia out of the whole series. If you want an easier time go for the PSP or GBA versions if you can. The Pixel Remaster is a little more balanced without dropping some of the original’s more hardcore aspects, so it feels more “authentic.” Either way, play this with an open mind and you’ll have a great time. Come be a SaGa Sicko like me.

Final Fantasy III (The one with the Onion Knights)

Plays best: If you want to play Final Fantasy III officially, your options are limited. There was never a NES localization for the original, so for us that leaves the DS remake and Pixel Remaster. These are two extremely different games, so it depends on what you’re looking for. Want to truly dive into Final Fantasy history? Play the Pixel Remaster. Want to see what happens when a NES game gets a 3D remake? You can get it on Steam still despite other FF titles being delisted.

Plays best: This game’s release situation is an absolute mess. The easiest ways to play officially now are both on PC, since you’re looking at either a recreation of the original, or a very melodramatic and fascinating 3D remake. The real MVP is the PSP version, which is a distinct remake not available anywhere else that also hits a sweet spot with FF IV’s notoriously wild difficulty variance. Of course, Sony has made it as difficult to buy that version as possible without outright delisting it.

Plays best: This is the true black sheep of the series, FF II-haters notwithstanding. The Pixel Remaster is the only reasonable way to purchase this game officially, while also getting a version that isn’t janky as hell in some way or another. In the previous article I made a case for the maligned mobile version, but that’s delisted now in favor of the Pixel Remaster. V is a great game, that gets no attention.

Plays best: Weirdly enough this one has a similar spread to FF V despite being much more popular. Once again the Pixel Remaster is your only worthwhile option if you’re looking for an official release. There are some pretty interesting fan mods out there though, if you aren’t above emulation.

Final Fantasy VII (The one that got a Pepsi deal)

Plays best: Nothing has changed here in the past few years. All the modern ports have weird kinks here and there, but also come with some nice bonuses to make old-school grinding less… grindy. The true best version is the “Beacause” re-translation, but once again you’ll have to sail the seven seas for that one. YMMV!

Also released for: PC, PS3/Vita, Xbox One, PS4, Switch, iOS/Android
Plays best: You don’t have a choice, buddy! You wanna buy this one you either get to dust off your PS3 or Vita for the original, or you’re stuck with the remaster. The remaster isn’t terrible or anything, there just isn’t a lot of nuance here!

Plays best: These are all just ports of the original, so dealer’s choice, baby. If you’re feeling like some effort, the community absolutely adores the Moguri mod. You can pair that with the Steam release for some pretty significant updates, including AI upscaling for the prerendered background art. Considering these PS1 games are all victims of nobody caring about preserving source code in the 90s, this is as good as it gets.

Final Fantasy X/X-2 (The discourse one)

Plays best: Wow, no mobile version for Tidus and the gang. Brutal. Anyway, the best way to play these games is definitively on PC. Finally, an actual hard answer for one of these damn games! There’s some weird feature disparity between all the different versions of Final Fantasy X/X-2 HD Remaster. The PC has visual options of course, but it also has those boosters for the anti-grinding crowd. You can also skip cutscenes and choose the Japanese VO track. Switch and PS4 follow since they’re basically the same with a little less. The Xbox One version has some slight audio issues, and the PS3/Vita versions are simply outdated due to further improvements made on later hardware releases.

Plays best: There’s no best, since only the PC version is still running.

Plays best: For the most part, as long as you’re playing the newer Zodiac Age rendition of FF XII, you’re getting the best experience regardless of the platform. Obviously the Switch version can’t do 60 fps, but the tradeoff is the portable part. The PC version seems to still be the only version with those “cheat” boosters. There were some inconsistencies with features beyond that, but updates have since brought everything else to parity. Pick your poison.

Plays best: That mobile version was a Japan-only cloud gimmick, so that’s off the table. The PC versions of this very divisive trilogy aren’t so great either, although there are some pretty great mods out there that help mitigate the issues some. Turns out the 360 versions are the best way to play out of the box, but only if you have a Xbox One X or later. These versions run the smoothest, and have all the cutscenes running at their native resolution. Weird, right?

Final Fantasy XIV (The critically acclaimed MMO you can play through the entirety of A Realm Reborn and the award-winning Heavensward expansion up to level 60 for FREE with no restrictions on playtime! one)

Plays best: Since this is a MMO-ass videogame, you’ll get the most mileage out of the PC version. If you’re on consoles, you’ll want to roll with the PS5 version… assuming you have a PS5. FF XIV no longer runs on PS3, and while the PS4 version is totally functional there’s a significant performance gap between it and the other two. Supposedly talks have been happening for a Xbox One version for a while now, so who knows if that’s gonna come to fruition or not.

Final Fantasy XV (The one with The Lads)

Plays best: Without a doubt, “Final Fantasy XV Windows Edition” is the optimal way to play this game. FF XV is fine anywhere you play it, but the PC port is legitimately incredible. The Stadia version is weirdly underpowered and has really stupid exclusive features, but there is the novelty factor if you have the right conditions for it.

Plays best: In your dreams, depending on how many times you’ve watched that new State of Play trailer. TBD, natch.

The closer you get to Current Year, the fewer options you generally have with Final Fantasy games. Really, the biggest decision-making moments are going to happen within the first four games in the series. After that the differences mean less and less, and sometimes very little either way. But for now, I think this is where we’ll stand with the core Final Fantasy series. You know, the numbered ones. Unless something weird happens, which is certainly Square Enix’s M.O. lately.

There’s a lot more to Final Fantasy beyond the numbered games, of course. There’s the earnest weirdness in Stranger of Paradise, several gacha-driven mobile games, and timeless classics such as Final Fantasy Tactics: War of the Lions. Those games don’t get a million different re-releases though, which is probably for the best.