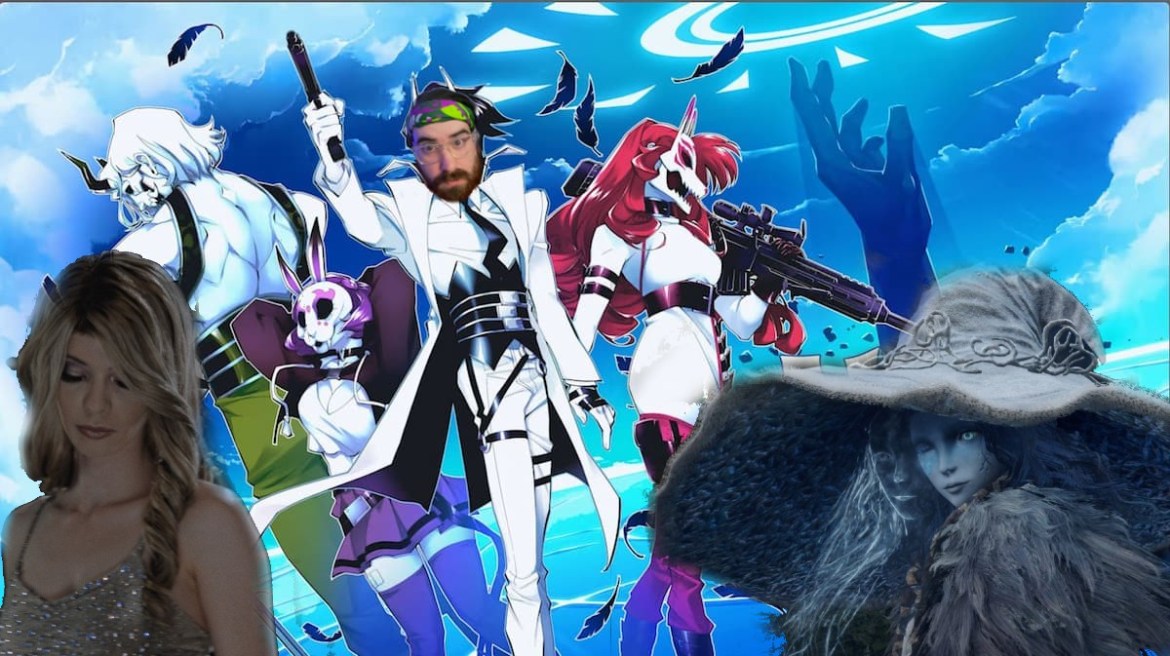 Well, it’s that time of the year again when I have to neatly put all of my thoughts on the year 2022 into some blurbs on a website page. It’s been a long year for a lot of reasons. We saw plenty of game delays, forward momentum on many developer unionization efforts, roadblocks in the Activision/Microsoft acquisition, and Yuji Naka got arrested….twice.

The pandemic still infects the game industry in myriad ways, and the effects will be long-term. We’re always looking forward to the next big release in this line of work, so it’s nice to sit down and reflect on an entire year. I played many games in 2022, but as I’ve gotten older, I’ve been less focused on championing the big AAA games of the year. Not because I dislike them or they don’t give me joy, but as the medium pushes forward, I find more value in games that do something different, marching to the beat of their own drum. This list will reflect some of the unique experiences offered in 2022.

I will admit this was a true 11th-hour addition to my list. I played Frog Detective 3 in a Discord call with some friends over the course of two nights. Each of us took turns voicing the different characters and uncovering the mystery of the missing hats. I walked away from Frog Detective 3, confident that this was the funniest video game writing I’ve seen this year. It’s honest, charming, full of sarcasm, and doesn’t beat you over the head with its humor. It took twists I wasn’t expecting and is a perfect experience for kids and kids at heart alike.

Look, I told you this list would have unique experiences, and nothing is stranger than How Fish Is Made. It’s a free game on Steam, takes 15 minutes to play, and we will leave you scratching your head. It stuck with me because, more than anything, How Fish is Made feels like an interactive statement art piece. Its PlayStation polygon aesthetic makes it deeply unsettling. It makes it on this list because of its commitment to being unabashedly what it is. I guess you could call it a walking simulator, but it’s more of a fish-flopping simulator if you ask me. If you’ve got fifteen minutes and want to feel sad, check out How Fish Is Made, it’s a good representation of the year 2022.

8. The Case of The Golden Idol

Every year it feels like there is a game that is championed by a few thunderous fans. This year I saw so much love for The Case of The Golden Idol that I finally carved out time in my week to play through it all. It turns out that’s a pretty neat game. If you’re a fan of logic and deduction puzzles, The Case of The Golden Idol offers some of the best in the space. Return of the Obra Dinn was one of my favorite games of the year when it was released, and The Case of the Golden Idol scratched all of those itches my brain has been seeking since then.

Power Wash Simulator got me through a lot of late nights this year. The serene feeling of cleaning a dirty Subway Station or playground was satisfying. Especially when I was putting off cleaning my own room in real-life (I have since done that multiple times). What surprised me the most about this game was, weirdly enough, the story. The game’s weird side conversations, lore, and increasingly odd things to wash gave it more than enough variety to warrant its length. The reward of a job well done is sometimes all you need to feel like you’ve made progress.

If you haven’t sensed a theme with my list yet, games that aren’t afraid to be themselves and express the most bizarre parts of being a video game. Stranger of Paradise fits this bill to a tee. The main protagonist Jack is a weird butt-rock-loving dude fighting Bahamut, Ifrit, and other Final Fantasy enemies in the most brutal fashion. However, the game takes a pretty major twist in the last act that ups the ante and continues on a non-stop thrill ride that, by the end, you’re sad it’s over. The game was made fun of (and rightfully so) for the bizarre marketing and stilted cutscenes. Stranger of Paradise manages to subvert all expectations by making you care about that cast of characters by the end, almost an impossible feat that it pulls off in a way that is uniquely its own.

Elden Ring is easily the most talked-about game of 2022. It took the world by storm; even people who don’t play video games were asking me at bars about Elden Ring. It was an inescapable all-consuming entity for at least three weeks (a long time in video game land). It’s From Software’s magnum opus, a true testament to the craft. Elden Ring is one of the few games that took the right lessons from Breath of the Wild. It wasn’t focused on towers, a glider, or meaningless collectibles. It made a cohesive world that was built in a way to promote exploring the unknown. It fits together like a tightly knit puzzle. Sure, most things in the game tried to kill you, but it was always worth the gamble. Elden Ring is a crowning achievement in world design.

I had not played a Sam Barlow game before this year, but Immortality intrigued me from its initial pitch. So I sat down and played Her Story and Telling Lies with a friend over the course of two nights. Once I was primed for Immortality, I dove in head first. Immortality pushes the FMV genre forward in many ways, but the magic behind it is the blend of cinematic experiences woven together with the player’s agency. As you dive deeper and deeper into the mystery, it begs the question of whether we are all just acting and what’s the difference between acting in a movie or putting up a facade in real life. How do we tell the difference, especially when it’s presented to you in such a manner? Whatever you think Immortality is, you’ll have a fundamentally different understanding by the end.

Clone Hero had its full release this year, and I have not spent more time in a video game this year. Having software that allows me to play Guitar Hero, Rock Band, and custom songs all in one place has been everything I could ask for. I even invested in a custom plastic guitar. Rock Band was a very formative experience for my love of music and live performance, and Clone Hero celebrates the best parts of that. With a dedicated community of people charting new songs and video game covers, Clone Hero is the dream for any Guitar Hero fans still out there.

No game surprised me more this year than Pokemon Legends: Arceus. I love Pokemon, and like many, I was tired of the tried and true formula the game wore like a badge of honor. I wanted Gym battles gone; I wanted a Pokemon story free of the shackles of the past. Ironically enough, a game about the past is the one that broke down every barrier Pokemon held up. It gave us a story that respects the history of this world while looking toward the future. Characters that were afraid of Pokemon and the dangers they could be, a Pokedex that incentives learning about the creatures, and a story that felt primarily complete. It can show true greatness when the series isn’t handcuffed by its legacy and left to explore the more exciting bits of lore. Arceus proves that theory to be accurate and is better for it. It gave us battles that rival even the Red fight at the end of Gold and Silver, and while it stumbles here and there, it left me with my favorite Pokemon experience ever.

No game came close to ever breaching my number-one spot after Neon White was released. This game has been on my radar since its very first appearance last year, and I could not wait to play it. After 100% completion, I still challenged friends and global leaderboards. It’s the perfect “one more run” game. Every attempt proved that you could get your time down by just hitting this angle or jumping a different way, trying to break down each layer of a map to its base form. It asked for experimentation, manipulation of its systems, and a swift hand. Neon White blends Twitchy FPS shooters with a Hot Topic AMV aesthetic. It has a killer soundtrack, a bizarre cast of characters, and some of the most exciting gameplay of 2022.

That’s it; we did it. Happy holidays y’all. I look forward to another year of games in 2023.