Preview: Sea of Stars Relishes in its Own Nostalgia - Prima Games
Featured

Preview: Sea of Stars Relishes in its Own Nostalgia

Back in the day I said I'd never watch someone else play RPGs. And yet here I am 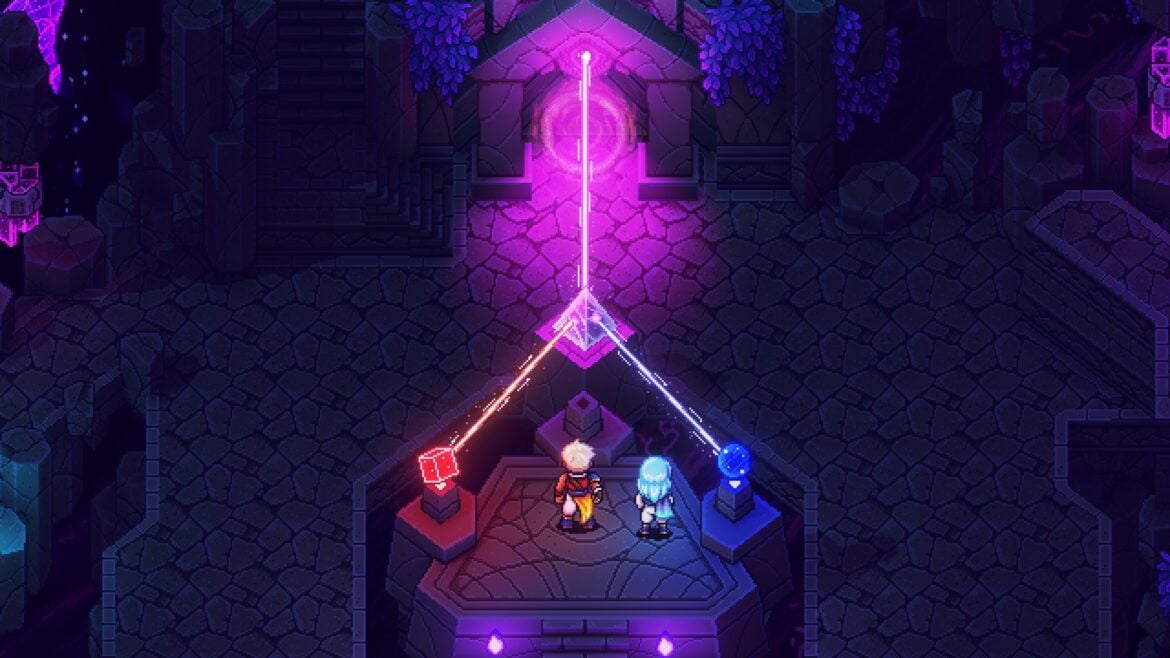 Let me explain that headline. I’ve found myself struggling with games like Sea of Stars in some ways. Often there’s this vibe of “they don’t make games like this anymore” that rings entirely false in my mind. JRPGs have stuck around in various forms over the years, including the classic 8, 16 and 32-bit styles. There’s an air of arrogance, of fixing a problem that doesn’t exist. The audience has changed more, if anything.

There was a little bit of that when I got to see some hands-off footage of Sea of Stars, the JRPG-style adventure from Messenger developer Sabotage Studio. Despite the huge genre shift, The Messenger gave these folks instant credibility. After all, “they don’t make games like this anymore” definitely applies to the NES Ninja Gaiden trilogy, which was a big part of that game. So between that and what I saw, I was confronted with a conundrum. I think I found an answer.

I still maintain that classic-style JRPGs never went anywhere, they just largely moved to handhelds for a good while and that seems to impact the historical perspective. You could make quality arguments compared to the JRPG canon of yore, but Final Fantasy IV on SNES is not the game you might think it is in 2021. What I think “they don’t make these” is a side effect of nostalgia, that powerful force that tricks us into thinking cartoons in our childhood weren’t just as obnoxious as today’s.

Sea of Stars isn’t attempting to save JRPGs or bring back long-lost videogame structure. But what is long-lost is the way a game like Chrono Trigger made the Sabotage team feel. I think the mission could be more accurately described as, “we want to make something that makes us feel like we did before.” And like, that’s a lot easier to understand and relate to.

The folks making Sea of Stars really love them some dang ol’ Chrono Trigger, I tell you what. It is all over this game like syrup pooled over a child’s funny face pancake at the local Ihop. The gameplay demonstration we saw included a moment in the overworld, and it was a total invocation of Chrono Trigger’s map vibe. At one point the characters are running around a carnival, the font is very similar there’s an emphasis on team attacks in battle oh, and Yasunori Mitsuda literally contributed to the soundtrack. So there’s that.

Frankly, Sea of Stars is a Chrono Trigger-ass game, but that doesn’t mean it felt like watching RPG Maker fan-fiction. This game has a look and vibe of its own, from the whimsical color palette to the premise itself. It isn’t a Chrono Trigger ripoff, it’s just that the inspiration is so visible, there’s DNA splashed all over like evidence in a La- never mind.

Switching gears, that DNA is still present in Sea of Stars’ gameplay, but it brings in a lot of other influences. There are elements of ideas popularized by games like Mario & Luigi, Final Fantasy X and modern games in general. In fact, one of the big factors that has me paying attention to Sea of Stars is its focus on pushing players through the story.

I asked about things like grinding, because I’m deeply unhinged and actually enjoy grinding in these kinds of games. I also like to ensure I won’t run into horrid level checks, because that’s worse than bonking enemies for a few hours. But the response was a general interest in keeping the player moving through the story, with more of an emphasis on other things besides stats.

For example, enemies have weaknesses, and exploiting them can cancel their turns. You can also swap party members on the fly without penalties, so not having the right person out doesn’t seem to be an issue. It’s similar to Final Fantasy X as I mentioned earlier, but with a little more going on.

So did Sea of Stars make me have an existential crisis? I’m not sure yet, maybe. My major takeaway is that we have a very nice-looking RPG to look forward to, in more ways than one. At the same time, it’s hard to get a great impression watching someone else play a game on Discord for a little while. I believe the demo’s purpose was to keep me paying attention, and that’s exactly where I’m at. I’ve been there already since I drafted Sea of Stars in my Fantasy Critic draft, but it’s fine. It still would’ve worked.

This preview was written as a result of hands-off, live footage streamed for roughly 30 minutes by the publisher/developer on Discord. No further access to Sea of Stars took place.