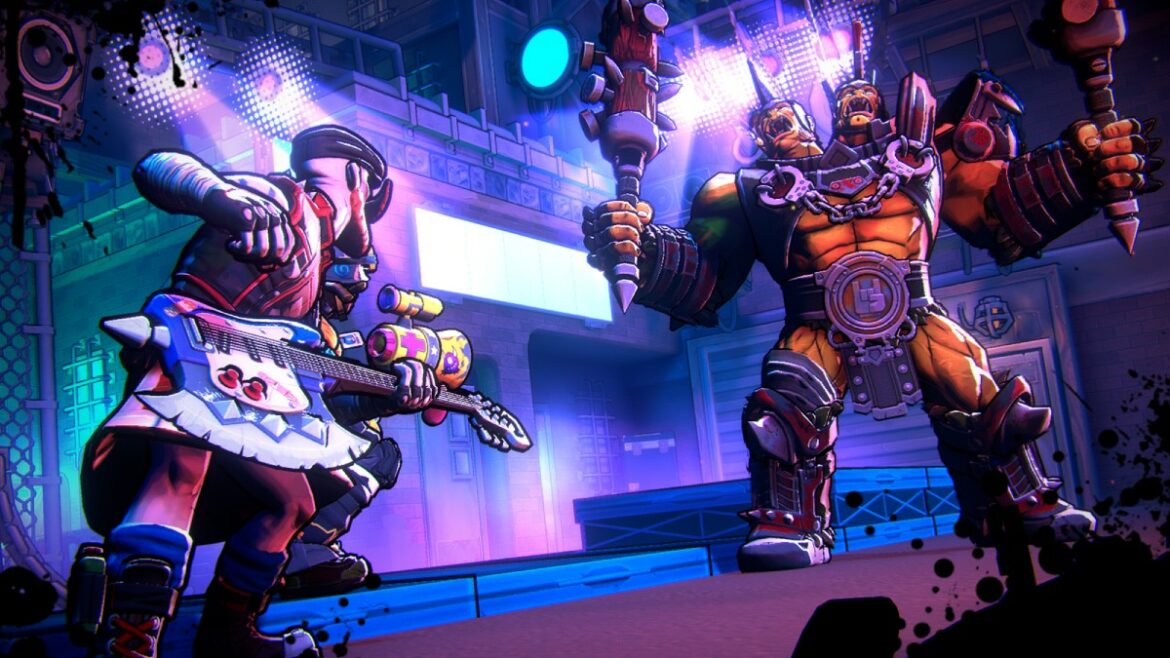 The whole roguelike card game thing has largely eluded me, mostly by happenstance and partly by disinterest. Slay the Spire was cool and all, but there wasn’t any extra oomph to hook me. That first chunk of Inscryption was great, but after that I was good. Power Chord is round three for me, and aside from a few little bumps in the road this could very well be The One.

Power Chord does a few things that immediately got my interest. One, it’s colorful. The heavy metal vibe I can take or lose, but the energy that aesthetic comes with is a big motivator. It also makes the UI easier to parse, since there’s so much color coding for the enemies, players, cards and status effects. Too much nerdy card game minutia loses me, but if there’s a legible shorthand I can parse quickly, it works.

Two, it’s team-based. When it’s just you the player versus the enemy, especially in a game with a more serious tone, there’s not enough separation from the real life hobby for me. That’s a weird one, but card games are so straightforward in real life it dampens the appeal of just a digital version of that.

But Power Chord has a whole party full of characters, colorful characters who are over the top and have dedicated roles. And those roles take the usual RPG bag of tools and give them funky little twists, such as a healer who’s more of a vampire than a medic. It’s an aggressive game overall, with even the tanky character you get in the demo coming with interesting ways to deal damage.

Despite the energetic vibe, though, Power Chord can feel a little too slow at times. Sometimes the attack animations feel like they’re just a little too drawn out, but the bigger issue is one I have with the genre in general. Why do bosses have so much HP? A roguelike’s supposed to be challenging, sure, but not a war of attrition. When I feel like I’ve “solved” the boss fight but it has to keep going for several turns due to its massive HP pool, I start getting antsy. This doesn’t apply to every fight, but every now and then the pace doesn’t mix well with the vibe.

That said, when I got to the end of my demo, Power Chord got the coveted “that’s it?” reaction from yours truly. If a demo wraps up and I’m annoyed I can’t play more, that’s a sign of a solid game at a minimum. I’m not convinced Power Chord is gonna sell me on this whole genre when I could be playing a Mystery Dungeon instead, but I’m planning to give it a chance.