Everything We Know About Starfield: Combat, Customization, Platforms, Release Window and More 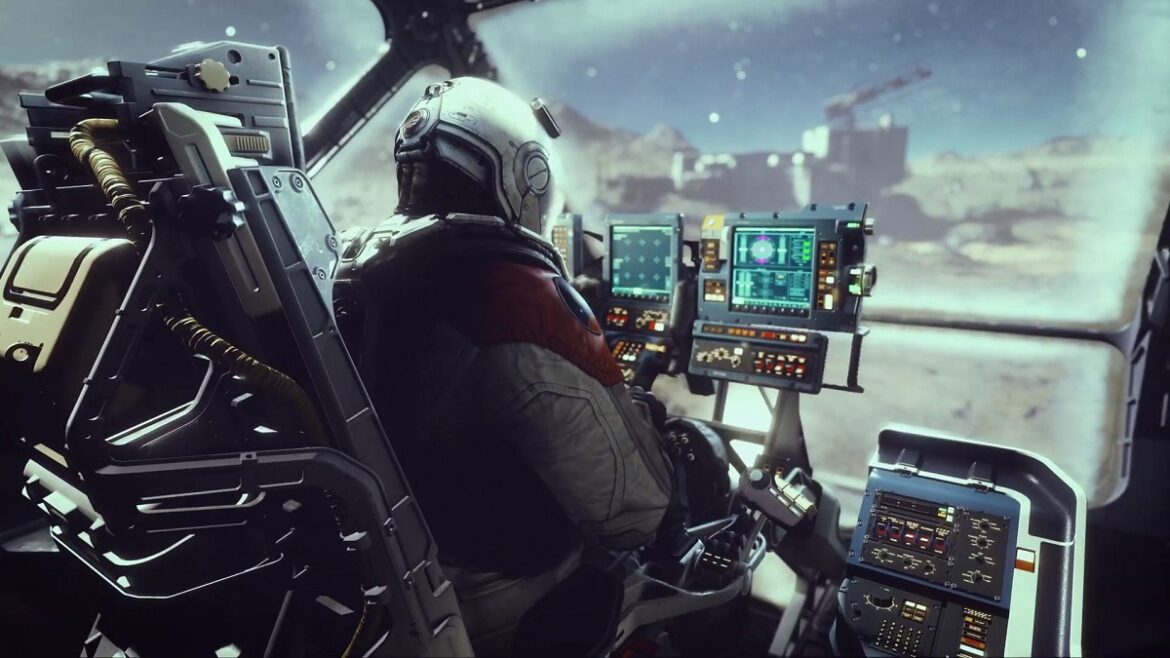 Starfield is the new space RPG from Bethesda Studios – the first new IP for the company in 20 years! It was announced back in 2018 and after a short teaser last year, we finally got the opportunity to learn more about the game in the 15-minute presentation at the Xbox & Bethesda Showcase 2022 event. Check out below for everything known so far about the upcoming space adventure, Starfield.

All Starfield Trailers So Far

The original teaser back from 2021 didn’t show us much – it even contains the now-delayed release date of November 11, 2022.

During the Xbox & Bethesda 2022 Showcase event, we finally got the official gameplay reveal that showcased many aspects of the game in depth, focusing on the story, exploration, combat, and character customization.

While we still don’t know much about the main storyline of Starfield, we got some information about the history of the world and some of the main factions in it. Around the year 2310, two major factions, the United Colonies and the Freestar Collective, engaged in a struggle known as the Colony War. Starfield takes place 20 years after the conflict. Players will take on a role of a customizable character who is a member of Constellation, a space exploration organization.

Character and Ship Customization in Starfield

Just like in Skyrim or Fallout, Starfield will feature a very detailed character editor in which you will be able to create yours exactly how you want it. The editor we saw during the official gameplay reveal presentation definitely had a lot of customization options, but we weren’t particularly impressed with the quality of the character models, which look more like they’re from older Bethesda games than what you’d expect from the current generation.

What looks much more promising are the ultra-detailed customization features of not only spaceships but also encampments on planets where you can set up a base and even hire NPCs to work for you. There is no doubt that Starfield will offer a tremendous amount of customization options in almost every aspect, which will allow players to truly have unique experiences tailored to their space adventure fantasy ideas.

Combat and Exploration in Starfield

In the recent gameplay video, we saw what space exploration looks like on foot on various planets where you gather resources and shoot at weird-looking local life forms or space pirates, as well as flying around space in rusty-looking spaceships. What is especially interesting is that it seems that you can freely change the camera in both modes, so it is possible to play from both first or third-person perspectives, whether you are on your feet or on a ship. The space map showed more than 1,000 planets that players can explore, making us think of No Man’s Sky and procedural generation, but nothing has been confirmed so far.

Although gunplay seems revamped compared to previous Bethesda games, especially Fallout, it still seems a bit clunky – we noticed some serious frame drops. But hey, kudos to Bethesda for showing the game as it is now, no false advertising here. At least they will have some extra time to polish those technical hiccups with the recent delay of the release date.

Starfield was recently delayed from its originally planned release date of 11.11.22 to an undefined slot sometime in 2023. The extra time will definitely help the developers from Bethesda to further polish and tweak the game to work the best it can on Xbox Series X|S and PC (through Game Pass, Microsoft Store, and Steam). So far, Starfield has not been confirmed for the previous generation of Xbox consoles, and it is quite certain that there are no plans for a PlayStation release.

While we can’t guarantee that Starfield will be released in early 2023 or even by the end of that year if they decide to delay it again, the new information we got this summer has at least given us a clearer picture of the game that we will have to wait some more for – let’s all hope that it will be worth it!

For more news on upcoming games, check out Every Game Shown During the Xbox Bethesda Showcase 2022.