The decades of evil. 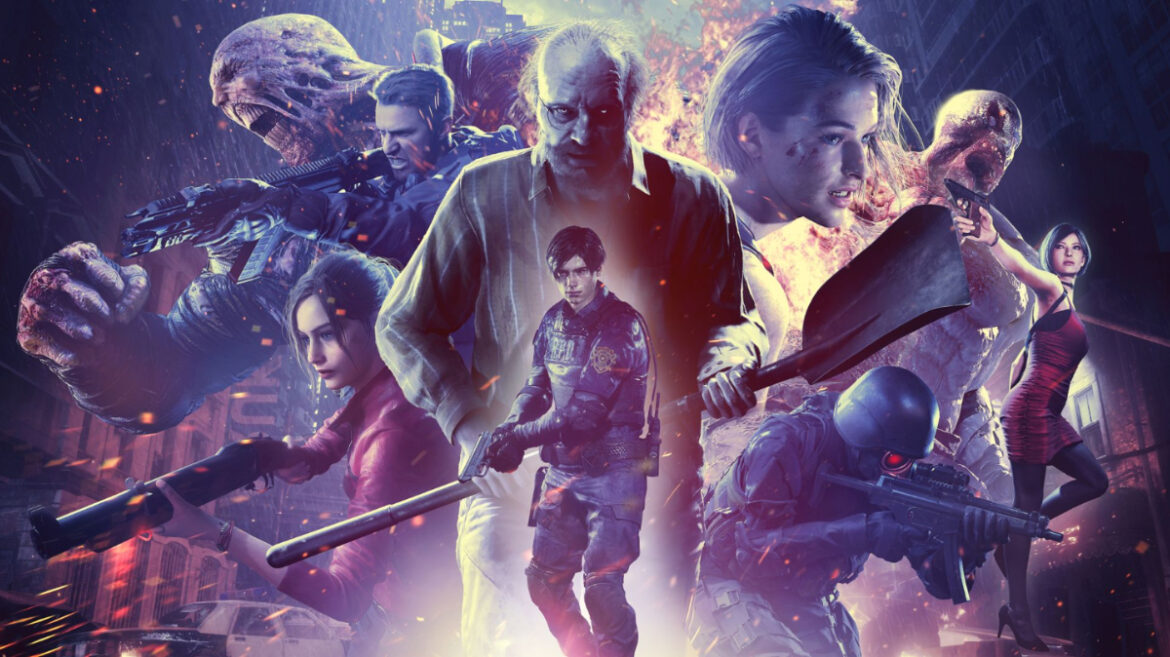 The Resident Evil franchise recently celebrated its 26th anniversary. From 1996 to the present, the cult CAPCOM survival horror has left its mark on many generations and systems. Although there were ups and downs, most RE games are considered genre classics. So, if you are in the mood for some survival horror action and filling zombies with bullets, you’re in the right place. Here’s our list of the best Resident Evil games of all time.

In the list below, you can see our picks for the top five best Resident Evil games which best embody what this series is all about.

Unlike today, the early 2000s were not a time when game remakes were that common. In those years, the rapid advancement of technology and quality of graphics in 3D games has made the original 1996 Resident Evil seem rather outdated in a very short time. CAPCOM decided in 2002 that the then-new Nintendo system should get an exclusive release of the first Resident Evil rebuilt from scratch, which turned out to be one of the best remakes of all time. How much it was ahead of its time is evidenced by the fact that this same remake from 2002 was ported after many years to the consoles of later generations and PC, and even today remains the best way to experience the first game in the series.

The final classic Resident Evil that many fans missed was Code Veronica, which was released on the Dreamcast and subsequently the PlayStation 2. Before the series moved into more action territory with the fourth installment, Code Veronica pushed the classic survival horror gameplay to its limits. It offered the most content of any classic Resi sequel, with huge locations to explore, epic boss fights, and villains to remember – all with the two of the most popular characters in the series available in the same game, the Redfield siblings. We hope that Code Veronica will be remade by Capcom sooner rather than later because impatient fans have already taken matters into their own hands.

Related: How To Play The Resident Evil Series In Order

The latest Resident Evil originally seemed like a game that would divide fans like the previous sequel, but after it was released, it was quickly realized that it was something truly special. The first-person action mixed with the best elements from the series, especially with a hefty dose of inspiration from Resident Evil 4, proved to be a winning formula. Although unique in its own way, Village will also provide a lot of fun for old Resident Evil fans and even bring in some new lore that manages to connect the whole series in a great way. Even if you are not necessarily a fan, this is a horror rollercoaster ride that you should not miss.

Resident Evil 2 in its original PlayStation iteration from the 1990s, as well as the fantastic Remake from 2019, are perhaps the greatest ways to introduce anyone to the world of Resident Evil. While the original expanded and refined the first entry’s premise, a subsequent remake demonstrated that it is possible to recreate a classic in a whole new fashion without losing its charm. Either way, if you decide to play Resident Evil 2, you won’t go wrong with either version because it is one of the best RE games ever.

Originally released for GameCube in 2005 and later ported to virtually all systems in existence, Resident Evil 4 comes in a close second to Skyrim in terms of the game with the most ports ever. Of course, there is a good reason for that, as Resi 4 turned out to be one of the most popular sequels and an unexpected hit that, despite introducing a significant change in gameplay, brought a new direction for Resident Evil and all action games in general. In June 2022, the long-awaited remake was announced, which will arrive in early 2023. Until then, if by any some strange circumstance you haven’t yet, play the original Resident Evil 4 and thank us later.