Who is Yaoyao in Genshin Impact? - Answered - Prima Games
Tips

Who is Yaoyao in Genshin Impact? – Answered 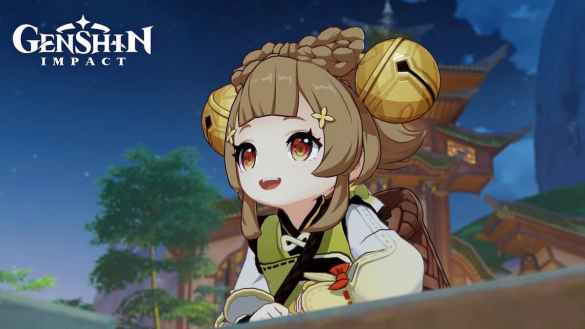 Most of Genshin Impact’s new characters will be first introduced through direct appearances in events or quests. That was the case with most of the Sumeru cast and even other characters that didn’t even have a release date set, such as Scaramouche or Mika (who isn’t even in the game yet as of now). Others will only receive small mentions through NPCs as was the case with Shikanoin Heizou or, more recently, Faruzan.

Yaoyao belonged to the second case, but it was exaggerated to a point that she basically became a joke as Hoyoverse teased her without ever giving her name away. This was finally changed during the Game Awards ceremony, where she was once again shown in the exhibition trailer. A few hours later, she received her own drip marketing. But who is Yaoyao actually?

Who is Yaoyao in Genshin Impact?

Yaoyao is technically the first Dendro character we’ve heard of, as she was mentioned around some of the Liyue’s boards and through many characters’ voice lines. She was Xiangling’s junior when they both studied under Madame Ping, and she loves to play in Beidou’s ship, giving her a hard time when the fleet needs to leave the harbor, and they need to make her leave. Ganyu was tasked with keeping an eye on her, but she also turns a blind eye to her mischievous acts.

She is described as a kind, warmhearted girl that was blessed with a Dendro vision. She loves seafood and, despite her looks, is a very talented and responsible young girl, who even makes Xiangling question if she’s really the senior in their relationship.

Aside from those crumbles thrown by different characters, she hasn’t received any official screen time in the game up until her official reveal. I say “official” because her model was actually one of the very first leaked ones in the game, and we know how leaks and Genshin’s community are deeply linked.

Not only that, she was featured more than once in official art for the Mid-Autumn Festivals, a commemorative date that’s popular in Asia. She shared both arts with Qiqi, a nod to their in-game friendship as Qiqi’s own voice line indicates it for her. Despite appearing multiple times, Hoyoverse refused to acknowledge her existence.

Related: Who is Faruzan in Genshin Impact? – Answered

Which Weapon Yaoyao Uses in Battle?

As she studied under Madame Ping just like Xiangling, it fits that Yaoyao is also a Polearm character just like her fellow student. She is also accompanied by a mystical being just like her. Yaoyao received Yuegui, which is described as an adepti treasure that was given as a token of their appreciation for her.

Just like Xiangling brings Guoba to the battlefield, she also involves Yuegui when she’s forced to fight, as this cute bunny-like creature is also more than capable of defending itself.