Who is the Weapon Expert in Destiny 2 – Answered

Banshee-44 lore is the saddest lore in the game 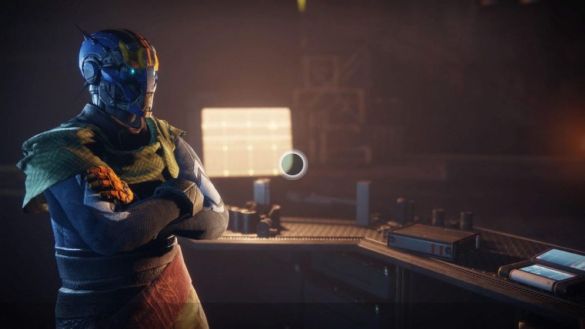 Destiny 2 is a universe with a huge cast of characters, many of which can fly under your radar if you haven’t been playing long (or haven’t been obsessively reading the lore tab). That’s all well and good until you need to know one of those mysterious NPCs for a quest! Here’s how to find the Weapon Expert in Destiny 2.

Who is the Weapon Expert in Destiny 2 – Answered

If you’ve just completed Revision Zero’s Catalyst Quest, Should You Choose to Accept It, Part I – IV, you’ve likely been instructed to find the Weapon Expert. First off, congratulations.

Second, who the hell is the Weapon Expert? Surely, pretty much everyone you encounter in Destiny 2 is a weapon expert of some kind. Well, there’s one who reigns supreme above all others. And that’s Banshee-44.

Banshee-44 is the Weapon Vendor and resident Exo Gunsmith in the tower, who is endlessly examining and tinkering with the same gun. You’ll find him tucked between the Cryptarch, who decrypts your Engrams, and the Vault. Approach him, and he’ll be able to evaluate what you’ve found upon completing Operation: Seraph’s Shield on Legend Difficulty.

Related: All Lunar New Year Items in Destiny 2 and How to Get Them

Fun fact, Season of the Seraph has featured Clovis Bray very significantly. But did you know that Banshee-44 is actually the Exo form of Clovis Bray I? But unlike the Clovis Bray we see in Europa, Banshee was determined to protect humanity against the Vex threat. He used himself as a suicide bomber, throwing himself endlessly against the Vex invasion. Each time he died, he was reset. Each time he was reset, a part of his mind and his ability retain memories was eroded away.

He did this 43 times before the Vex invasion was pushed back. If not for him, Europa would fallen. But Banshee chose to have his memory reset one last time so he could forget everything he’d ever done as Clovis Bray. Now, he’s incapable of forming long term memories and contributes however he can as the Guardians’ gunsmith.

Actually, that was less of a fun fact and more of a sad fact.