Is the Exotic Helm worth the grind? The answer is always yes. 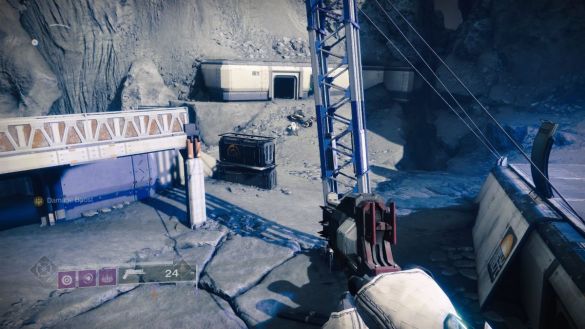 Destiny 2 has ample hidden nooks and mini-encounters called Lost Sectors. These are one of the best ways to farm out bounties in the game, with most players being able to knock out many of them in a handful of minutes. But every day at 9 AM a new Lost Sector is chosen for Master and Legend Difficulty. That means that for 24 hours, you can farm these Lost Sectors for a coveted Exotic Piece. Today’s Legend Lost Sector is the K1 Crew Quarters. Here’s how to find it.

the K1 Crew Quarters is located on the Moon in the Hellmouth. So, load into Sanctuary and head towards Archer’s Line. One of the defining features of this area of the Moon is the ruined structure that stretches across it. Follow the long metal path until you hit the derelict building, then go as far right as you can, hugging the wall. Eventually, you’ll find a path that will take you directly to the Hellmouth.

This is the fastest way to K1 Crew Quarters, and once you load into the Hellmouth you just need to keep right. Almost immediately, you’ll see a few squat, grey buildings surrounding a giant antenna. The furthest building houses the Lost Sector, and if you’re approaching it today (January 9, 2023), its entrance is likely clogged with Sparrows and AFK Guardians.

If you’re thinking of doing the Legend Difficulty Lost Sector, you won’t have to go any further than this entrance, as you can immediately spawn in using the Flag and its blinking beacon. But if you want to complete it normally, you’ll have to enter the building and descend.

Here’s what you can expect if you’re going to do it on Legend Difficulty.

Related:  How to Complete the Bank Job Quest in Destiny 2 in 2023

Good luck grinding out that Exotic Helm, guardian. And if you’re having trouble finding a Legend Lost Sector, you can always select it on the map, creating a diamond point for you to follow. It makes finding even the most hidden Lost Sectors extremely convenient!