Where to Find All Pathfinders’ Logs in Genshin Impact

And greed led them to their ruin! Who would have thought?! 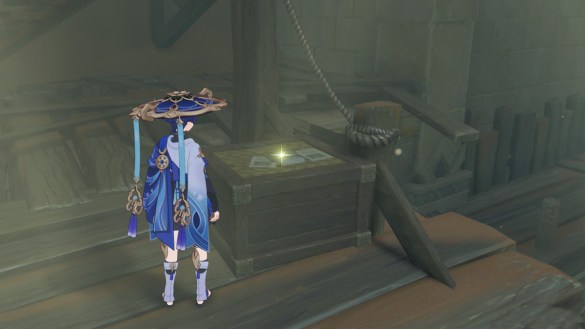 Telling cryptic stories through artifacts’ descriptions, unsettling paintings or exploration objectives is something that Genshin Impact excels at, and the game gets better at it with each new update. Version 3.4 brought the Pathfinders’ Logs to the game, which testify to this claim fairly well.

These lost documents tell a story of a failed expedition in search of the hidden treasure in the ancient Gurabad’s tomb, which was obviously never found and the mission was deemed as a failure. All that’s left of it is their logs, which allow us to see, how that went through. They also net us an extra achievement, and that’s why we’re going for them.

Where to Find All the Pathfinders’ Logs in Genshin Impact

Before you can view them all, you need to reach a certain point in The Dirge of Bilqis World Quest in the Desert of Hadramaveth (right after you obtain the Jinn in the Magic Bottle), otherwise only the first entry will be accessible. To unlock this quest in the first place, you need to complete the Golden Slumber series in the previous desert area.

There are a total of 6 Logs in the ruins around Wadi Al-Majuj, and you can view them in any order to get the achievement. In fact, you’ll probably find the sixth entry first as it’s nearby the point where you emerge during the World Quest. Remember that all of them (except one) are in underground areas. Interacting with all 6 will give you the Genesis of the Rift achievement.

The numerical order is the one that makes more sense in the story, though. They’re not collectible, and you only need to interact once with them to get the achievement. This also means that whenever you want to revise them, you gotta reach those places again and again.

Interacting with the sixth entry will also update the Scarlet Sand Slate obtained during Golden Slumber, giving you information on the actual treasure’s resting place. Yeah, the Traveler’s always who gets to keep the goods.