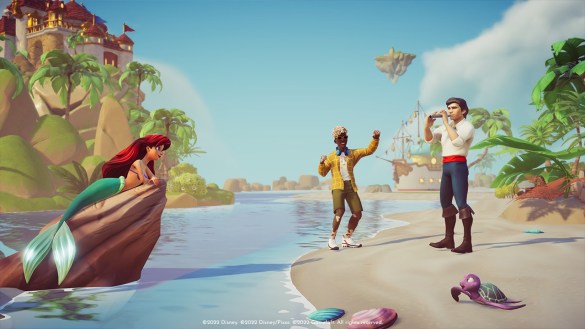 Disney Dreamlight Valley is a new life sim-style game from Gameloft, set for a 2023 release on several platforms. Similar to games like Story of Seasons or Dragon Quest Builders, players will do things like create buildings, farm some sort of weird magical Disney crops, and meet their favorite mascots. If you’re a huge Disney fiend and don’t want to wait until next year, there’s also an Early Access period coming very soon.

According to the PlayStation Blog, Disney Dreamlight Valley’s Early Access will launch sometime this summer. Considering it’s almost May, there really won’t be much of a wait. And this is a free to play game in the first place, mind, so you won’t even have to buy in to start. There isn’t a Nintendo Switch preload yet, but on most other platforms you can go ahead and drop the game on your wishlist.

The folks promoting this title are saying it’s more of a life sim/adventure game hybrid, citing game series like Monkey Island. Will Disney Dreamlight Valley be as unhinged as Day of the Tentacle? Probably not, but it does look like there are at least some evil protrusions involved. We’ll find out more when Early Access rolls out sometime in summer 2022.