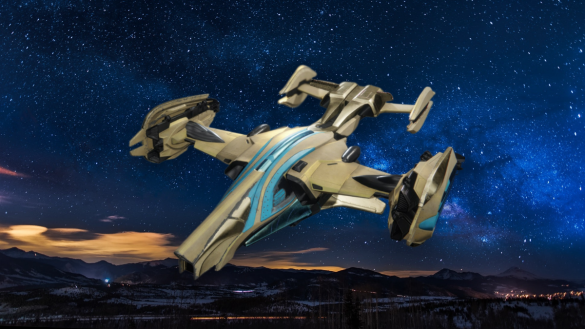 If you’ve recently finished the Last Wish Raid, you might find yourself in possession of a peculiar item: a Glittering Key. Hovering over it in your inventory, you’ll learn that it must unlock something in the Dreaming City… but what? Here’s what to do with the Glittering Key in Destiny 2.

The Glittering Key is a rare drop that you’ll occasionally find upon opening the final chests of the Last Wish Raid. But before you get too excited, here’s a sad fact: You’ll need to complete the raid (or at least a particular encounter) again before you can finally unlock the chest that the Glittering Key goes to. If you still have other characters, you need to run through the raid. This is a good time to do so.

The Glittering Key specifically unlocks a chest that spawns after the fight against Morgeth, the Taken Ogre, and before the Vault puzzle. But you can’t just run through the Last Wish like normal and hope that the chest spawns.

Instead, you’ll need to head to the Wall of Wishes. For those not in the know, here’s how to find the Wish Wall. If you already know how, skip the section below.

You’ll enter the raid. Head through the doors and immediately turn left. You’ll notice that to the left are three statues of women on the wall. The one in the center is a noticeably different from the others – she has a square panel in her stomach. Wait, and this panel will open, revealing an amethyst-encrusted cave. Jump through, then platform through the cave. You’ll hit moments where there are drops, or you feel like you might deviate from the right path.

Related: All Wishes on the Wall of Wishes in Destiny 2’s The Last Wish Raid

That’s okay. Keep left. If there’s ever a choice to go anywhere else, keep left. Even if it’s really, really tempting to go right.

Eventually, you’ll reach the Tower of Opened Eyes. You’ll see an open door to your right. Again, you’ll be tempted. Don’t go through it. Instead, keep left, going straight. Eventually you’ll hit a wall, but it’s not a dead end. You can platform upwards, with those ledges being marked by green moss and white flowers.

Climb as high as you can and eventually you’ll find another tunnel to crawl through. The tunnel will end and you’ll be faced with a large chasm and the opening to another tunnel across from you. It’s a big jump. You’ll need to take it. Jump across and you’ll find yourself in a much larger stone corridor, where you’ll eventually be faced with a giant connect four board.

This is the Wish Wall.

Now that you’ve made it to the Wall, you’ll need to input Wish 2 into it. Refer to the image below. This will spawn the chest between Morgeth and the Vault Puzzle.

With that done, we’ll then want to input Wish 5. Refer to the image below.

The Fifth Wish will allow you to step onto the platform and will teleport you right to Morgeth’s encounter. Handy! You might be tempted to teleport to the Vault, but I can’t recommend it. You won’t be able to backtrack to the chest and you’ll have to start the Wish process all over again.

Once you defeat Morgeth, head into the next section until you finally get outside. Once you’re outside, turn right and make a b-line for the large, rocky pillars you’ll see in front of you. The chest will be waiting for you at the top. Open it, and you’ll receive one of the rarest ships in the game, exclusive to this chest: Ermine TAC-717. Congrats!