What Does Starsphere do in Fire Emblem Engage? – Answered - Prima Games
Tips

What Does Starsphere do in Fire Emblem Engage? – Answered 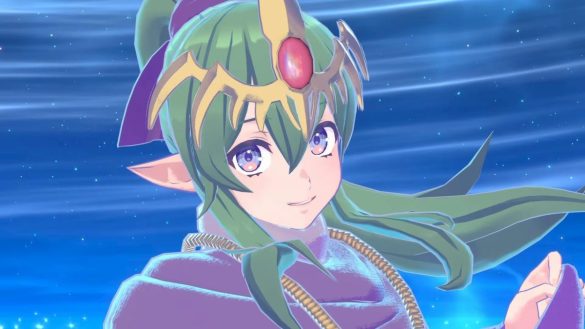 If you’ve purchased Fire Emblem Engage’s Expansion pass and managed to endure (and defeat) Tiki’s brutal Divine Paralogue, it’s likely that you’ve stumbled across her sync skill, Starsphere. Or maybe you’ve seen the endless chatter about it on Discord and Reddit. Either way, here’s what Starsphere does in Fire Emblem Engage.

What Does Starsphere do in Fire Emblem Engage?

The Expansion Pass for Fire Emblem Engage has been pretty generous. With the Three House Bracelet offering an explicit 20% exp boost with Lineage and Tiki having Starsphere, refining your units has never been easier.

But Starsphere is the Sync Skill that has captured the most attention. This Tiki exclusive skill grants its user enhanced state growth while leveling. As we know, stats are the king of unit refinement, dictated by both character and class growth as well as RNG. So, anything that can skew the odds in your favor is something you want to have.

Unfortunately, we still don’t know precisely how much Starsphere influences stat growth. But I’ve noticed that the units with Tiki equipped have had the best level-ups, with more stats receiving boosts than other characters.

Some players have theorized that the state growth percentage is like a 10% to 20% growth rate boost. If it’s 20%, this would make it one of the most generous growth rate boosts in the franchise. Either way, if you’re big on creating the best units possible, the Starsphere Sync skill is extremely useful.

And it can be inherited by any character, so long as they have a bond with Tiki of at least Level 5. But it won’t come cheap: you’ll need 1,500 Skill Points to claim it. If you find yourself low on Skill Points, why not check out our SP guide in the related link above?