Was “How Very Glib” Removed from FFXIV? – Answered 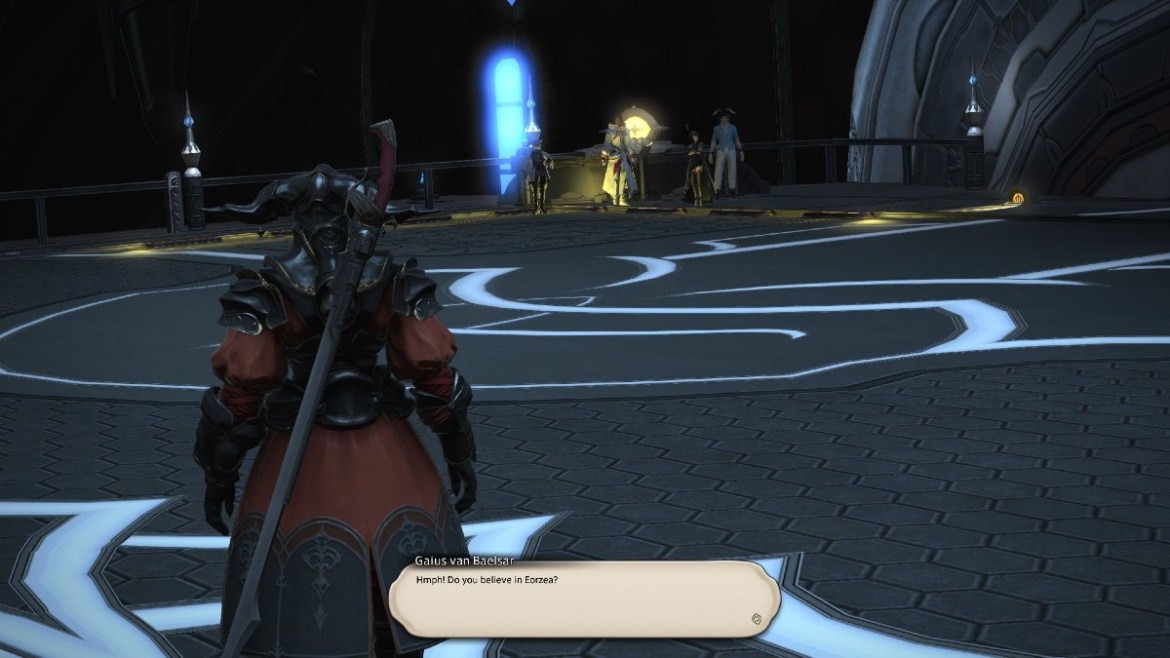 The most recent update to Final Fantasy XIV didn’t just deliver a bunch of new content. We lost something crucial as well. Longtime fans noticed a line of dialogue from one of Final Fantasy XIV’s most infamous dungeons, which had become a sort of meme over the years, was quietly removed. Yes, Gaius van Baelsar no longer says “how very glib” in response to a dead-eyed stare from the Warrior of Light. Rest in peace.

Here’s some background, in case you have no idea what the hell I’m talking about. The dungeon in question is the Praetorium, which folks who spend a lot of time in Duty Roulette are nice and familiar with for sure. The final MSQ dungeon of Realm Reborn, this quest hasn’t structurally aged well. It comprises several long, unskippable cutscenes and other examples of growing pains and lessons learned since. With Endwalker 6.1, Praetorium was modified a bit to make it less of a test of patience.

Part of that modifying was removing things like player dialogue choice options. “How very glib” was a response to a player choice, which in 6.1 became a response to a blank stare from the player’s avatar. The JRPG silent protagonist combined with Gaius’ over the top dialogue was very funny, hence the line’s meme status. Unfortunately that’s all over.

Related: FFXIV: How to Unlock New Viera Hairstyles in 6.3

Players noticed that section was removed entirely after 6.3 launched, a consequence of sanding off those rough edges from the previous streamlining. The goofy blank stare is gone, probably the right call. But so is The Line, which is a real bummer. Luckily YouTube exists, so older FFXIV players will be able to reminisce as needed. Newer players, sadly, will miss out on that silly context.