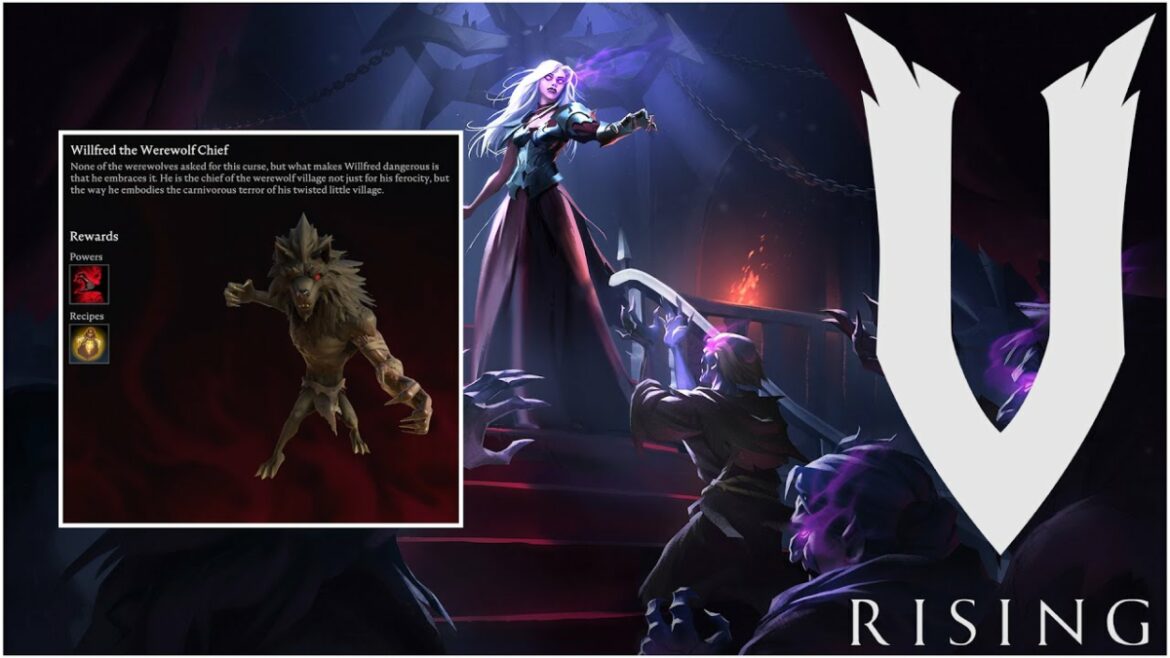 Related: Where to Find Nicholas the Fallen Boss Fight in V Rising

Where is Willfred the Werewolf Chief in V Rising?

Willfred the Werewolf Chief is based at the Gloomgrave Village, northeast of the Dunley Farmlands. The notorious boss will make his appearance near a small house just north of the village.

However, before you reach the boss, you will face countless werewolves – Willfred’s minions. It is better to kill them on sight because they will make your fight against Wilfred much harder.

How to Defeat Willfred the Werewolf Chief in V Rising

Before facing this V Blood boss, you must know that Willfred the Werewolf Chief is level 64. Level up your gear and armor to at least a matching level first and the fight should go without a hitch.

Before getting into the fight, there are a few items and abilities you should equip:

Here are Willfred’s abilities and his attacks:

It is best to battle him during the night as you won’t be able to extract V Blood the moment the sun breaks. The easiest way to defeat Willfred is to lure him into the tiny house and simply combine your long-range attacks against him and the humans he summons. Dodge his attacks the best you can, and once you defeat him, extract the V Blood for new abilities.

These rewards include the Heart Strike ability and the recipe for Holy Resistance Flask.