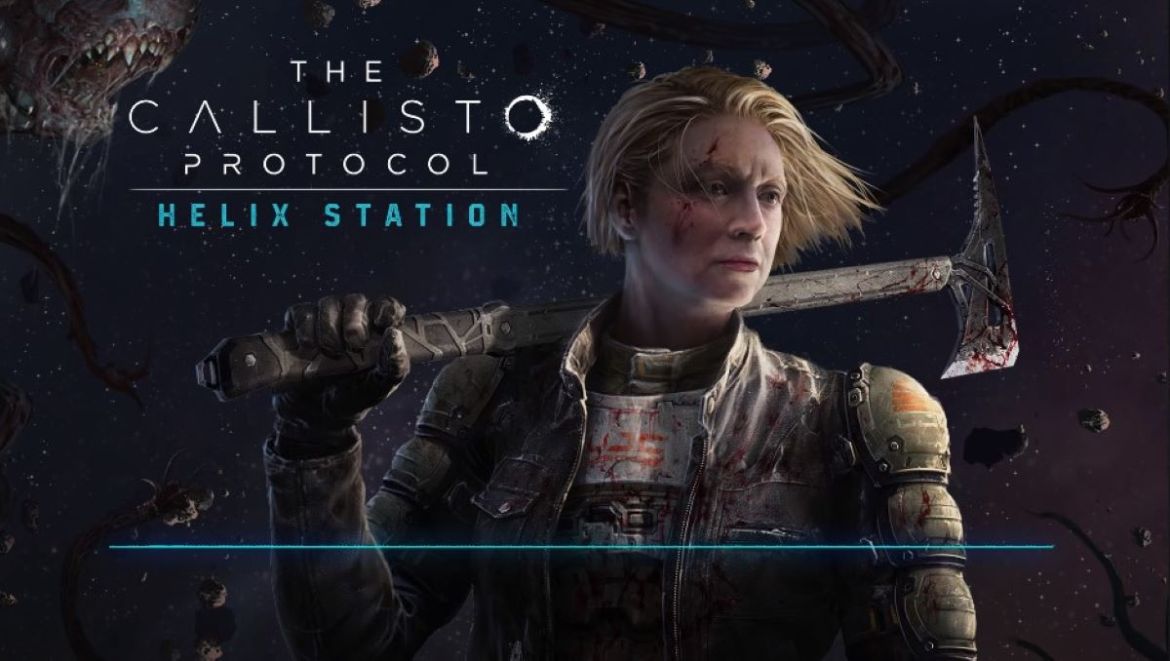 There’s something calling us to the black abyss of space, because the horror survival genre is seeing a rising tide in upcoming games that take place between the stars and on strange, unfamiliar planets. The Callisto Protocol is set to arrive on December 2, 2022, and it might be the darker, more mature mix of Bioshock and Dead Space that fans have been clamoring for.

That might only be natural, as The Callisto Protocol comes from the creators of Dead Space, but one glance at their social media is enough to know that The Callisto Protocol is a completely distinct entity. The game’s Twitter page is an endless treasure trove of cyberpunk-esque gifs, peaks at enemies and weapons, and the opportunity to submit an application to join The United Jupiter Company. All of these teasers are well-designed, but the level of quality and care that went into the associated podcast The Callisto Protocol: Helix Station is the next level.

For those worried about spoilers, you have no reason to fear listening to Helix Station. This podcast is a prequel to the events of The Callisto Protocol. It follows skip tracer Percy as she hunts down a fugitive in the abandoned, irradiated Helix Station. But once she arrives, she finds that there’s more on board than an escaped convict – unspeakable horrors rear up from its dark corners, both physical and remembered.

Related:  Launch of The Callisto Protocol

The Callisto Protocol: Helix Station paints a vivid picture with the depths of human depravity and themes that many will recognizable: grief, regrets that won’t die, and the delicate balancing act of maintaining a normal façade while you’re a hair away from losing it.

With only 6 episodes to tell its story, Helix Station moves quickly, throwing you into the action almost from the start. But despite that, the characters remain distinct and memorable, and you have a taste for who they are before things go terribly, terribly wrong. But the bullet-fast plot is overshadowed by the sound effects, voice acting, and writing.

Each scene is crafted to keep you perfectly immersed. And by the end of episode one, all the weird space jargon and feelings of cosmic culture shock will be out of the window. You’ll be right there with Percy and the rest of the crew as they delve into the derelict against all good judgement.

In many ways, Helix Station strums the familiar chords of Bioshock: the Helix Station was a once-utopia-turned into an isolated derelict, Percy is our jaded protagonist, sent into its dark and dangerous halls. And all around her are secrets, kept just out of reach. But Helix Station feels more mature, with Dead Space level gore and gristle. Don’t worry about it being more of the same, though, as it story is something separate entirely.

Is The Callisto Protocol: Helix Station worth listening to?

The answer to that is, unequivocally, yes. Even if you’re on the fence about buying The Callisto Protocol, Helix Station is worth listening to on its own. Especially if you enjoy audiobooks or narrative-driven podcasts.

Helix Station stands on its own two legs as an independent story with independent characters. Everyone who had a hand in making this podcast what it is should congratulate themselves. It’s an immersive, gruesome, vicious, vivid experience that might haunt my dreams for weeks to come. It’s a fairly short-lived experience as well, with only six episodes total, each ranging from between 20 minutes to 27-minutes as of November 23, 2022.

The Callisto Protocol: Helix Station is available through Spotify, Apple Podcasts, and YouTube free of charge.