Finally, you can visit the origins of jazz music with Persona 5 on Taiko no Tatsujin 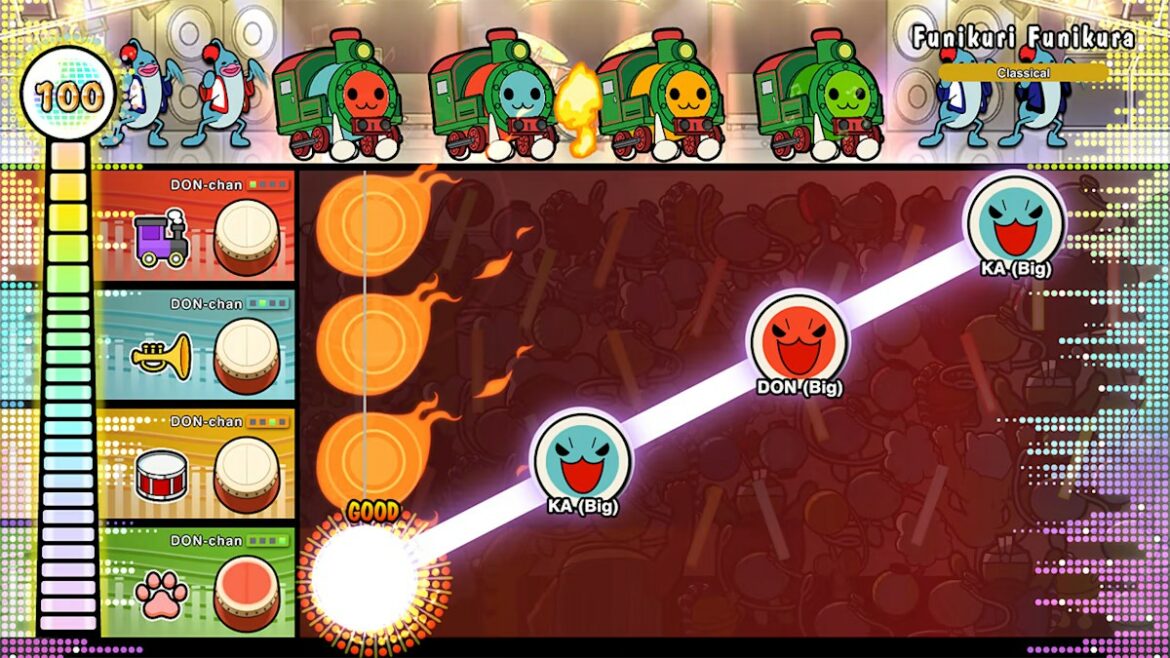 Bandai Namco revealed the latest in its adorable and brutally challenging music series. Taiko no Tatsujin: Rhythm Festival will be launching for the Nintendo Switch on September 23, 2022. There will be multiple editions of the game, and Bandai Namco is also launching a “Taiko Music Pass” subscription service for hundreds more songs.

Rhythm Festival will be getting a physical retail release, and preorders are starting to roll out at retailers. The base game will be $49.99, and a new Drum Controller SKU as well as a Taiko Drum Set Edition will also be available throughout the day. Digital versions will go up on launch day, including a Digital Deluxe Edition that comes with a 90-day Taiko Music Pass trial.

A price for the Taiko Music Pass was not included in the press release from Bandai Namco, but it does note the service will include “more than 500” songs on day one, with monthly updates after that.

Rhythm Festival will have 76 songs in the base game, which includes features like a Story Mode and Party Mode, letting up to four players play together cooperatively. Online battles will also be available, of course. Save data from earlier entry Drum ‘N’ Fun will unlock bonuses in Rhythm Festival.

This will be the third Taiko no Tatsujin game for the Nintendo Switch. Alongside Drum ‘N’ Fun, a RPG spinoff called Rhythmic Adventure was released in two parts and bundled together. These games did not see a physical release in North America, so until now fans had to import the physical versions and drum sets from Asia or the UK. Once more pricing details arrive for the drum sets and Taiko Music Pass, we’ll be sure to get that information on Prima Games ASAP!

In the meantime, you can check out an official Taiko no Tatsujin anime on YouTube, which looks about as weird as you might expect from something like this.