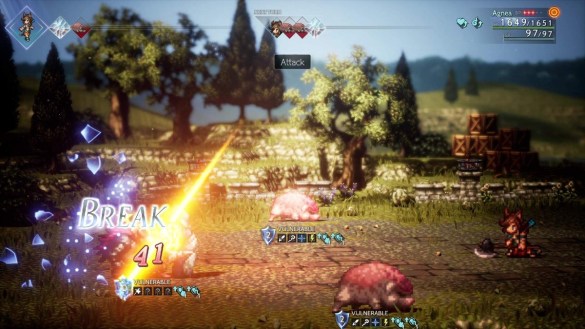 In the lead up to its release, Square Enix has been sharing information on Octopath Traveler II. From new characters to new abilities, there’s already a lot of new stuff coming to this surprise sequel. But one information drop really stood out to me, and that’s Secondary Jobs. I’m all about a job system in JRPGs, and having a new one adding additional nuance to an already compelling JRPG sounds like icing on the cake.

So since the information Square Enix dropped on its website is so detailed, I thought I may as well write it up! It’s like a pre-guide guide that explores Secondary Jobs and how they function. There’s no hands-on testimony here; I’m going based on what’s sitting on the official website. But it’s neat and worth sharing.

In the first game, each character had a Job, but you didn’t get to change it. Part of the whole setup was each character having a defined role. Being able to assign a Secondary Job adds a new layer of customization and ownership over the adventure. And in Octopath Traveler, a game that has a big emphasis on weaknesses, having those extra options also makes your chosen party much stronger.

Having a Secondary Job adds weapons and skills to the list of what a character can use. So if your character’s primary Job has them using a bow, giving them access to swords or axes is possible with this mechanic.

To unlock Secondary Jobs players will have to find guilds scattered around the world. Completing tasks for those guilds earns you licenses, which grant one use of a Secondary Job per item. For normal Jobs you can get up to three licenses each, but for “special” Jobs you have to get a “proof,” and there’s only one of those per Job.

In addition to equipment and normal skills, Secondary Jobs also provide Support Skills. These are extra passive abilities that can add things like bonus experience or stronger stats with specific weapons. Up to four Support Skills can be equipped at once. These are unlocked by learning the normal Job skills, and it seems like Supports stick around after you chance Jobs. I could be wrong on that one, but it sounds like it based on the blog text.

That’s what we know about Secondary Jobs in Octopath Traveler II for now. We’ll have a proper guide when the game releases on February 24, 2023.