Here is the full voice cast list for Neon White. 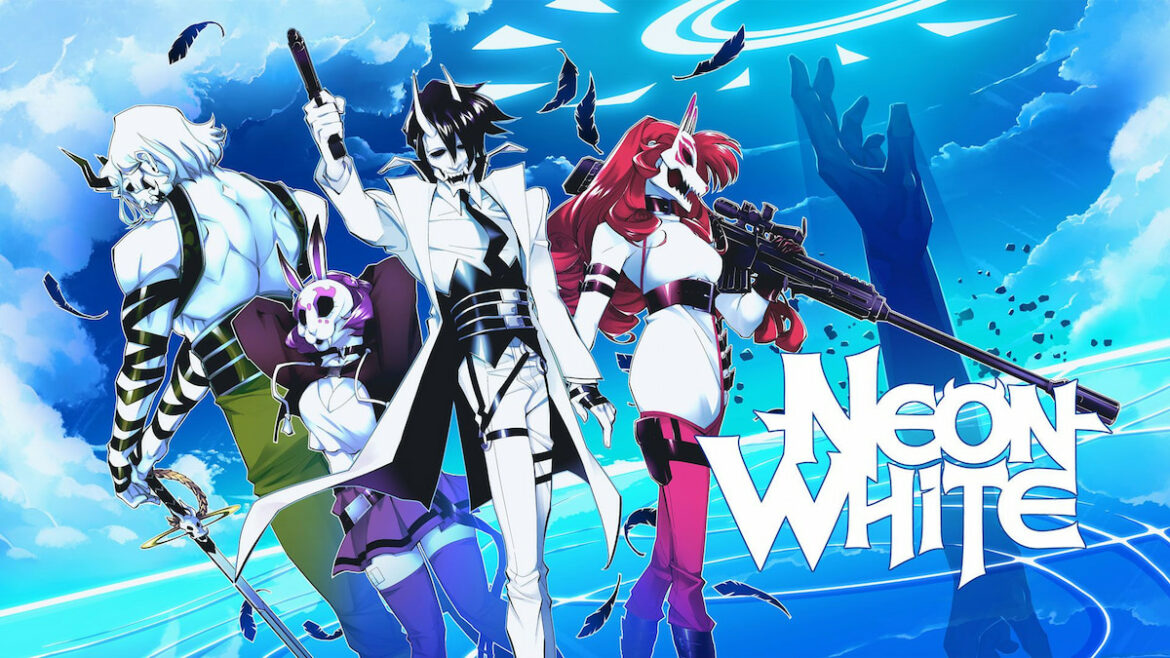 Neon White, developed by Angel Matrix and designed by Ben Esposito, is a frenetic FPS first-person shooter that boasts an impressive cast of characters. These voices will probably sound pretty familiar to you. So we’ve listed the voice cast for Neon White.

The main character Neon White is voiced by none other than Steve Blum. Most notably recognized for his work as Spike Spiegel in Cowboy Bebop. Maybe you also recognize him as Garazeb Orrelios in Star Wars rebels.

Steve is a voice-acting veteran and has also worked as the voice of Wolverine in plenty of Marvel shows. He’s also no stranger to video games as the voice of Sub-Zero in the Mortal Kombat franchise. Seriously, the list goes on and on.

Mikey, the lovable angel who takes on the form of a Garfield-looking cat, is voiced by YouTuber SungWon Cho. He is also no stranger to video game voice acting. SungWon has voiced Fl4K in Borderlands 3, Krosi/Uncle Cai/Bravo in Genshin Impact, and is playing Ratatoskr in the upcoming God of War Ragnarok.

Neon Yellow is voiced by Ian Jones-Quartey, one of the writers of Steven Universe and its movie. He also voices characters such as Rad, Darrell, and Crinkly Wrinkly in the Ok K.O! Let’s Be Heroes TV series (which he is also credited as a writer on).

Courtney Lin plays the role of our murderous pal Neon Violet. She has voiced characters such as Trish in Triangle Strategy, Ryouko, Yurika, and Karpilla in Genshin Impact, and Tine in Fire Emblem Heroes. She is also an actor in quite a lot of television short series like Crash: The Animated Series, and What Do you Mean You’re Pregnant?

The voice of Neon Red is none other than Alicyn Packard. She voices Tails in the Sonic Drone Home video short, as well as Chef Tulio in Ratchet and Clank Rift Apart. You can also hear her voice in The Outer World Preil on Goron DLC as Wihlemina Ambrose.

Outside of video games, Alicyn is the voice of Little Miss Sunshine, Naughty, and Whoops on the Cartoon network Animated series The Mr. Men Show.

The people running the show, The Believers, are voiced by Bruce Barker. He voices Hellboy in Injustice 2 as well as some of the civilians in Rage 2. He has some other video game credits such as the locals in Red Dead Redemption 2, Dick Shale in Fallout 76, and downtown refugees in Wasteland 3.

The bartending angel Raz is voiced by Zeno Robinson. Known for playing Cyborg in Young Justice, Onyankopon in Attack on Titan, and Goh in the Pokemon series, you’re sure to recognize his voice.

Mikey’s assistant Gabby is played by Salli Saffioti, who has a lot of work in video games. You’ve heard her as Eramis in Destiny 2, Groma in Triangle Strategy, Haruka Frazer in Scarlet Nexus, and even Hilda in Fire Emblem: Three Houses! The list goes on and on for Salli.