Is There Friendly Fire in Warhammer 40K: Darktide? – Answered

No, that fire is not friendly and doesn't want a hug. 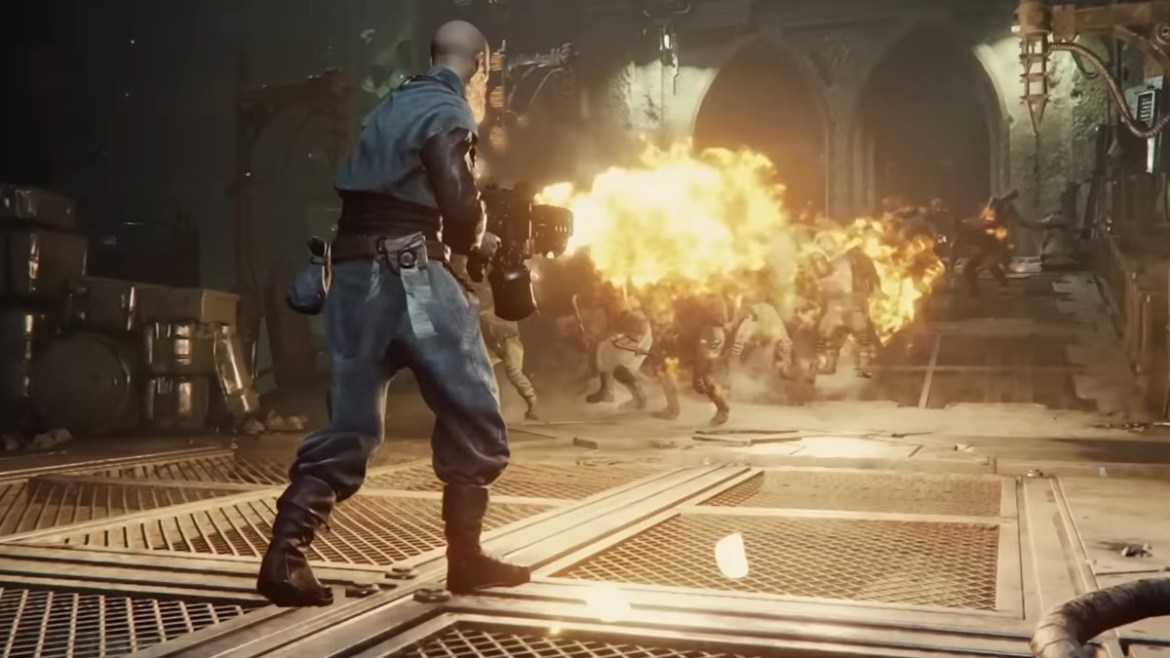 Warhammer 40K: Darktide has many systems that can be quite daunting for new players, though it does a fairly good job of explaining them. The Toughness system, for example, acts as a shield, able to be regenerated when near allies or when killing enemies with a melee weapon. One system that isn’t fully clear, nor is it specified if it exists or not, involves dealing damage to your teammates. Here is whether there is friendly fire in Warhammer 40K: Darktide.

Does Darktide Have Friendly Fire?

To give the short answer, no, there is no friendly fire in Darktide. Unlike Fatshark’s Vermintide series, any ranged damage you throw into your teammates won’t cause any issues. The reasoning for this though is more elaborate. Many of the weapons in Darktide tend to either pierce multiple targets or have a large area of effect. Take the Zealot’s flamer for example, which spreads a fire cloud across a massive area. If that were to also cause friendly fire, that would make playing with random players incredibly frustrating, as they’d constantly be getting down by the flames.

Despite there being no friendly fire, your in-game allies will still have voice lines that complain about being hit by abilities and your weapons. The most likely reason for this is that friendly fire was originally implemented but later removed, but we don’t know for sure. At the very least, if they do yell at you, you can rest assured that there are no actual negatives to shooting them.

While you can safely hit your allies with ranged weapons, it’s important to also do your best to avoid them. You won’t be hurting your allies, but hitting your teammates will block non-piercing bullets from enemies. That, and there’s no benefit you gain either.