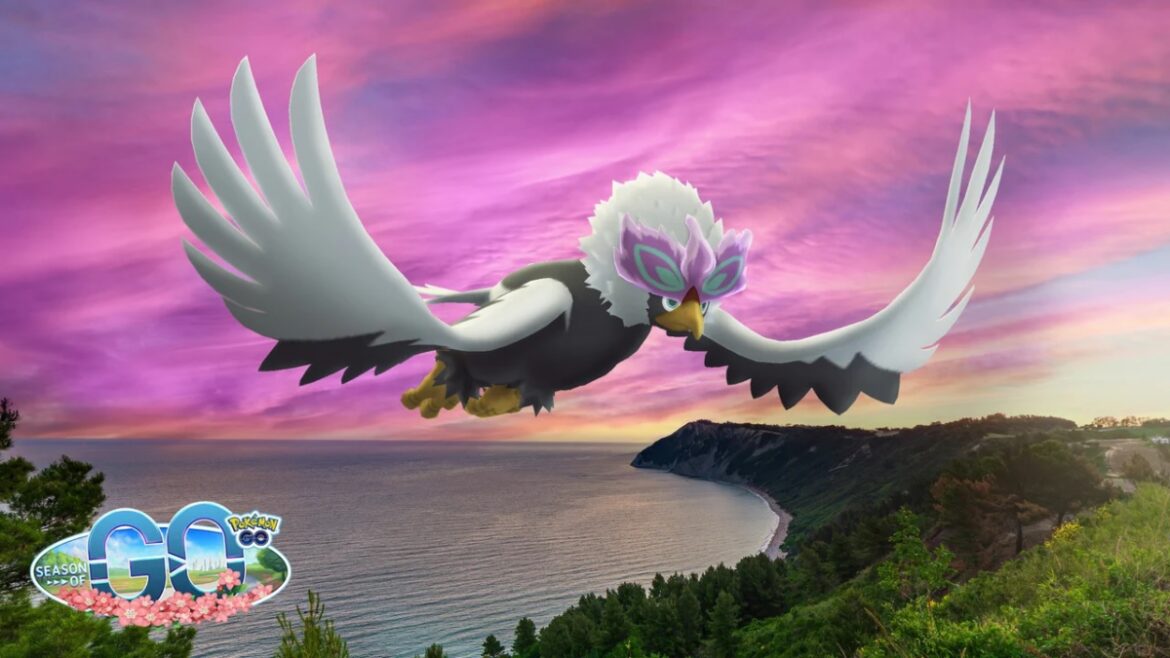 Related: How to Fly Up With Braviary in Pokemon Legends Arceus

Can You Get Shiny Hisuian Braviary in Pokemon Go?

The magnificent flying beast of the Hisui region will join other Pokemon from the same region such as Hisuian Voltorb and Electrode during the Hisuian Discoveries Raid Day, which falls on Sunday 31 July. This time-limited event will last from 11 a.m. and 2 p.m local time.

Once you encounter Hisuian Braviary during the raid, you will have to defeat it before eventually catching it with a limited number of Premier Balls.

For now, it is not stated which star raid it’ll be featured in, but it will most probably be during three or four stars raids since it is not a Legendary or Mythical Pokemon.

You catch it in the same way you do the regular version; however, odds are slim. There is a 1/20 chance of encountering a Shiny Hisuian Braviary during a raid. You may find yourself fighting the regular Hisuian Braviary at least 10 times before getting the Shiny one. Good luck, Trainers!

For more Pokemon Go content, check out our other guides, including How to Get Shiny Legendary Pokemon in Pokemon Go and How to Beat Arlo in Pokemon Go (July 2022), or click on the tag below the article.