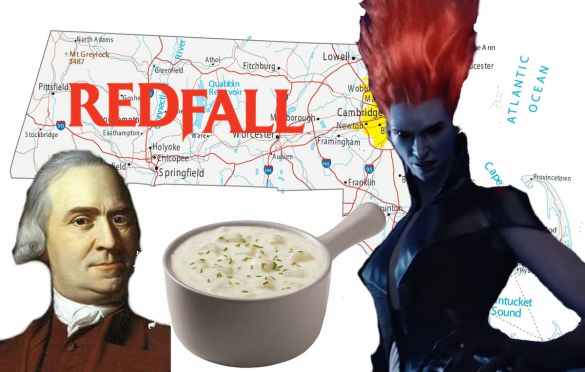 No, Redfall, Massachusetts, is not a real place. It’s a fictional island developed by Arkane to meet the needs of their open-world vampire-hunting game.

There are plenty of other real places in Massachusetts you can visit, though. We recommend Boston, the home of Pax East, Samuel Adams, and probably some actual United States history. If you’re feeling a more vacation vibe, you should check out the cape; you can get in some good beaches and some nice wine if that’s your style.

However, you’ll never be able to visit Redfall, Massachusetts, in real life because it does not exist. That’s probably for the best because it’s infested with vampires, and I don’t think you, the reader, have handled a vampire before. So maybe this should be just a fictional place in a video game. Who knows, maybe we will name an island after it, though.

You can visit Redfall when the game releases on May 2, 2023, for Xbox Series X|S and PC. The game will also be available on day one on Xbox Game Pass. So if you already have a subscription, you’re all set to go when it releases.